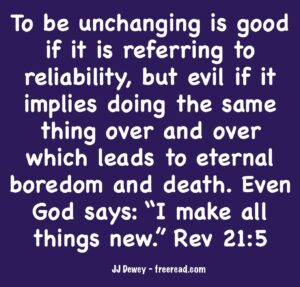 The next gathering was after Columbus discovered the new world. A new world was discovered which no one knew about. When word got to the old world that there was a new world, what happened? People said, “Hey, we can go and create a better life for ourselves in this new world. We can have freedom from religion and freedom from the king and do our own thing.” People who were interested in something higher, in freedom and gathered out of all the kingdoms. Instead of gathering together to create new kingdoms, this time the gathering was out of the kingdoms. People gathered out from all kingdoms of the world to come to the new world to create a better life for themselves.

JJ: The Roman Empire was run by Caesars and emperors and by absolute authority. The kingdoms were run by absolute authority but many people came to the new world with the idea of escaping authority, and because of this the movement gathered together people in one location who wanted to escape authority. Then when they wanted to formulate a government, they began to talk about new ideas. They thought, “We didn’t like having a king. He threw a lot of people into prison and took away freedom. Let’s create something better.” So they put their heads together to create something better. They created a system where there was greater freedom.

Eventually, as they create this system with greater freedom, it came into conflict with the kingdom world. Thus we had the great Revolutionary War between England and America. Whenever there is evolution the old way tries to destroy the new way. The old way is always threatened by the new way because the new way will actually destroy the old way. It destroys it through attrition because when a new and better way is found everyone forgets about the old way and joins the new way. Those on the old way want to prevent the new way from happening. When the colonies wanted to be free England said, “No, you have to go by the old ways.”

Audience: This is true in religions as well. (inaudible) What we have now will one day be replaced with a higher system.

Audience: Hopefully we’re evolving higher instead of destroying ourselves.

JJ: Yeah. We tend to go two steps forward and one step back. That’s the way evolution goes. We’re in danger of going back to the Stone Age. There is a danger there but hopefully we can transcend it.

So, the next step was creating a more democratic system where people had some say in the government. They fought the Revolutionary War and broke off. Interestingly enough, after we broke off, England adopted the ways of the new country so now England is fairly democratic in itself. The Monarchy is pretty much in name only.

The third step in our social evolution was the creation of a more democratic society or a constitutional republic as it’s technically called where there is input from the people voting. People have an opportunity to have a voice with freedom of speech and opportunity to make changes in their government.

Audience: Could you repeat what you just said?

JJ: Okay, the consciousness of God is concentrated on humans and we are the consciousness of God for the universe. Suppose you were the one life which is God. Everybody imagines God as a being up on a throne somewhere, but suppose you were this being on a throne and you had the whole universe before you. Wouldn’t you want to avoid doing the same thing over and over and over again? This is the idea of heaven of the regular Christian. They go to heaven then they worship at Jesus’ feet and sing songs and play harps and they do this over and over.

Audience: If we’re all at the same level in the universe including the most advanced of mankind and that’s where God is focusing His consciousness, that’s very interesting. I always thought time was rather linear and there have been planets that have reached our stage of advancement years ago and we’re just following along.

JJ: That’s what everybody thinks. They think we’re duplicating everything that’s been done before and we’ll be gods in the future and have children. It doesn’t quite work that way. Wouldn’t that be boring? If you came up with a philosophy that produces boredom you’ve come up with a philosophy that’s not from God because God is not into boredom. God has designed everything and everybody to be interesting.

For example, look at sex. Isn’t that a fascinating subject? Yet, who made it? God made sex the way it is. God made male and female, our bodies, our minds so that we can have these fascinating experiences. When you look at everything that is made through the life, which is God, you find a God that is not a static being. He doesn’t want to do the same thing over and over. He is into the game of Monopoly.

Audience: What about the Planetary Logos, the Solar Logos and all these logos and the consciousness of God?

JJ: They’ve all gone through the human kingdom.

Audience: So all the planets throughout the universe are all at the same level as we are?

JJ: No, but humans throughout the universe is the creative force in the universe. Humanity, right now, is at the midway point between matter and spirit. You have spirit on one end and matter on the other. In between is where the creation of God is taking place. Right now it’s in the human kingdom for this physical universe. You’ve heard the statement, as above, so below? That’s right with a twist. Most people use this in this way. They think, “An atom is probably like a solar system. Then we go larger and our whole universe may be just some pimple on some guy’s nose.” So we may be part of some guy’s pimple which is part of a bigger human being. Then he’s part of a bigger universe and it keeps going on and on forever.

That’s not how it works yet a lot of theories tell us that. That’s not ‘as above, so below.’ For one thing a solar system isn’t exactly like an atom. An atom is much more perfected than a solar system. An atom has reached a state of relative perfection. The various solar systems and various planets have much imperfection in them. They’re in an elementary state of their progression. A solar system has a nucleus with planets circling around it and an atom has a nucleus with particles circling around it but they’re different so, as above, so below is true, but with differences. That’s the key principle because as it says in the scriptures, “The Lord says, “Behold I make all things new.” I created a new heaven and a new earth. I do new things. I do things you’ve never seen before.”

So, when God creates and He shifts His attention from the lower to the higher, He’ll incorporate all the good elements that have been previously created then He will add new ones. When God shifted attention from the vegetable kingdom to the animal kingdom, the animals could do everything the vegetables can do and more. Humans can do everything the animals can do and more. Everything that’s within the vegetable, mineral and animal kingdom is in us in some way but we can do more. In other words, God didn’t want to create animals over and over and over again and leave it at that. He said, “I want to create something better than an animal. What could be better than an animal? A self-conscious being, someone more like me.” So He creates human beings.

JJ: Monads are part of God so to speak so when we talk about God creating, we’re also talking about Monads creating.

JJ: We are gods now. All creation has taken place in the past the way it’s happening now. We are representatives of God in the universe and how do we create? If you want to know how God creates ask how we create. Bill Gates wants to create the perfect word processing program so he starts out with version one. There are lots of flaws so they’re corrected and version two is next. Then version three and what version are we up to? Eight or nine now? With each version they’re working out bugs. After you create a new version they work out the bugs within the version. That’s like the way that God creates. God creates the same way we do because He creates through us. For instance, we get together and create a car, then create a better car until we get a car so good that it does everything we want it to do until improvement becomes almost impossible.

We can have facts without thinking but we cannot have thinking without facts. John Dewey (1859 – 1952)