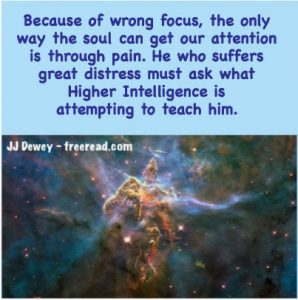 From the Old Age to the New

As we move from one age to another both sides of the spiritual spectrum are tempted, and usually succumb, to the line of least resistance, which are the energies of the old age rather than the new.

In relation to this a reader made and interesting and honest statement:

“Even so, I have still managed to think about JJ’s question a little. I have to admit to looking at the two lists for Pisces and Aquarius and thinking that if I had to choose, the Pisces list was more attractive. That told me that I was either still locked into Piscean energy a little or didn’t really understand the energies of Aquarius.”

Actually the answer for most of us is a little of both. The energies of the old age pull strong at us as if they are in a life and death struggle for our attention, and the energies of the new age seem to be the evil rather than the good for many because they are not seen in the light of day.

Let us take a look at the introduction of the energies of Pisces through Jesus and the early Christians.

Did the world accept the idea of personal sacriﬁce for something higher than self?

No. They wanted to continue to sacriﬁce animals, objects and things other than self and ego.

Did they accept the idea of love manifest through sacriﬁce?

No. To the people if that time love was the idea of possession and if the woman loved her husband she became a useful possession. If you loved God you became an obedient possession for God and sacriﬁced anything but self for Him.

Did the people accept the ideal that an individual can become a perfected Son of God?

No. To the Romans that was blasphemous to Caesar and to the religious leaders of the time this idea was blasphemy to God himself.

Now remember that Jesus did not come at the very beginning of Pisces, but after the shift in inner energies had already occurred and still the people resisted.

Over 99 per cent of the people wanted to keep attention focused on the Age of Aries and persecuted and threw to the lions those who represented the New Age of that time.

Now that the Age of Pisces is passing do we drop the lessons learned of sacriﬁce, love and idealism?

Instead we take the lessons learned from that age and incorporate the best of them into our psyche, but we shift our attention to the new energies. If we correctly shift our attention then the energies of the old age will be correctly incorporated without our even thinking about it. But if we try to keep our main focus of attention on the old energies we will ﬁnd that there will appear a resistance to the soul, and the true energies of sacriﬁce, love and idealism will become corrupted, just as the old energies did with the Romans.

Now service probably sounds acceptable to most people, but law and business probably seems a little suspect, but trust me on this. When we are ﬁnished talking about these many of you will receive soul conﬁrmation.

Let us start with examining service as it applies to Aquarius ﬁrst. Now service has always been an item in the spiritual teachings of the race, but the difference in Aquarius is that the major emphasis of all the new teachings will circle around it whereas in past ages the word service circled around something else.

In the age of Taurus the idea of service was to one of many gods, one of many tribes or families. In the age of Aries service was toward the One God, the one king or the one religion. Then in the Age of Pisces the idea was service through sacriﬁce with no material reward. The only thing you got from it was the Love of God and your fellow man. This was exempliﬁed by the teaching of Jesus of “going the extra mile” whether you got anything out of it or not.

Question: How is service going to have a different focus of attention in Aquarius than Pisces?

Service in the new age will be seen in the light of the LAW of cause and effect and karma, and BUSINESS is the launching pad of the new vision.