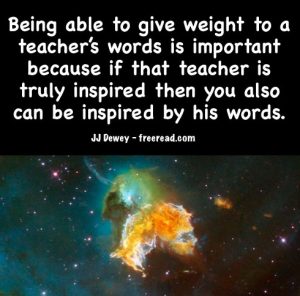 The following is based on a dialog I had with a Blavatsky skeptic.

Concerning HPB I agree part way with your criticisms, but remain open to all. For instance, I think she was an amateur magician and did use some trickery at times, but then there were some instances where she did appear to use supernormal abilities. Here is just one from the book “Madam Blavatsky Revisited”:

“No teetotaler at this time, H.P.B. daily joined her Russian compatriots for drinks. One day she mischievously broke the glass of “Mr. N” as he tried to take a sip of wine. Others at the table immediately suspected Madame of this prank, but her victim sputtered:

“You do not mean to infer that it is you who broke my wine glass … It (was) simply an accident … The glass (was) very thin; it was perhaps cracked, and I squeezed it too strongly.”

“He then challenged her to duplicate the feat. She accepted. H.P.B’s fellow Russian emigres would recognize her an authentic magician if she succeeded. Failure would make her the laughingstock of the consulate. Mr. N. explained what happened next.

“I half-filled the tumbler with wine and prepared to drink it. But no sooner had (it) touched my lips than I felt it shatter between my fingers, and my hand bled, wounded by a broken piece (of glass.)”

This is difficult to explain with trickery. For instance, she had no way of knowing the guy would ask for a repetition of the event and do they even make a wine glass to this day that would explode when touching the lips?

To this the skeptic replied that HPB worked closely with John Keely who was a very famous specialist in Vibratory Physics and had technology that could shatter granite or quartz. He thought maybe she was using some device he conjured up.

I replied as follows: I have five biographies of HPB and Keely is not mentioned once. She referenced him a couple times in her writings, but can’t find any evidence of a close relationship. Keely suffers from the same fate as HPB in that his miraculous quartz to dust machine is accused of being fraudulent since no one could duplicate it. Blavatsky said it was because of his own occult powers that he was able to accomplish the feats he did and successfully predicted he would not have commercial success because others could not duplicate his demonstrations.

Here is another interesting account giving evidence of some of HPB’s supernatural claims. In this case she produced many quotes from books that she did not have available and the claim is that she was able to see them in her mind as projected to her from the Masters.

“HPB always wrote the editorial [for Lucifer] herself, and also many other articles under more than one nom de plume, and she had a fancy for very often heading it with some quotation, and it used to be one of my troubles that she very seldom gave any reference for these, so that I had much work, and even visits to the British Museum Reading Room, in order to verify and check them, even when I did manage, with much entreaty, and after being most heartily “cussed,” to extract some reference from her.
“One day she handed me as usual the copy of her contribution, a story for the next issue, headed with a couple of four-line stanzas. I went and plagued her for a reference and would not be satisfied without one. She took the MS and when I came back for it, I found she had just written the name “Alfred Tennyson” under the verses. Seeing this, I was at a loss, for I knew my Tennyson pretty well and was certain that I had never read these lines in any poem of his, nor were they at all in his style. I hunted up my Tennyson, could not find them, consulted every one I could get at—also in vain. Then back I went to HPB and told her all this and said that I was sure these lines could not be Tennyson’s, and I dared not print them with his name attached, unless I could give an exact reference. HPB just damned me and told me to get out and go to Hell. It happened that the Lucifer copy must go to the printers that same day. So I just told her that I should strike out Tennyson’s name when I went, unless she gave me a reference before I started. Just on starting I went to her again, and she handed me a scrap of paper on which were written the words: The Gem—1831. “Well, HPB,” I said, “this is worse than ever, for I am dead certain that Tennyson has never written any poem called “The Gem.” All HPB said was just, “Get out and be off.” So I went to the British Museum Reading Room and consulted the folk there; but they could give me no help, and they one and all agreed that the verses could not be, and were not, Tennyson’s. As a last resort, I asked to see Mr. Richard Garnett, the famous Head of the Reading Room in those days, and was taken to him. I explained to him the situation and he also agreed in feeling sure the verses were not Tennyson’s. But after thinking quite a while, he asked me if I had consulted the Catalogue of Periodical Publications. I said no, and asked where that came in. “Well,” said Mr. Garnett, “I have a dim recollection that there was once a brief-lived magazine called the Gem. It might be worth your looking it up.” I did so, and in the volume for the year given in HPB’s note, I found a poem of a few stanzas signed “Alfred Tennyson” and containing the two stanzas quoted by HPB verbatim as she had written them down. And anyone can now read them in the second volume of Lucifer*: but I have never found them even in the supposedly most complete and perfect edition of Tennyson’s works.”
From THE ESOTERIC WORLD OF MADAME BLAVATSKY

To this he said that HPB and Olcott and others admitted that these stunts were frauds.

I pressed him for a reference but he did not supply anything specific to my question. I replied:

I wouldn’t call an occurrence in private with a single assistant a stunt. HPB probably had no idea the incident would wind up in a book. Yes, it is possible that she or someone else could have retrieved obscure quotes, but she had so many more quotes than she had reference materials that it gives some credibility to her claimed telepathic communication.

It is also possible that we did not go to the moon, but highly improbable.

Here is one more example of what would seem to be supernatural a abilities:
“‘Belle’ Olcott Mitchell became one of H.P.B.’s best friends in America. Because she liked jewelry, Madame performed several phenomena involving rings, earrings, and brooches. Once she gave Belle a plain gold band and closed her fingers over it. When she opened her hand again, the ring contained three small diamonds. One day H.P.B. told Belle to open a drawer. The contents looked like Solomon’s treasure. Belle fondled and admired gold lockets, unset gemstones, rings, bracelets, and pendants. After she returned these articles, H.P.B. closed the drawer and instructed her to open it again. When she did so it was empty. Around February, 1878 Belle spied what looked like a pearl necklace in Madame’s bedroom. H.P.B. gave her this item, but warned her not to let anyone else wear it. Forgetting this admonition a few weeks later, Belle let her baby son play with the necklace, while she went downstairs to attend a seance. During that session, an Indian’s astral double warned her to check on the child. She ran upstairs and found the necklace hot and half-melted around her little boy’s neck.”
From Madame Blavatsky Revisited

The drawer changing could be a magician’s trick, but the melting necklace because of neglecting the warning does seem strange indeed.