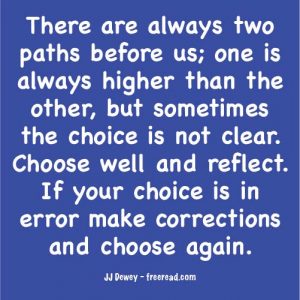 I sense that some see the discussion of these laws as rather dry and difficult to understand..

What is interesting though is that the Law of Love is the next in line of the major three laws. DK calls it the Law of Attraction and many are interested in this.

What is interesting, however, is that the understanding of one law enhances the understand of other laws and all the laws seen and understood as a whole reveals the light and love of God in a way that cannot be comprehended with an emotional approach alone.

What is this first great Law that he calls the Law of Economy and what is the principle behind it?

DK gives a wide variety of comments around this law but perhaps his best definition is:

“The law which adjusts all that concerns the material and spiritual evolution of the cosmos to the best possible advantage and with the least expenditure of force. It makes perfect each atom of time, and each eternal period, and carries all onward, and upward, and through, with the least possible effort, with the proper adjustment of equilibrium, and with the necessary rate of rhythm.” Treatise on Cosmic Fire (or TCF), Page 568

As we ponder the deeper and full meaning it might be helpful to examine some of the pertinent statements DK made concerning this law. Here are some of the helpful ones to ponder:

“It is the law governing the scattering of the atoms of matter and their dissociation from one another, wide distribution, vibratory rhythm, heterogeneity and quality and their inherent rotary action. This Law of Economy causes matter always to follow the line of least resistance, and is the basis of the separative action of atomic matter. It governs matter, the opposite pole of spirit.” TFC, Page 214

This law governs the Third Aspect.

It governs the internal fires of the system related to fire by friction.

It manipulates matter, “so as to make it fit, or equal to, the demands and needs of the Spirit.” It blends matter and Spirit. It governs rotary action of matter. The activity of matter is the result of the Law of Economy.

“The Law of Repulsion as one of the subsidiary branches of the great Law of Economy, which governs matter.” TCF, Page 154

“Under the Law of Economy man hears. Sound permeates matter and is the basis of its subsequent heterogeneity.” TCF, Page 198

“This Law of Economy has several subsidiary laws which govern its effects on the different grades of matter. As said before, this is the Law swept into action by the sounds as uttered by the Logos.” TCF, Page 216

“The subsidiary laws under the Law of Economy are four in number, dealing with the lower quaternary:

“(1) The Law of Vibration, dealing with the key note or measure of the matter of each plane. By knowledge of this law the material of any plane in its seven divisions can be controlled.

(2) The Law of Adaptation, is the law governing the rotary movement of any atom on every plane and subplane.

(3) The Law of Repulsion, governs that relationship between atoms, which results in their non-attachment and in their complete freedom from each other; it also keeps them rotating at fixed points from the globe or sphere of opposite polarity.

(4) The Law of Friction, governs the heat aspect of any atom, the radiation of an atom, and the effect of that radiation on any other atom.

“Every atom of matter can be studied in four aspects, and is governed by one or other, or all of the four above mentioned laws.” TCF, Page 219

“A man is governed by the Law of Attraction, is evolved through the Law of Economy, and is coming under the Law of Synthesis.” TCF, Page 249

“The Law of Attraction is the primary law of man. The Law of Economy is a secondary law for man. It governs the matter of his vehicles. The Law of Synthesis is steadily beginning to be felt.” TCF, Page 253

“The process goes on under the Law of Economy, which is the law of substance itself; in the final two cycles this law becomes merged (though not superseded, being still potent) with the Law of Attraction, which is the fundamental law of the divine Self.” TCF, Page 766

“The Law of Economy is the law of the negative electron; the Law of Synthesis is the Law of the positive central life; whilst the Law of Attraction governs that which is produced by the relation of these two, and is itself controlled by a greater cosmic law which is the principle of the intelligence of substance. It is the law of Akasha.” TCF, Page 1167

“It must be borne in mind that these three laws are the expression of the intent or purpose of the three Logoic Aspects. The Law of Economy is the governing principle of Brahma or the Holy Spirit; the Law of Synthesis is the law of the Father’s life; whilst the Son’s life is governed by, and manifests forth divine attraction. Yet these three are the three subsidiary laws of a greater impulse which governs the life of the Unmanifested Logos

“(a) The Law of Economy demonstrates as an urge,

(b) The Law of Attraction as a pull,

(c) The Law of Synthesis as a tendency to concentrate at a centre, or to merge.” TCF, Page 1182

It is “an expression of the Principle of Materialisation.” Esoteric Psychology, Vol 2, Page 242

“The man who aims at providing a point of contact, between conditions of chaos and Those Who work for constructive ends and order, should likewise use that most necessary factor of common-sense in all that he does. This involves always obedience to the law of economy of force, due to discrimination, and a true sense of values. Where these are present, time will be economised, strength will be husbanded, energy will be wisely distributed, excessive zeal will be eliminated, and the Great Ones will be able to depend upon an aspirant’s sagacity and thus find a helper.” A Treatise on White Magic, Pg 323

Then he gives us two statements that guide us to the core principle.

First he speaks of “a waste of energy which is forbidden under the Law of Economy.”

“As time progresses and the race reaches a higher point of development, we shall be able to comprehend more, but under the law of economy it would be fruitless effort for the teachers of the race to instruct us on the characteristics needed for the treading of the seven Paths, before we have as yet apprehended or developed those required for traversing the Probationary Path, not to mention the Path of Initiation.” Initiation Human and Solar, Pg 185

You have heard me say many times that the Masters do not like to repeat themselves. What does this have to do with the law of economy?

Does then the Law of Economy tell us that the repetition of a past revelation presented as if it were new is probably not a true revelation from the Hierarchy?

Do we have to understand the Law of Economy before we can master the Law of Love? Why?

Study the above quotes and contemplate them and give us any additional insights that come into your mind.

I installed a skylight in my apartment…The people who live above me are furious! Steven Wright