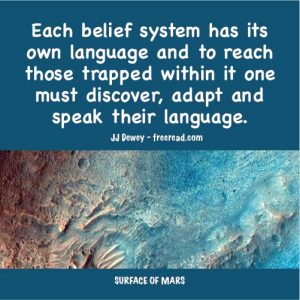 Question: Concerning Isaiah 14 where it talks about the fall of Lucifer you seem to go along with the standard interpretation of the fall of an angel whereas Bible scholars say it was symbolically referring to the King of Babylon. Which is correct?

Actually, both views are.

We must remember that the more inspired the words the greater the number of ways they can be interpreted. The fact that Isaiah’s words can be interpreted in so many ways is a strong indication that he is one of the deepest writers of all time.

DK himself said that Isaiah, Ezekiel and John the Beloved are the three greatest writers of the Bible.

Concerning them he wrote:

“Isaiah and Ezekiel are the only two of the Hebrew prophets who had true prophetic and cosmic vision. The others were small, but intelligent men who, from analysis and deduction, assessed the immediate future and indicated immediate possibilities. They had no direct revealing intuition. In the New Testament, John, the beloved disciple, was privileged to gain a cosmic picture and a true prophetic vision which he embodied in the Apocalypse, but he is the only one who so achieved and he achieved because he loved so deeply, so wisely and so inclusively. His intuition was evoked through the depth and intensity of his love-as it was in his Master, the Christ.” Glamour, A World Problem, Page 137

Many scholars in this age believe that John did not write the Apocalypse (The Book of Revelation), but here we are told by a Master of Wisdom that he indeed was the author.

Because Isaiah had a “cosmic vision” he was not only able to write with dual meaning, but his words also applied to multiple cycles of time. In other words, because history repeats itself, he was able to write to his present as well as the future, even our future, a time millennia away from him.

A book of Mormon Prophet writes:

“I did read unto them that which was written by the prophet Isaiah; for I did liken all scriptures unto us, that it might be for our profit and learning.” I Nephi 19:23

Nephi here had the right idea in that he related the words of Isaiah to his people. This can be done in any cycle in which they apply.

Christ is quoted as saying:

“For surely he spake as touching all things concerning my people which are of the house of Israel; therefore it must needs be that he must speak also to the Gentiles.

And all things that he spake have been and shall be, even according to the words which he spake.” 3 Nephi 23:1-3

The last verse in interesting in that it says that Isaiah’s words “have been and shall be.”

In other words, the great cycles of history will make his words come to pass again and again, but with different peoples and differing circumstances.

In speaking of Lucifer, God told Isaiah to “take up this proverb against the King of Babylon, and say, How hath the oppressor ceased! The golden city ceased!” Isa 14:4.

Thus we have evidence that the words Isaiah wrote were applicable to “the King of Babylon” who was meant to represent Lucifer in that age.

But there is evidence of his dual meaning in that Lucifer applies to something more than an earthly king:

“How art thou fallen from heaven, O Lucifer, son of the morning! how art thou cut down to the ground, which didst weaken the nations! For thou hast said in thine heart, I will ascend into heaven, I will exalt my throne above the stars of God: I will sit also upon the mount of the congregation, in the sides of the north: I will ascend above the heights of the clouds; I will be like the most High.” Isaiah 14:12-14

Another clue is found in the words: “I will ascend into heaven.”

This would literally apply more to an archangel than an earthly king, but could figuratively apply to a mortal.

Also: “I will exalt my throne above the stars of God.”

Again, we have a dual meaning where his words could apply to a fallen angel.

Concerning the fall of Lucifer DK wrote: “Again, in the council chamber of the Most High, there has not always been peace and understanding, but at times, war and disruption; this is made abundantly clear by several of the stories in the Old Testament. Symbolically speaking, some of the sons of God fell from their high estate, led, at one time, by “Lucifer, Son of the Morning”. This “fall of the angels” was a tremendous event in the history of our planet, but was nevertheless only a passing and interesting phenomenon in the history of the solar system, and a trifling incident in the affairs of the seven constellations, of which our solar system is but one. Pause and consider this statement for a moment, and so readjust your sense of values.” Esoteric Psychology, Vol 1, Page 394

Reader Comment: ….for the briefest moment (as in a nanosecond) I had a brief flash of what it would be like for me…as a man to discern “good from evil” and “know it” not as “a man” (or I presently) knows “good and evil”, but as (a) God would/might…more towards the feeling of “an asurety or a level of confidence…it wasn’t a feeling of “power”, but more towards one of “sweet/delightful joy”… …sorry, it didn’t last all that long, and even when I went back and read it again, I didn’t “feel” the same thing…and that’s okay as what was left was “a belief” that it was possible…and also that my present level of discernment of what is “good and/or evil” (or the difference) is still…well, “lacking”…

JJ: This is a great description of the holy instant where the seeker, after a period of contemplation, finds a trigger that projects him into the “eternal now.” This is accomplished through the door of the soul and brings access to knowledge of all true laws and principles.

Because the experience happens in timelessness it does seem less than a “nanosecond,” as he says, and when the pilgrim comes back to time and space it seems so fleeting that he wonders if it wasn’t just his imagination getting the best of him. In fact many dismiss it as imagination and lose it completely and do not re-experience it for some time to come.

The disciple must realize he has had an incident through soul contact and take the time to contemplate immediately after the experience and retrieve for the physical brain as much knowledge as possible. He should write all his thoughts down else he may lose them for they are often fleeting.

The first time or two it may not be much more than outside of an awareness that he had access to something wonderful, but just can’t remember what that wonderful thing was.

The eternal principle is this. “Energy follows thought.” If the seeker places much thought and attention on experiences like these then energy will flow into it and each time it happens he will retrieve greater and greater quantums of knowledge until at long last he can access the “rain cloud of knowable things” at will and comprehension of all laws and principles will be available to him, should he seek to know them and bring them down to the physical plane.