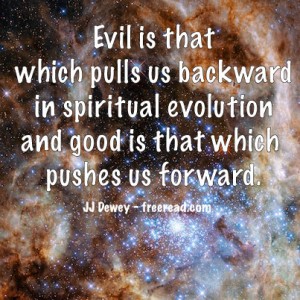 There has been a lot of talk in new age and esoteric circles about Piscean and Aquarian qualities and aspects that surface in our society. The Piscean is generally associated with the old that is passing away and no longer applicable and the Aquarian with the new that will be a part of the new age of peace, prosperity, love etc.

The problem with numerous assumptions made is that many tend to associate their own ideals and bias with the coming great age and associate all they dislike with the passing age of Pisces, generally seen as a pretty bad age that we should be happy to leave behind, or bury with the dead bones of the ignorant. Nowhere is this attitude more prominent than in the political world. The political view that is supported is seen as Aquarian and the opposing side is seen as old age or Piscean.

Let us attempt to put aside prejudices and do our best look at this subject objectively. The first thing we must do is draw a demarcation between Piscean and Aquarian characteristics so we can spot them in today’s climate. Without doing this it is pretty meaningless to just state that Joe the bartender’s views are old age with no light to them.

In examining the two ages we must not only take into consideration the astrological aspects, but also the Rays. The rays three, five and seven are active and closely linked to mind and harmonize well with Aquarius which is an air sign. Air is a symbol of the mind. Ray seven will produce the greatest changes in the near future and it is associated with Uranus, the ruling planet of Aquarius.

Just as Pisces is passing away so is the dominating ray of that age which is six. Pisces is a water sign, symbolic of emotions and ray six is the most emotional of the rays, governing the solar plexus. The water influence of Pisces with the idealism of ray six makes for a very emotional age where the people will often follow a course that runs contrary to logic.

As we read the history of the past two thousand years we indeed see that strong illogical emotions often governed the day rather than the voice of reason.

That said, let us tabulate some of the qualities of the passing age as well as the new.

A focus on an ideal that stirs the emotional center. This causes people to emphasize perfection and is why there has been so much attention placed on Jesus as the perfect man who is linked to a perfect God.

A focus on sacrificing for the ideal in hope of benefiting in the next world.

An emphasis on strong authority that takes the place of analytical thinking.

Seeing things in black and white rather than the nuances in between.

Strong judgmental approach. The Inquisition was an example of this.

People will switch from an emotional polarization to a more mental one. Logic and reason will play a much lager roll in decision making.

Growing focus will be placed on service for the good of the many.

Less emphasis will be placed on the ideal and perfection and more on what works and benefits humanity.

Using sacrifice to achieve a goal in hope of benefiting in the this world.

An emphasis of questioning authority and finding out the truth for oneself through his own efforts.

There will be a moving away from the black and white judgmental attitude and people will attain a broader scope of vision, seeing many shades of gray.

Maximum freedom will be sought and secured by the establishment of just and fair laws supported by the will of the majority of the people.

The seventh ray, which governs business, will influence business to continue to evolve. We will see more employee owned businesses and various types of cooperatives surface. Law, which is also seventh ray, will begin to adhere to the Law of Economy and assist business and the people rather than creating unwarranted obstacles.

If I had to distil the differences of the two ages down to a paragraph it would be this.

Decision-making in passing age of Pisces was governed by emotion and influenced by strong authority. In the new age it will be governed by mind, putting logic and reason ahead of feelings.

Right now we are between the two ages. The emotional control of Pisces still dominates over mind. The reason for this lingering of emotional control is that there are still many sixth ray egos incarnating and, according to DK, we’ll still see a lot of them for the next 120 years. After that, the sixth ray will be mostly out of incarnation and we will see the rise of a humanity that is capable of being polarized in the mind, which makes logical decisions rather than feel-good emotional ones that often lead to disaster.

Let us hope that civilization holds together until that day arrives.

Many of the things that have been accepted by the majority of seekers as positive change are correctly seen as Aquarian, or new age, in tendency. Here are a few:

(1) The shift away from authoritarian rule toward democracy. There is still way too much authoritarianism, but we are much better off than was the world in the midst of the Piscean Age.

(2) The shift toward the scientific method and acceptance of proven scientific discoveries.

(3) The shift away from absolute control of the church and religious authorities.

(4) The shift away from teachings that have no foundation in logic and common sense. There are still a lot of non-sensible teachings afloat, but humanity has taken a few steps toward the more logical side of things.

(5) The abolition of slavery and the shift toward greater individual and group freedom.

Wendell Phillips reminded us that this shift could be temporary. He said, “Eternal vigilance is the price of liberty; power is ever stealing from the many to the few.”

Indeed we always have the power hungry seeking to control the many for the benefit of the few.

(6) The rise of charitable and service organizations that help those in need.

(7) The rise of spiritual investigation not connected with any church or dogma.

(8) The dramatic increase in technology, including. Technology involving air and space travel is particularly Aquarian, though technology as applied to business is strong also.

Now let us examine the controversial items on which there is much division, not only among spiritual seekers but all classes of people.

Paramount among them are:

Which political candidate to support?

Since both sides of the equation represent numerous issues, examining the choice becomes complicated. To determine whether one is Pisces or Aquarian in approach he needs to ask himself this question.

Is my decision on which party or candidate to support based on emotion or mind, reaction or reason, the good of the whole or satisfying the part?

The tricky thing about sorting out those who make decisions based on emotion is that many emotionally based people are found on both sides of the political equation. An emotionally based choice that is the better of the two is generally based on luck, but it often happens. They happen to get their data from a correct source or authority and it feels right to them so they go with it because of how it makes them feel. Without using the weight of mind though they will often make the wrong choice in other matters. Only through the application of mind, reason and logic can humanity as a whole consistently make the choice that is the greater good.

Another problem is that the person who makes a choice because of emotional polarization doesn’t see it that way. Many such people are very intelligent with good memories and have lots of facts, statistics and talking points in their computer brains. Almost all people whether they be polarized in the mind or emotions see themselves as following the path of reason and common sense. No one likes to think otherwise, no matter how unreasonable their conclusions may be.

If many of those making feeling based decisions are also intelligent then why would they stay with the emotional decision over the reasonable one?

The answer is that the emotions are very powerful. Everyone perceives the emotion of love on some level and feel that if their decision is based on this then it is the most reasonable in the end. The problem is that there are many glamours and illusions in the way of seeing perfect love, so being motivated by the emotion of love, especially solar plexus love, is not an accurate guide for decision making.

First, one must go though the avenues of the mind and learn to see the wisdom aspect of the heart center to see reality as it is. When the seeker has done this then he can make wise decisions as well as do that which is in harmony with inclusiveness and loving our fellow men and women.

Here is how it works for the intelligent, but emotionally polarized person.

He examines the surface of the issues and one side just feels much better than the other. From that point on his feelings cause a possible open mind to shut down. Instead of looking for the truth wherever it may lie he only looks for facts and reason that will verify his original feeling. He then proceeds with all the resources of a mentally polarized person to gather information to prove to himself and others that his feeling was correct.

An example of this we can all relate to is the illusion prevalent for thousands of years that the earth was the center of the universe with the sun and all the stars circling around it.

The answer is simple. Each emotionally based person feels himself to be the center of the universe, so naturally the earth on which he resides is also the center of all things.

The idea that the earth is the glorious center of all creation harmonized with feelings of the Piscean aged people. We, as a people, had to be dragged away from this idea, kicking and screaming, until realty stared us in the face with such power that we were forced to acquiesce.

Today, both the emotionally and mentally polarized yield to the proof that it is the earth that circles around the sun.

BUT… that old idea still has residual power causing many intelligent, but deluded people to believe that:

The truth is that earth is only one of trillions of planets in the universe with various forms of life. It is more beautiful than most, but not unique or the center of anything except from this point of view. Every creation and life in the universe is a center from which all things in its periphery must be discovered.