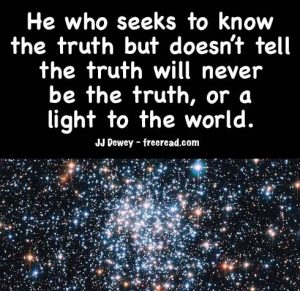 The law expressing this principle (of differentiation) is this:

In creation where there is more than one, no two items will be alike, but each will have properties peculiar to itself.

Is it then illusion to see two as the same rather than different?

An off shoot of the principle of differentiation is discernment. What is discernment and why do we have to see the many in all of their colors before we an see the One?

Answer – It can be illusion to see sameness . Seeing the unity and oneness of all life and forms is good and true, but seeing sameness where there is no sameness is illusion and the source of many problems we experience in our society today.

For instance, the tendency in education today is to give all students a similar grade even though their performance is much different.

Many classes also use the same teaching methods for all even though some are prepared for much more advanced learning than others.

In economics many want to force sameness by stealing from the rich and giving to the poor. Equality is a desirable goal but it cannot be obtained by force or by the illusion of seeing sameness when such does not exist. Differences must be seen as they really are and then we must proceed toward unity.

Any unity and oneness that seems to be obtained by seeing illusionary sameness or the use of force is not true unity. Oneness must be obtained through true seeing and free will.

The beauty of a flower can only be fully appreciated when one discerns all the differing colors and shapes that join together as one creation. If one tried to see only one color where there were hundreds or one shape where there are many the beauty and oneness of the life in the flower would be bypassed.

Discernment is seen by many to be separative whereas the truth is that a lack of discernment produces separateness as illusion always does. True discernment sees the many and allows one to find the true unity in the many.

Discernment allows the seeker to move away from a black and white world to one with thousands of shades. The shades are a part of the life of God as well as the stark contrasts.

A reader expressed concern over my use of words but I do not see any problem with any of the terms I use. A teacher cannot proceed as if he may be stepping on eggshells. Purity of motive and the light of truth can dispel much that may come against us.

If we had to avoid words that could be construed as negative we could hardly use any words.

Consider words such as Bible, Jesus, Christ, God, Lord, Spirit, baptism, salvation etc. These are all Biblical words that are used by many preachers that I would rarely associate with, yet the words are positive when used in the teaching of truth.

As far as the term “New Jerusalem” is concerned it may be true that some unsavory organizations use the term, but so what? There have been millions of sincere people over thousands of years who have lived and died with this as a concept of beauty in their hearts and minds so overall this term vibrates to a high key in the ethers.

I am a big supporter of the works of Alice A. Bailey, but am not connected with Lucis Trust in any way.

Basically none of the other groups have my attention which lack of attention is the of the best protectors from negativity of association.

Next we’ll look at the principle behind these three key words – “knowledge – wisdom – understanding.”

Let us examine these and start with knowledge.

My internet dictionary defines it as follows:

“All the facts that are known about different things or about life generally.”

Is all information knowledge?

If not then what kind if information is knowledge and how is true knowledge acquired.

Is knowledge really power? Why or Why not?

Many are praised for having much knowledge when in reality a large percentage of what is in their brain is not true. In the days of Columbus many thought they had “knowledge” that the earth was flat, but real knowledge was only to be had when it was realized the earth was round.

If the seeker has a foundation of 12 pieces of data but one of them is false then all he thinks of as knowledge which is built on this foundation may be distorted and not be true knowledge.

Question: How is true knowledge acquired.

Reader: “…by study, by faith, by revelation.”

This is true, but there is one more important ingredient which we have been discussing recently.

In addition to this the other two parts of this triangle play a part.

How does wisdom and understanding aid in the discovery of true knowledge?

As evidence of this note that Jesus did not do his work alone, but called twelve and then seventy disciples.

Buddha had his nine hundred arhats to assist him.

No great teacher has expected to be a light to the world all by himself.

The critical mass for the coming of Christ is the beginning of New Jerusalem, but it will be some time after his coming, or Presence, before the first cell of 144,000 is complete.

The number necessary for his coming is not revealed but this basic idea must be in place: That is, when he does appear there must be a sufficient number of people prepared to recognize him so he is not viewed as just one more delusionary messiah figure. These people must be prepared to accept his teachings and act as transmitters of the light to make a true beginning to the presence of Christ which shall (over a period of time) lighten the earth even as lightening shines from the east to the west.

Last time his presence required the readiness of twelve units capable of soul contact. This time it could be quite a bit more but I make no prediction. Those working in harmony with the Christ will know when the time comes.

Djwhal Khul tells us that he will have 9000 teaching disciples with him after he gets settled in to work. There will be many more than this number who will assist him but these 9000 will have ability to understand the Christ and transmit his teachings in a way that will reach the masses.

The raising of consciousness has been going on for millions of years, but has been accelerated in recent times. “Quickening” is a word loosely thrown around by New Agers. So far I have seen no group demonstrate anything more than slow progression toward the light. It is not as slow as it was 1000 years ago, but it is still slow. Nothing will seem very quick until a critical mass is reached.

A reader stated that It was reported in 1987 Critical Mass of 144,000 was reached with the Harmonic Convergence.

But who with believability reported this?

I participated in the Harmonic Convergence and I report differently. Here is my report. It was a good experience and raised some good feelings and vibes, but was not world changing nor did any transformation of the earth occur as will be initiated when a real critical mass is reached. There were probably over 144,000 participating in the Harmonic Convergence but there’s more than that number of Mormons participating with good feeling at each general conference and the results are similar with a differing vibration.

The coming critical mass I am talking about will initiate change that has not been witnessed in recorded history.

Some think that Jesus and Buddha did not seek followers but in actuality they both went out in the world, presented their message and found disciples.

The twelve apostles were not originally followers of Jesus, but of John the Baptist. John’s mission was to prepare a number of intelligent people to be spiritually prepared for a mission with Christ when he would come. Then when Jesus did show up, the apostles did not come to him and ask to be disciples, but Jesus went to them and said:

“Follow me and I will make you fishers (gatherers) of men.”

Then after the selection he laid his hands on them and said:

“You have not chosen me, but I have chosen you.”

Progression on an individual basis will only take us so far. The next step is progression as a group of individuals obtaining soul contact.