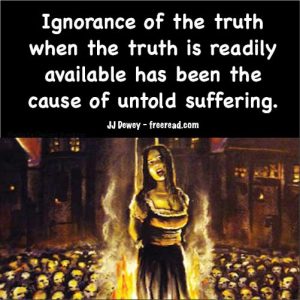 Cloning and the Raelians

As many of you have heard, a group that the media has classified as a cult has claimed to have cloned a little girl who they named Eve.

Brigitte Boisselier is the doctor leading the project headed up by a strange group called the Raelians.

The Raelians were began by Claude Vorhilon who claims he met an alien called Yaweh Elohim on an extinct volcano in 1973.

He teaches that aliens produced the first man through cloning and that they will return to the earth around 2030-35.

The group believes they can achieve eternal life through cloning. The regular idea of cloning is the first step. They believe they will go further than this by eventually making a clone of ourselves and then transferring consciousness into it enabling one to continue living in the same shaped body as long as desired.

The group believes in promiscuous sex and meets in groups for free-for-alls.

“Sect members should also not reject but have sex with another person if that person wants to gratify them sexually.

“Sect members can have heterosexual, homosexual and bisexual sex in couples, threesomes, foursomes and ‘moresomes’.”

This type of teaching does have certain appeal to those who want to go with the flow – the lower flow of matter rather than Spirit.

They also have some odd objectives. For instance they want to clone Hitler so they can put him on trial for war crimes.

Here are some questions:

If they cloned Hitler would it be Hitler so they could really punish him or would they be punishing an innocent entity?

If you had a clone made of yourself do you think it would look exactly like you or just close?

Would the clone be exactly like your personality or would it be a different entity entirely, but with similar energies in circulation?

Suppose you could create a clone and transfer your consciousness into it? What would be the result? Could you take over the young body, yet retain all your memories and personality?

Would this be a desirable thing to do? Why or why not?

You gave some good answers to the cloning questions. Here are mine.

Question: If they cloned Hitler would it be Hitler so they could really punish him or would they be punishing an innocent entity?

Answer As soon as we die we start preparing for our next incarnation. Part of this preparation is working with our souls to prepare our next body which is a little like a computer programmer making the next version of a program. He builds on that which works from the old program, makes improvements and adds features. After a period of time is passed the entity would have little desire to return to the old body when a better one is in the works.

If they cloned Hitler they would probably draw some entity who is fascinated with Hitler to take possession of it. Either that or someone who owes some unique karma.

Whatever the case, they would be punishing the wrong guy.

Question: If you had a clone made of yourself do you think it would look exactly like you or just close?

Someone mentioned that the clone would be like an identical twin. It would look a lot like the original, but not exact because features are influenced by consciousness.

Below is a cute story that illustrates the principle.

The story of the painting, The Last Supper, is extremely interesting and instructive. The two incidents connected with it afford a most convincing lesson on the effects of right thinking or wrong thinking in the life of a boy or girl, or of a man or a woman.

The Last Supper was painted by Leonardo Da Vinci, a noted Italian artist; and the time engaged for its completion was seven years.

The figures representing the twelve Apostles and Christ himself were painted from living persons. The life-model for the painting of the figure of Jesus was chosen first.

When it was decided that Da Vinci would paint this great picture, hundreds and hundreds of young men were carefully viewed in an endeavor to find a face and personality exhibiting innocence and beauty, free from the scars and signs of dissipation caused by sin.

Finally, after weeks of laborious searching, a young man nineteen years of age was selected as a model for the portrayal of Christ. For six months, Da Vinci worked on the production of this leading character of his famous painting. During the next six years, Da Vinci continued his labors on this sublime work of art. One by one fitting persons were chosen to represent each of the eleven Apostles; space being left for the painting of the figure representing Judas Iscariot as the final task of this masterpiece. This was the Apostle, you remember, who betrayed his Lord for thirty pieces of silver.

For weeks, Da Vinci searched for a man with a hard callous face, with a countenance marked by scars of avarice, deceit, hypocrisy, and crime; a face that would delineate a character who would betray his best friend.

After many discouraging experiences in searching for the type of person required to represent Judas, word came to Da Vinci that a man whose appearance fully met his requirements had been found in a dungeon in Rome, sentenced to die for a life of crime and murder.

Da Vinci made the trip to Rome at once, and this man was brought out from his imprisonment in the dungeon and led out into the light of the sun. There Da Vinci saw before him a dark, swarthy man; his long, shaggy and unkempt hair sprawled over his face, which betrayed a character of viciousness and complete ruin. At last, the famous painter had found the person he wanted to represent the character of Judas in his painting.

By special permission from the king, this prisoner was carried to Milan where the picture was being painted; and for months he sat before Da Vinci at appointed hours each day as the gifted artist diligently continued his task of transmitting to his painting this base character in the picture representing the traitor and betrayer of our savior. As he finished his last stroke, he turned to the guards and said, “I have finished. You may take the prisoner away.”

As the guards were leading their prisoner away, he suddenly broke loose from their control and rushed up to Da Vinci, crying as he did so, “O, Da Vinci, look at me! Do you not know who I am?”

Da Vinci, with the trained eyes of a great character student, carefully scrutinized the man upon whose face he had constantly gazed for six months and replied, “No, I have never seen you in my life until you were brought before me out of the dungeon in Rome.”

Then, lifting his eyes toward heaven, the prisoner said, “Oh, God, have I fallen so low?” Then turning his face to the painter he cried, “Leonardo Da Vinci! Look at me again for I am the same man you painted just seven years ago as the figure of Christ.”

The interesting thing about this story is that historians tell us that it is most likely not true. Even so it does illustrate a true principle. That is, even the same entity over a period of time can have a much different look about him as his consciousness goes up or down in quality.

QUESTION: Would the clone be exactly like your personality or would it be a different entity entirely, but with similar energies in circulation?

Answer: When we leave an old body behind the soul moves us ahead in preparations for a new improved one. A clone would draw a different entity than the original – with rare exceptions. There would be similarities in personality because of the influencing energies of the body, but also marked differences because of the different consciousness of the new entity.

Question: Suppose you could create a clone and transfer your consciousness into it? What would be the result? Could you take over the young body, yet retain all your memories and personality?

Answer: This would involve more than present physical science to accomplish and would require assistance from knowledgeable unseen beings. If it were done it would probably be like being reborn with no memory and would have little advantage unless a way was found to download old memories.

Question: Would this be a desirable thing to do? Why or why not?

Answer: With rare exceptions it would not be desirable. This would keep you in an old version of your body rather than building a new and improved one.

One of the reasons for death is so we can forget the past and begin anew. Holding on to the past hinders our progression. Living three lives in cloned body would see less progress than one in a new incarnation tailor made for your evolving needs.

On the other hand, cloning research with the goal of creating new limbs and organs to help us in our current bodies could have great value, but we human beings are too curious to leave full blown cloning alone and some will pursue it. It may take a long time before all the repercussions are known.