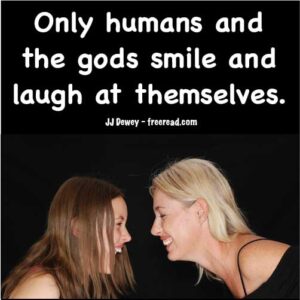 (Note: Before there was Trump as a target of the media there was George W, Bush who seemed to be blamed for everything that went wrong.  This article is an attempt to make fun of all the conspiracies in circulation about him. The funny thing is right after the Tsunami in Indonesia I predicted that someone would come up with a conspiracy theory that Bush created it by planting a nuclear bomb in the ocean, and, sure enough, a few days later such a theory surfaced. Meanwhile, enjoy the lighter side here)

A reader asked me what I thought of the latest conspiracy charges against Bush.

The real truth behind the conspiracy and Bush goes much deeper than anyone imagined, except for a chosen few.

Contrary to the thinking of many, Bush is not a stupid bungler. That is a façade he puts forward through the right-wing press to trick the masses. In reality he is an evil genius who would put Hitler to shame.

He not only can speak perfect English, but really knows how to say the word “nuclear.” By dumbing himself down he creates the illusion that he couldn’t possibly be smart enough to mastermind a complex conspiracy.

Through secret files and contacts I have put together the real story, revealed here for the first time.

Bush’s first power grab began November 1963 at age 17 when he was on a visit to Dallas with his parents. As the family was having a nice picnic in a park young Bush stumbled across an unusual man named Lee Oswald. They both struck up a conversation about guns and Bush was fascinated at Oswald’s claims of his shooting abilities. To this Bush replied, “Kennedy is coming here tomorrow. I’ll bet you couldn’t even hit a big target like him.”

The next day Oswald shot Kennedy and was captured shortly thereafter. Oswald secretly got word to Bush through a courier named Jack Ruby that he wanted the $100 to help with his defense or he was going to finger Bush as a co-conspirator.

Bush did not have the hundred, but did have fifty dollars. He offered the $50 to Ruby if he would kill Oswald. Since Ruby did not like the idea that Oswald killed Kennedy he accepted and took care of him.

This was the first display of the evil genius of Bush. He garnered two major assassinations for only $50, a feat not duplicated by anyone else in history.

A couple years later Robert Kennedy found out about Bush’s part in the assassination and so Bush hypnotized Sirhan Sirhan to eliminate him as a problem.

Then during his college years Bush through his contacts at Skull and Bones played both sides of the coin. On one hand, he was that unidentified national guardsman who fired the shot at Kent State, and, on the other, he raised money to pay off communist plants among the students at Berkely to raise hell there and in other colleges.

Later, it was Bush who was the true Deep Throat who exposed Watergate to Woodward and Bernstein. The reason he knew all the facts was that he was the mastermind behind the whole burglary to take down the Democrats. Again, we see the genius of Bush. He was the only player who escaped unscathed and undetected.

It was Bush who tampered with the helicopter engines that caused them to go down during Carter’s rescue attempt during the Iran hostage crisis. This made Carter look like a bungler and paved the way for the election of Reagan.

I could go on and on about the genius of this mastermind conspirator who has been behind conspiracy after conspiracy with impunity.

The most famous of them all was 911. Again, he was the mastermind who arranged for the planes to fly into the buildings and the cover-up. Since conspiracy buffs know about this I will not go into details. Instead, I will tell you about Bush’s latest exploit of which Michael Moore is not even aware.

Too much attention has been placed on the problems in Iraq lately and Bush needed a diversion. He thought he would kill a few Islamic terrorists in Indonesia at the same time as creating diversion so he dropped a 100 megaton atomic bomb in the Indian Ocean on a fault line. This created largest earthquake in recent memory causing the giant Tsunami which killed over 150,000 Moslems and left millions homeless. This sent an underground message to the terrorists to not mess with Texas.

It would take a book to detail the genius of this serial conspirator. Think of almost any problem we have and Bush is behind it. AIDS – yep, Bush masterminded that one. The real killer of Nicole Simpson? OJ keeps looking but he’ll never know it was Bush.

Have you been hearing a high pitched sound that is barely audible? Take a moment of silence and listen. You hear it, don’t you? This is a brain wave signal sent out by the inner government under Bush to control your mind so you will accept Bush as the ruler of the new world order to come.

And that itch you have that keeps returning…? Bush again. You don’t want to know what that is about.