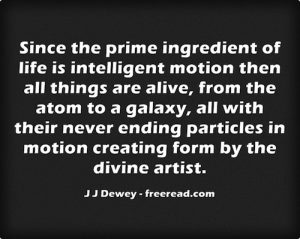 JJ: Go ahead and close your eyes. Everybody be as quiet as you can. I’m going to count to seven and on the count of seven you’re going to be back to where you were before into a past life. One, you’re going back. Two, you’re going back. Everything is becoming clear. You’re seeing what you saw before but you are seeing it more clearly. The feelings are back. You can hear, you can see and you can feel everything you could in the past. One, two, three, four, five, six, seven.

JJ: What are you doing?

Dianna: I’m in a chapel, praying.

JJ: Do you enjoy praying?

Dianna: I can talk to my Lord.

JJ: Do you have some strong experiences in talking to God?

Dianna: I see Him at the alter and He talks to me and fills my heart and I know that He loves me.

JJ: Are you a leader or do you have somebody over you like a Mother Superior or someone? What’s your position?

Dianna: I think I am the Mother Superior.

JJ: What did you learn in this life?

JJ: Were you pretty obedient?

JJ: Did that give you stability?

JJ: Do you miss that in this life?

JJ: What are you supposed to learn in this current life?

Dianna: To trust in God and to move forward with that trust and love that I know that I have.

JJ: In your life as a nun, what year did this take place?

JJ: What location were you in? What country?

JJ: How long did you live?

JJ: How did you die? What happened?

JJ: Was it an illness?

JJ: Let’s go back to a lifetime before this, the life you lived closest to the time of Christ. I’m going to count to three and you’ll go back. You’ll go back very clearly, even more clear than before. One, two, three. Who are you?

JJ: What country are you in? Do you get any impression?

JJ: What do you have to do with dolphins?

Dianna: They’re playful and I communicate with them.

JJ: Are you a human being?

JJ: Are you a dolphin?

JJ: That’s interesting. How far back in time is this, do you think?

Dianna: It has to be millions.

JJ: Did you enjoy being a dolphin?

JJ: Very good. We’re going to take you back into the present and you’ll remember all the impressions that you had. I’m going to count to three and you’ll be back in the present as Dianna, feeling good. One, two, three.

JJ: You only went back to one life so that must’ve been an important one for you, being a nun. You must’ve enjoyed an important lesson of dedication then. You seemed very dedicated to God and that was apparently very important to you to learn. Thanks for your help. (applause)

Audience: How do we know if a past life regression of someone who is not hypnotized is real or if it’s one of the ones that are associated with the life?

JJ: It doesn’t matter if it’s hypnosis or guided meditation. Some will be real and some won’t so you just have to test it. It’s even more likely under hypnosis sometimes because the subject under hypnosis might really want to please the hypnotist and give him what he wants. If you have any questions let’s take a few minutes for that.

Assaf: I don’t know if it’s directly related but the question is regarding the concept of time where all time exists simultaneously on the higher realms verses the evolution of our awareness, our evolution as spiritual beings. How does it add up if all times are like that?

JJ: I covered that somewhat earlier. Basically in the higher realms there is a plan made then the projection of the finishing of the plan. In that way all time is taking place at one time but it hasn’t really taken place yet because it’s outside of time. When we enter time there is a beginning and an end to it and everything is not taking place at one time; it’s taking place in a linear fashion. The planning part in the higher worlds is similar to here in that the plan envisions the beginning, middle and end.

Assaf: My question is a little different. What I mean is: it is the principle that I am becoming that which I decide to become. So this one God is about beyond time and He also evolves. How does it make sense that He evolves and at the same time He is about time?

JJ: The being that appeared to Moses wasn’t completely outside of time. He works in the lower and higher worlds. The Absolute, which is beyond our communication, so to speak, would be beyond time but the higher beings that work with men are clothed and work in all the worlds. When any of the three worlds are approached time is also approached. Time exists in the three worlds of human endeavor, the celestial, the astral and the physical but it’s a little different in the two higher worlds. Time is not so measured in the higher worlds because it doesn’t matter how long time lasts there. Here it matters how long time lasts. For instance, we say it’s time to eat. We’re always measuring time here. If we didn’t need to measure time anymore it would be like there was no time. That’s the way it is in these higher worlds of form but time still passes. Any being that’s evolving in time, no matter if it be high or low, is becoming that which he decides to become. He does go through a process of evolution.

After we go through a process of evolution we enter what is called pralaya. We go through a period of rest. Eventually the whole universe itself will dissolve and go back to its native element and we’ll go through a period of rest equal in time to the period in which we were in manifestation. During this time period it will be like there is no time because we won’t be measuring it. It’s a little like when you’re asleep. When you’re asleep you don’t measure any time but when you wake up time has passed. So, even if you go into the worlds in which time is not measured, time still passes and time still exists. It’s like there are trees outside that we don’t see. We don’t see them but they still exist. If we’re beyond seeing and living in time, time still exists in the worlds where it does exist and time still passes. Does that make any sense? When any of the higher lives come down and speak with man they’re entering into time and they are taking part in becoming. It doesn’t matter how high they are.

Let’s look at the highest being on the Earth, the Ancient of Days. He is now incarnated in an etheric body. He doesn’t have a physical body as we understand it. The combination of all the lives on the Earth are incarnated in the physical body of the Earth itself and in a way the Earth is an extension of the physical body of the Ancient of Days. It’s the same with the Solar Logos. The sun is His physical body yet that Solar Logos was once a man and He can materialize as a man in an etheric body if He decides to. All of these higher entities are still in the process of becoming but they go through periods of rest where they merely absorb that which they gained through the experience of incarnation. There are eternal lives and we’re just at the midway point of beingness as human beings. There is still a long way to go. Somebody like the Solar Logos, was a man in a previous solar system, trillions and trillions of years ago. It’s almost a longer time than we can imagine.

Audience: Is the Ancient of Days the same person as the Planetary Logos or is that a different being?

What we teach about the Planetary Logos is actually the lower self of the logos, the Ancient of Days. Then there is a higher self that was here even before the Ancient of Days got here. The Earth is like 4 or 5 billion years old and the Ancient of Days has been here 23 million years. Before that the Logos was still here but by the Logos coming here 23 million years ago He brought intelligence here that brought self awareness to the consciousness of the entire earth. You have a lower self and higher self. So does the Earth itself. The Earth has its own Solar Angel which is even higher than the Ancient of Days. Probably no one has contacted Him yet. The first person to make contact with the higher correspondence of the Solar Angel would be the Planetary Logos, the Ancient of Days. His current job is probably to make contact with this part of Himself. So, even these greater lives have a higher part and lower part to themselves. But that lower part of themselves is so high to us that we can’t even contemplate the higher.

Audience: Is there one over the Milky Way?

JJ: Yea but that’s so far up. The one who’s over seven solar systems is so high that it’s beyond even the Master’s ability to understand His consciousness. So, the one above Him is not even worth thinking about. It’s like a mosquito can’t really comprehend your consciousness.

JJ: Yea, they keep going up you get to the head dude of the galaxy.

Audience: The etheric body you said dissipates after death? How long does it take to dissipate and is that something like beings that are on the other side and go through a death like we go through a physical death here?

JJ: The etheric body can either dissipate very quickly or it can last for a long period of time. The Egyptians worked with this knowledge. They understood the mysteries of the etheric body and they sought to preserve it through mummification. This is why when they opened King Tut’s tomb that many died within a short period of time who were associated with the opening of it. After the excavation most connected with it mysteriously died. They contacted some illness because the Egyptians had preserved some energy of the etheric body and put a cursing energy on that. When they opened the tomb the etheric energy was released. That may have kept that particular Pharaoh kind of earthbound for a long period of time.

JJ: Yea. I’m sure his soul consciousness moved on but that energy was left behind. This often happens with haunted houses. The etheric body hasn’t completely dissipated because the desire of the person who died was so strongly attached. Maybe he wanted revenge or something so his etheric body hangs around and the actual energy remains after he moves on. So the ghost that people see are like shells or little computer programs running amuck that have only elemental life forms controlling them but not the higher life forms.

JJ: Normally you only live a few days after death in your etheric body. You usually get to hand around for your funeral. (laughter)

Audience: In “Ponder on That” they talk about that and how long the etheric body stays. In talking about cremation they said you should be cremated as soon as possible.