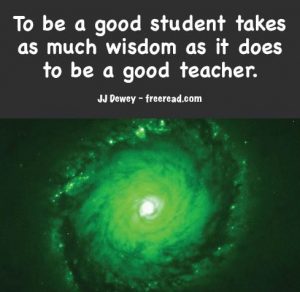 A child desired attention from his parents so he started leaving clever notes written on the refrigerator in crayon, thinking that his witty sayings would convince his parents of his beaming intelligence.

The parents saw this and smiled and were concerned, for the mother had to spend time cleaning the unwanted crayon marks off the door.

They sat the child down and said:

Your writings are very clever and we encourage you to write them elsewhere but please do not write on the refrigerator door any more for it causes us extra work to clean off the marks.

The child listened, but was not discouraged and wrote again upon the door.

The parents were aghast and brought the child to them and said.

“Did we not tell you to cease writing on the door for it causes us problems?”

The child smiled cleverly and said.

“But I did obey you. I did not write upon the door. Look and see – I printed my messages!”

The parents were incredulous and said:

“The printing causes the same problems for us as your handwriting so let us make ourselves clear. Please do not write with crayon on the door in either handwriting or printing. If you desire to write there is plenty of paper available and any family members who are interested can then read them.

The parents thought this would solve the problem but the child was not yet discouraged and wrote again upon the door.

The parents looked once more and were flabbergasted and scolded the child: “Did we not tell you to cease writing with crayon upon the door?”

The child smiled a clever smile and said. “Yes you did and I was obedient. Look again. I did not write with crayon, but used Magic Markers.”

Now the parents were becoming irritated with the child and said: “You are being willingly disobedient to the spirit of our commands. You will hereby cease from writing on the door or we will have to ban you from even touching the refrigerator.”

They thought that this would finally solve the problem but the next day they were unnerved at what they found on the door. There were about 20 pieces of paper with writing on them taped on the door. The mother did not like the mess they created and removed them and the parents one more time called forth the child and said to him:

“Yes, said the child. I was obedient. I did not write on the actual door.” Then the child started to cry and said, “I have tried again and again to be obedient and I am still not good enough. What do you want of me?”

Then the parents sought to teach the child that the spirit of cooperation is more important than strict obedience and told him that he could not touch the refrigerator door until he learned this lesson.

Note: This illustrates the importance of receiving the spirit of a communication as well as the literal wording. Hopefully this analogy makes a point to those who disregard the spirit of our one rule here which involves off topic posts.

Another Parable and More

I am amazed at all the lack of understanding on our simple rule of posting on topic. I thought that my parable the other day would help some see the simplicity of the cooperation that is called for here.

Let me give another parable.

There was a man proficient in Spanish and wanted to share his knowledge so he invited all who desired to learn this language to attend his class free of any charge. None were refused.

Several who attended the class were familiar with other languages and also desired to teach, but could not find enough students for a class and thought they would teach the students in the class their languages of preference.

While the teacher was yet handing out lessons one stood and started speaking ancient Hebrew. Then another stood and spoke Latin.

Few students showed much interest in these languages for they wanted to learn a practical one that they could speak in present time. Even so, the two students continued to interrupt the class attempting to teach languages with which they were familiar.

Instead of having the effect of enhanced learning, the only effect seemed to be a disturbance.

Student after student complained that they did not want to learn Hebrew or Latin and that the two students should go elsewhere if they insist on teaching something other than the curriculum.

The two students were incredulous and could not understand why two, three or even four languages could not be learned and discussed, and continued to force their will upon the group.

Up to this point the teacher was tolerant and made the best of an awkward situation, but he was faced with two problems.

The first were complaints from sincere students and the second was that many students became frustrated and left the class.

Finally the teacher had to implement hard and fast rules that caused the students to direct their attention to Spanish or leave the class and go elsewhere.

Those who refused to focus or honor the free will direction of the group were disgruntled and accused the teacher and the rest of the students as being dictators and narrow-minded, but when the dust settled there was peace and at last Spanish was taught, learned and spoken.

That said let us now go forward in a relaxed manner yet with an intent to learn the curriculum. There are many other classes as well as many free-for-alls available for those of a different bent who may find themselves out of place here.

A reader complains that I am ignoring her posts and wants an apology and explanation.

If it is important that I apologize for missing or bypassing comment on your posts I will. You say I should give a reason. I have done this and will do it again now.

It is at great sacrifice that I attempt to teach this class.

Outside of time out to eat, my business keeps me busy Monday through Friday from the time I get up around 9 AM to about 2 AM the next morning. Sometimes later than that. Then around 2-3 in the morning I finally have some free time which for the past couple years I have dedicated to writing for the group. I usually write until about 5 AM sometimes 6 AM.

I am not one of these people who thrive on little sleep and often I do miss things and make typos when I post. Even if I were to make no mistakes time makes it impossible for me to answer each post. I do study them all over each day and often sit back and write my comments from the memory of the general trend of the group’s writings. Other times when I may have a little more time I will search out quotes and comment on them. This takes extra time and I cannot do it as much as desired.

So come back and join with us as a valuable wanted needed member of the group.

I see a new member has concerns that he will not be welcome, apparently because of some of the friction we have had recently.

From my experience with this group and its members I have found them overall to be a fine bunch of individuals, yet indeed they are individuals. There are only three things members have done to make themselves unwelcome.

This has been very rare as most are civil to each other.

(2) Disregard the fact that this course has a direction and curriculum that is the reason most people joined in the first place. If one Spams the group with unrelated material or seeks to post unrelated material and seeks to change the direction of the class, members tend to get a little testy. Members are allowed to post short interesting tidbits that are off topic if they label them OT. For long posts we advise them to refer us to a web page.

(3) Challenge every teaching I present with no apparent desire to learn from the class situation.

Now I personally do not mind this and have met every challenge that has been presented to me, but a challenging attitude is seen by most members as disruptive causing us to slow to a crawl as far as progressing through class discussions. Many also feel that these challenges often lead to an endless dialog, are very distracting and take us off course. I cannot blame them for thinking this

Some of our members also have old computers and printers and find it expensive to print out all these discussions they do not want to read.

Therefore, unless you see yourself in one of these three categories you will find yourself in very friendly territory.

Any sincere questions or disagreements are always welcome and rarely criticized by anyone.

But all must realize that the group and individuals are human and therefore, a certain amount of tolerance is called for.

The good and loving people should be the ones most determined to stay and assist in the triumph of the dominating good.