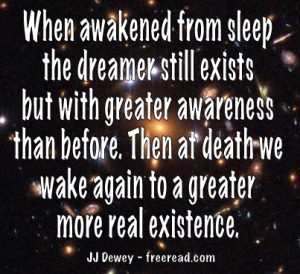 A Fullness of Manifesting

What is one of the primary goals of human existence through BECOMING?

Answer: It is to obtain power and removal of limitations in all worlds of endeavor where our desire takes us.

How many worlds or spheres are there?

In this period of evolution there are seven. Three worlds of form (physical, astral, and mental) and four which are called formless.

About 90% of humanity have their consciousness limited to the physical and astral, or emotional, and have a long way to go to function consciously on the higher five.

Then a period after death he units again with his Higher Self and his lower personality which has not united with his soul sleeps.

The above average person functions consciously in three worlds, the physical, astral, and mental. He is able to function after death in two worlds and maintains a continuity of consciousness for a longer period of time until he approaches the time or rebirth.

Only when a person attains consciousness in the worlds og higher mind and above can he maintain “continuity of consciousness” and maintain conscious thought throughout life and afterlife and into the next life.

For those who think this way shall we extend this idea and drop the astral body also thus ending emotional feeling?

Then extending this further should we drop the mental body also thus ending our power to think?

I think that when we consider this idea that it becomes obvious that we suffer from limitation at losing use of any of our bodies.

A fullness of power and fullness of joy only comes when we attain power to manifest and have consciousness on any or all of the seven planes at will.

The only way to attain this power is through the overcoming of physical death just as did Jesus through the resurrection of the body.

When death is overcome the entity obtains the power to manifest in any of the worlds of form.

It is true that we do have cycles where we leave the lower bodies behind for various purposes. Buddha taught about this in the attainment of Nirvana, which is consciousness in the fifth sphere of the seven, and some distance from the highest in this cycle. But more important than this attainment is the mastery of all the worlds. Only when the lowest (the physical) is fully mastered can the highest spiritual world and consciousness be attained.

The point to remember is that when this high mastery is attained this does not mean we will always be in a physical body. What it does mean is that we will have power to manifest in the physical (or our other bodies) at will until such manifestation serves no purpose and we return to a great cycle of rest called Pralaya in the East.

Does it seem desirable to manifest in any plane of choice according to our will?

Could a master have power on earth without a physical body giving him the power to manifest on earth?

I was asked the meaning behind the “second death” as mentioned in the scriptures.

Even so, there are several interpretations of the “second death” which correspond and are correct and then there are a number which are wrong.

The Mormons have an interesting interpretation that fits within the Law of Correspondences. They believe that “man was in the beginning with God” and that the first death was his separation from God by entering into mortality. They then believe that all will be redeemed from this first death, at least to a degree, except for the “sons of perdition” who have committed the unpardonable sin against the Holy Ghost. These will suffer a second and more disastrous separation from God which they believe to be the second death.

In harmony with the ancient wisdom the early Mormon leaders taught that those who took this extreme path of selfishness and denial would be ground up and “returned to their native element” and have to start their progression all over again which would involve a process of “myriads of years.”

Now there is a second interpretation which goes beyond normal religious thought.

“He that overcometh shall not be hurt of the second death.” Rev 2:11

In this light the first death within a smaller cycle is the death of the physical body. But then after we spend a period of time in the astral world most will suffer a “second death,” which is the dissolution of the astral body.

Question: So how can one be “hurt” by this second death?

Answer: For some who are of low vibration this second death is met with great resistance for they know not what lies on the other side of it. It thus becomes a terrifying experience for some – like a lake of fire as they go through the process of disintegration.

For those who are the fairly decent people of earth this experience is met with a yielding to the will of God and the fire is embraced rather than resisted.

The principle is this.

In the next world the residual personality can only rise in consciousness to the realm that one has attained to in this life. It therefore behooves us to place our attention and focus on the highest thoughts and vibrations of which we are capable.

If we continue to do this we will “overcome” and live beyond the hurt of the second death and keep our consciousness high enough so no time or consciousness will be lost between lives.