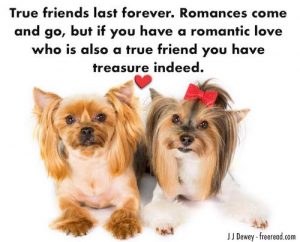 Audience: Back to where you said you could reconnect if you could get rid of the barriers…if you remove them you can see that perfection in each other again. My first question is how do you get some permanence there? If you see perfection for thirty seconds then it’s gone again…is it that triangular energy and the soul is involved?

JJ: Something Artie tried to do, and I posted this on the list before…Contrary to popular belief that we get along perfectly all the time we do have our little arguments now and then. Sometimes it gets pretty intense until one of us thinks it’s gone as far as we want it to go and we need to re-establish the contact. We have a table where we sit down. The one with soul energy drives the other to the table. (laughter) We sit down and look into each other’s eyes and say, “I love you” three times. Usually by the third time it works, unless we’ve had a really heated argument.

Audience: It’s a surrender? The barriers are removed?

JJ: Yes, the barriers are removed and we see the Christ in each other again. The funny thing is sometimes we cannot even remember what we were arguing about.

JJ: If it’s time to move on from that person you may have soul contact and you’ll feel an inner communication that the time has come. If you’re supposed to stay with that person, even though there are a lot of problems you should get a feeling like you’re supposed to work it out. If you feel that feeling the thing to do is to make it as close to soul contact with the other person that you can, to remove the barriers. But if for instance, the person is beyond redemption and you come to the conclusion that the only thing to do is to move on, then move on. Don’t delay, just move on. That will probably be the best thing.

Oftentimes a relationship will be difficult but you have something to learn from that relationship so your soul will want you to stay in it. You’ve gone into that experience and as long as you’re there you might as well learn from it. The thing to do then is to remove the barriers. If the other person refuses to remove barriers with you it’s important that you still remove your personal barriers with him or her. When you remove your barriers your love energy will be very stimulating to him. Sometimes it will make them worse for a period of time. If you send love and it’s not given back the person can actually become very agitated and become more abusive. But don’t let that stop you. Continue to be harmless. Continue to remove your barriers to the soul. Continue to be open. It will either make the person self destruct (laughter) or else he will change. He will not stay the same. He will either change for the better or the worse.

Audience: It gives you a choice point. The person will say I’m not going to change so you know where you stand.

JJ: No matter how perfect your relationship starts out you’re going to have things to work out. You’ll see perfection when you have that falling in love feeling, especially if it’s a fast romance. When this happens the person can do no wrong but eventually you’ll have a lot of data implanted that creates barriers. You need to sit down and remove the barriers. Use the “I love you” thing or whatever but sit down and remove them so you see the perfection in each other.

Audience: So JJ would it be true to say that if I were a perfect person I would be able to love without barriers people on the street and people all around me. I would use discernment so I wouldn’t get in trouble. But my family, my cousins, my sisters and all the people in my life, I would be able to remove the barriers with them and be walking around in love all the time.

JJ: Romantic love and spiritual love are two different things. You have one unit of romantic energy. If you’re in romantic love with two people at the same time each of them gets 50% as you’re trying to share. Spiritual love is different. I can spiritually love everyone here 100% but I can only romantically love with 100% of that energy with one person. If I try to romantically love two people then this 100% is divided. One person may get 60% and the other 40%. Romantic energy is a totally different type of energy. It’s important in romantic relationships to keep the energy focused.

We’ll talk about that more after our next break but before the break let’s do an experiment in the sharing of spiritual love. Each one of us will go to each person in this group. We will say there words:

“I love you through the soul with the pure love of Christ.” Look into that person’s eyes then have the other person say those words back to you. Give that person a hug then move on to another person. Everyone do it with every person in the room. Call the person by name as you say it.

The group does the exercise and then says the Song of the 144,000 together

JJ: It’s nice to focus on the group. None of us are perfect and we all need stimulation once in awhile. Except Xavier, I think he’s perfect. (laughter) I always pick on Xavier. I called him the god of the galaxy awhile back and never did get a response on that. Actually I know one guy who thinks he is the god of the galaxy.

Okay, concerning romantic relationships everyone has one packet of energy. When two people fall madly in love with each other they share that energy close to 100% or maybe 80, 90, 100 and the other person 80 or 90. They share it back and forth. Rarely is it exactly the same but sometimes when they first fall in love it’s close to 100%. When it’s close to 100% they feel really good about each other, especially if it’s approved by their souls and it’s the right thing for them to be doing and if it’s a learning experience, then the energy gets really good, close to 100%.

Then they begin to see faults in each other and drift downward. The woman doesn’t dress right or whatever or prepare his food right or something silly. It’s often the silly things but when you start adding them until you get about a dozen little things you don’t like, it adds up to a big thing. These percentages begin to go down. Once it goes down to 60 or 50 percent this guy then has 40% of his romantic energy just drifting off into open space.

So he’s at work and there’s a cute little secretary over here. He has 40% drifting off. She psychically picks up that’s he’s open for something to happen. So she gets friendly with him and she starts picking up this 40%. She kind of likes him because she doesn’t see all his imperfections that others see because he’s on his best behavior. She doesn’t know all the nasty little things he does so she sends him maybe 80%. He sends her 40 and she sends him 80. All of sudden he’s getting more than he’s sending and he’s a pretty happy man. He’s getting 70 from his wife and 80 from the secretary so he’s getting 100% energy sent to him with excess radiating off.

The wife is sending 70 and only getting 60 from him so she’s got a negative 10. She feels a little empty because she isn’t getting as much energy as she’s sending out. He’s got an extra amount of energy because the secretary is flooding him with 80%. Now he has to either let the energy bounce off and continue to accept the same amount of energy from his wife or maybe absorb some of the energy.

He looks at his secretary. She isn’t always complaining about how he doesn’t pick up his underwear like his wife does so he begins returning the energy. He returns 80% to her and all of a sudden this relationship with the secretary is going really hot and heavy.

This only leaves 20% to send to his wife. Now instead of getting the usual 60% she’s getting only 20% so 50% of her energy is bouncing off and creating an additional vacuum for her. She’s getting the feeling that she’s giving and giving and getting nothing back. Something is wrong. She will suspect that maybe he’s having an affair with someone because of the change in the energy. She’ll feel it.

When people feel this, they have two lines of approach. They might think it is just the imagination and sweep it under the rug thinking they shouldn’t be jealous. They might get over reactive and play detective and spy on him. In this case he’ll get madder than ever feeling she has no faith in him.

He goes to work and the secretary starts looking better all the time so he gives her 90%. She’s getting even more now so she returns the 90%. Now the wife is down to almost nothing and is complaining like crazy about him.

The Wife says, “You don’t love me anymore. There’s somebody else.” She starts driving the guy away now because she’s very upset due to feeling this void in energy. It finally reaches a point where the guy and the secretary have an affair. The guy feels totally revitalized.

The secretary feels revitalized for awhile but then he feels guilty and thinks he should try to patch it up with his wife. He gives her maybe 50% now. The secretary is still giving 90% so about 40% or her energy is going into a void so she begins to feel a vacuum now. She asks, “When are you going to leave your wife?” She starts sounding like a nag to him since she’s feeling a vacuum. This guy is experiencing some turbulence now having problems with both relationships.

He can’t really explain why. He thinks he hadn’t gotten to know the secretary well and is now realizing she’s a nag just like his wife. Most often he’ll wind up ruining both relationships. Because he doesn’t understand the balance of energies he’ll probably repeat the same problem again if he marries the secretary. He may very well meet a new secretary or associate and hear the same complaints that he heard in his previous relationship. This process keeps repeating itself.

Spiritual energy is totally different. It doesn’t matter how many are included. We went around the entire room and everyone felt the spiritual energy that was shared. Did you notice that when you really looked into the other person’s eyes that you felt something go back and forth between you?