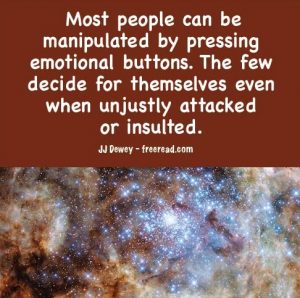 Let us continue our discussion corresponding our time to the civil war era.

We have already discussed a number of topics that the nation is currently warring over. Instead of one main issue – slavery with a subsidiary issue of states rights, we seem to have many issues. Some we have discussed are abortion, death penalty, the war in Iraq, conspiracies, euthanasia, drunk driving and a few others.

It seems that the current astral civil war is over a plethora of issues instead of the one. Almost every week some new issue comes up that severely divides the people.

The latest issue (in Feb 2004) is the issuance of marriage licenses for gays by the mayor of San Francisco. Part of the population feel he should be immediately arrested and the other part feel he should be given a medal.

Before this we had the opposite situation where a judge on the right wing defied the law by refusing to remove the Ten Commandments from his courthouse. Again a good portion of the people thought he should be arrested and the other part thought he should be given an award.

It is interesting how similar the above two issues are. Here are some of them.

(1) Both sides feel that their freedom and civil rights are at stake.

(2) Both sides feel very strongly that they should have their way.

(4) Neither side is trying to have empathy for the other point of view.

(5) Both have an approach filled with religious zeal.

(6) Both are unconcerned with majority will.

(7) Both condemn each other in numerous ways.

(8) Neither issue is of much importance in the scheme of things, but each side attaches sublime importance to their view.

This last statement will alarm people on the left and right so let me explain.

It is of little consequence as to whether a monument for the Ten Commandments is allowed in a courthouse as long as freedom of speech is not curtailed or as long as people are free to place whatever they wish (within reason) on private property. What matters more is that justice is administered by the courts.

On an issue like this the matter should be determined by the will of the majority and not an activist judge – especially since the matter can be argued both ways from the Constitution.

I do not see this as a significant issue one way or another either. Why?

I use the golden rule here.

What if the State were to tell me I couldn’t have a piece of paper certifying that I was married, but that was all the further they went?

This wouldn’t bother me in the least.

Because true marriage is a commitment between two people and really has nothing to do with a piece of paper. The document only has a physiological effect and that’s about it. I do not need the psychological effect.

Both of these matters have more to do with psychological effect than any real effect. To see that this is true all one needs to do is imagine what life would be like if the right and the left quit feeling so passionate about these and other issues and moved ahead and lived within the system as it is. Would things be different either way?

Both sides are often upset because of attachment to their issues rather than the real effect behind their issues.

Because then of the golden rule I cannot get excited one way or another about gay marriage because I’m not excited for myself about the piece of paper granted by the state to begin with. If I am not that concerned about myself I have a hard time getting excited about it for someone else.

On the other hand, my real marriage to my wife which is my commitment to her is of profound importance that far overshadows the approval of the State and makes the certificate it gives pale in significance.

It is true that there are some legal advantages to being married, but there are disadvantages also. I think they about cancel each other out.

I do think that if they do legalize gay marriages that they should also do the same for polygamists who have just as good of a case. I have a number of friends, and even family, who are polygamists and they are always in danger of the State giving them grief – not just telling them they can’t get married but going after them for breaking the law. At least the gays can have a partnership without fear of going against the law.

I don’t agree with polygamy, but if the relationship is entered into with free will and they aren’t hurting anyone they should be left to live their lives in peace.

An interesting point here is that there is no Hebrew word for “marriage,” “wife” or “husband” in the old testament. When a man married a woman it merely reads that he “took a woman,” or something to that effect.

All these emotional issues are only representative of a larger issue – the same issue which started the first civil war. And what is this large issue?

The funny thing about the first civil war is that both sides claimed to be fighting for this principle.

How is that you say? How could the southern states who fought to keep their slaves claim to be fighting for freedom?

A number of ways.

(1) Economic freedom. They claimed that the slaves gave them economic freedom and without them this freedom would be lost. They used this argument even though the North was much wealthier without slaves. They also felt the Negro couldn’t handle freedom so they were not taking anything away from them.

(2) They were fighting for the freedom of States Rights, even though they felt a state had the right to enslave a race of people.

(3) They fought for the freedom to maintain their way of life which included slavery.

Now several generations have passed it is obvious to us that the cause of the North represented the true moving ahead of freedom, but rest assured the demarcation was not clear in that age. In that time the South was so sure they represented the greater freedom that they were willing to send their children off to die for the cause.

Even so, in our age is the fight again over freedom. We have the many fighting for illusionary freedom that leads to bondage and only a few who are willing to raise the banner for true freedom.