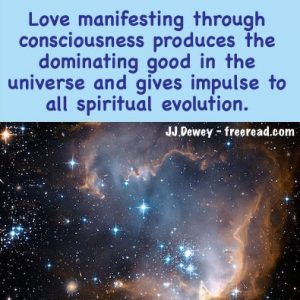 How can we use this principle that Jesus taught to eliminate the fear that many have of offending God?

How do we know from this that if you are sincerely seeking truth and make a mistake while following the highest that you know that God will not become angry and send you to hell?

Those who have never been that involved or committed to a religion often have difficulty in identifying as to why anyone could be afraid of offending God, but for those who have or are passing through this thoughtform, the discovery of the truth that makes you free is a pearl of great price indeed. If you have not had to deal with this hurdle in this life do not relax because all have to face the fear of God at one time or another and the fear of God has more potency than any fear of a devil.

These words of Jesus are indeed a comfort to all who take the Bible seriously for he makes a statement that is easily verified by not only the mind, but the soul.

He basically says that we are full of imperfections, yet, even so, we are loving enough to desire good gifts for our children. If your child were to ask for a fish you would not give him a serpent that would bite him instead. If he’s hungry and asks for a piece of bread you would not mock your child and give him a rock to eat thinking he deserves nothing to eat.

If we then being imperfect know how to treat our children with reasonable helpfulness would not God who is perfect be even more loving, more giving and give us better and more exciting creative gifts than any of us can give to our children?

Who could be afraid of a God like this?

Jesus was teaching that it is silly to think that God, who is our Father, is sitting on some throne ruling in anger, waiting to destroy us at the first sign of rebellion.

If your own child makes a few mistakes would you send him to some fiery hell to burn forever?

No. A thousand times no!

If we would not do that to our children then why in the hell do people think that God would take some type of fiendish delight in seeing his own children suffer so?

Just like you would go to almost any length to help your child on the road to happiness and would give him chance after chance to make good and will embrace him at the first sign of cooperation, even so God has the wisdom to go one better.

When the reckless prodigal son decided to return to his father it is written: “And he arose, and came to his father. But when he was yet a great way off, his father saw him, and had compassion, and ran, and fell on his neck, and kissed him.”

The Father here is a symbol of God. And even though the wayward son spent all his inheritance and committed every wrong in the book his father was ever watchful and looked for his return without ceasing. Notice the wording when the son did return.

“But when he was yet a great way off, his father saw him…”

So it is with us. Even though we may have made every mistake in he book and have offended every man and dog on the planet – as soon as we decide to move toward the Kingdom of God we will attract the attention of God and the servants of God and we will be seen by them even though we are “a great way off.”

One of the keys to overcoming the fear of God is to read the scriptures rather than listening to hellfire preachers for indeed the Christ, the Master of us all, did present a God that is to be loved and embraced and seeks for the true goodwill of his/her children.

Let me repeat the current principle aiding in the discovery of truth.

Faith in the “Dominating Good,” or a belief that God is good.

What do we mean when we say that “good dominates?”

Why do you suppose it is true that good dominates in the end and how can a knowledge of this help us to overcome the primal fear which is a fear of loss?

The principle of absolute truth in points of time and space should be easy to understand and accept, but as it turns out this seems to be a stumbling block for many. One of the reasons is that any seekers think they are being open minded to accepting the idea that truth is relative. But if we merely substitute the true idea that perception of truth is what is relative, the objection should go away.

Once we speak the same language concerning relativity here I am sure we will agree.

When we do the same with temperature we go to one location and discover the temperature is say 70 degrees (rounding off to the nearest degree). So at this point in time and space there is only one answer and no application of relativity can change that answer, just as no application of relativity can change the fact that Bill Clinton was elected president, even when he is no longer president.

Just as your temperature outdoors can change as circumstances change even so can the number of beans be added to or taken away from any of the jars.

From this aspect one could say that the changing of reality or what is true is relative to the happenings of the day, but the point of truth in time and space is not relative to anything. When the present becomes the past no relativity can change the past, only our perceptions of the past can change.

We could say that the creation of what is true is relative, but when that creation becomes either present of past tense then that which IS becomes absolute. I know a lot of seekers hate the word absolute, but this word does seem to be accurate when looking at what is, for it cannot be changed – only our perception or memory can be.

If the temperature in my back yard yesterday at 1 PM was 85 degrees then this fact will be forever absolutely true and is henceforth not relative to anything.

This is an important principle to clarify because many in the New Age community are deceived by the concept of relative truth. I have met some, for instance, who think that if one person believes that there is no reincarnation, but only one life for the soul then that is true as their truth and if he believes in multiple lives then that is true as his own truth.

The obvious truth is that there is either reincarnation or there is not. Even though there are details we may not know, the principle is either true or it is not true and no relativity will change the matter.