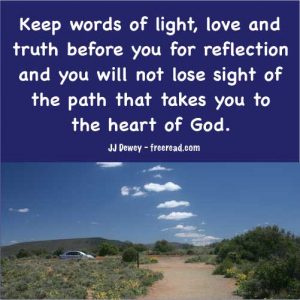 Who Are the Extremists?

As far as predictions of financial doom goes – someone mentioned they have been hearing such predictions for 20 years. Actually, I have been hearing them for about 35 years. Believe me, no one who read anything about conspiracy theory in the sixties and seventies expected us to move into a new century without a major depression. I know the economy is fragile and we always have a danger facing us in it, but the problem is that there is little that we as individuals can do about it except in preparing the best we can for emergencies. Let us hope things hold together until the time of the gathering.

A reader questions my wisdom in pointing out that humanity swings from one extreme to another.

First, I am not calling anyone in particular an extremist, but have been discussing a principle. If a principle is true then there is no finger pointing about it, it just is.

Secondly the reader must not be reading the newspaper, watching television or listening to radio if you do not hear and see people pointing fingers and labeling those who do not agree with them as extremists. I see this extremists name calling going on daily and it is done by specifically labeling individuals and groups and not merely discussing a principle as I have been doing.

I find it amusing that each time this happens I see that the person pointing the finger is usually more of an extremist than the one accused.

Reader: “I don’t think it is correct to call the majority of the human race anything but children of god, growing up.”

JJ: Why make such a limited judgment as to what is correct as if you expect us to not step out of this limitation? What is meant by the term children of God anyway? It means different things to different people. Actually any view which describes the present condition of mankind would be describing them as the children of God and observing how they are growing up would it not?

It is important that we be tolerant of completely honest communication so all can accurately portray their observations whatever they are. In this state all are free to describe humans as a bunch of devils trying to ruin the universe if we want. In fact even this extreme view has elements of truth for there is some devilishness in all of us.

Reader: “What is the point of discussing our brothers in such a light (extremism)? It seems like it just creates more separatist / elitist thinking.

JJ: Separatist and elitist thinking comes not from observing or describing what is, but by the distortion of what is.

One person can observe the tendency of the majority to miss the truth in the middle, as Jesus did, and yet not have a separatist attitude because of it. Then another can preach inclusiveness and love for all and yet be extremely separative and elite thinking that he or his group alone understand the true meaning of love.

The point in discussing this my friend is found in one word.

I said that most people are extremists compared to where the true middle pount of truth is. Now that statement is either true or false. If it is false I should be corrected and the real truth should become manifest. If the statement is true then this goes against the thinking of the majority and should be explored.

If the majority do not see a particular truth but we have the opportunity to, then we have a definite advantage.

Knowledge is power and all truth uncovered brings us into a greater power to bring the dominating good.

All truth ignored, denied or covered up allows that which is not good to continue for a while longer.

Now when I say that almost all people are extremists what do I mean?

In the normal sense an extremist is one who greatly deviates from the norm. In this sense only a minority fit into the category of the extreme, according the judgment of the masses. Therefore if we use this word in its normal context, few people are extremists.

On the other hand, many believe the norm to be a point between the two extremes of thinking and action. If we then accept extreme deviation from the midway point of truth as extremism then indeed most people are extremists.

The problem with the standard equation of “the norm” is that which is normal is a floating target. Fifty years ago people like Dr. Laura were the norm and anyone advocating gay rights was the extreme.

Today consideration of gay rights is the norm and Dr. Laura is seen as the extreme.

The true judgment at the midway point remains the same throughout the swing of the pendulum and the true extreme from the angle of truth is measured from that point and not the illusionary norm of the masses.

To illustrate my point let me throw out this challenge. Can you think of a famous person or well known group that is not extreme or some distance from the midway point of truth?

Such a person is difficult to find.

To this question a reader mentions that this group may be close to the midway point.

Many discussion groups draw people from mostly one line of thinking, but because this one is quite synthetic we have an indication that we are not headed to the extreme position relative to the midway point.

I will repeat several points for the benefit of new people.

A fact is a piece of data, but a principle reveals the underlying meaning behind all facts. It may take take a thousand facts to understand one principle, but one principle can reveal thousands of facts.

Communion through the soul is done through the transmission of principles which always leads to pure knowledge.

On the other hand, communion through the astral body, the emotional nature, the lower mind and lower psychism always deals with data which may or may not be correct.

You will notice that astral psychics always try and relate facts to the customer such as: “I see that you are close to someone who name begins with B.” Or “You have been married more than once.” Or: “You will soon travel abroad.”

Generally this type of material comes through the astral body and is filtered through an upside down illusionary principle and is rarely to be trusted.

There will be times, however, that he will receive hints from his inner teacher that he is supposed to solve through the understanding of a principle. For instance, he may awake in the morning hearing some words such as “the fifth feeds on the fourth.” At first he may ask himself, “What in the world does that mean?” Then later he will realize this is a hint that he must solve through the intuitive principle, and as he studies and contemplates the truth will be revealed.

On the other hand, when the adept teaches others he will always teach from the vantage point of understanding rather than pulling things out of the air and teaching what he does not himself understand.

Now back to the principle of the Pendulum. The reason I asked for a famous name as an example of one who is not an extremist is because we know nothing of the unknown ordinary people, as good hearted as they may be. A known group or person are examples we can discuss as a group with some intelligence.

Someone mentioned Mother Teresa as one who is close to the midway point.

So what does the group think? Has this saintly lady found the Middle Way or did she cruise past it to an extreme?

1 thought on “Who Are the Extremists?”