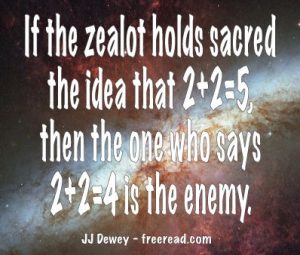 To Profile or Not

The problems of wisely dealing with immigration, illegal immigration and refugees are similar. Here are some that need to be considered.

In the past the United States has been quite liberal in accepting refugees. We have been very accepting of refugees fleeing totalitarian systems such as the old Soviet Union, Cuba and others. One of the reasons for our acceptance is that many refugees in the past seemed happy to adopt our way of life and Democratic government, feeling it is much superior to the one they are fleeing.

Unfortunately, the refugee problem as well as immigration has become more complicated since 2001, after the 9/11 attack. Since all the 19 Hijackers were devout Muslims many people have become concerned about members of this religion entering this country. Then it hasn’t helped that most of the terror attacks worldwide and within the country since then have been perpetrated by members of the Islamic faith.

People have thus becomes divided into two camps as far as accepting Muslim immigrants and refugees.

(1) Those who think Muslim immigrants should be carefully screened to make sure they will support the American System and not pose a threat.

Quite a few throughout the world seem to be in this category as here are results from Pew research:

A median of 50% across four Western European countries, the U.S. and Russia called Muslims violent and a median of 58% called them “fanatical,”

(2) Those who think any type of profiling is Islamophobic – that it would be wrong to look any more closely at them than anyone else.

So, does the first group have a point or should Muslims be of no more concern to us than any other belief system?

Let us take a look Muslims in the United States. Here are some statistics on their thinking according to polls.

Here are just a few elements of Shariah Law that so many support:

A cause of concern are conclusions published by Dr. Peter Hammond in his book, Slavery, Terrorism and Islam: The Historical Roots and Contemporary Threat, published in 2005 where he examine what has happened throughout history when the number of Muslims in a country increases.

Indeed it does appear that there is a danger in letting wholesale numbers of Muslims into this country without some type of screening process. That said, then what should we do about the Syrian refugees in need of assistance? Should we just let them perish or is there a way to assist them? We’ll discuss this next.

1 thought on “Toward Intelligent Progress, Part 6”