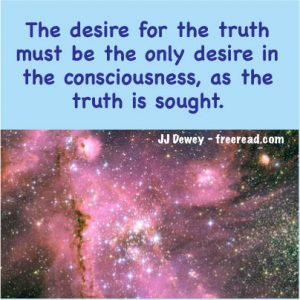 To Tell The Truth

Today’s question: Should we always tell the truth?

Before I give you my answer to this question it is important that we deﬁne what a lie is so we can all be on the same page. A lie is a deﬁnite conscious act made with the intention to deceive.

Many people in this age do not seem to understand what a lie is. For instance, almost everyone called George Bush’s statement on “no new taxes” a lie when it was not. This was a promise and he deﬁnitely broke it, but a promise and a lie are two different things. Most people who break promises have a full intention of carrying them out when they are made, but just do not have the will power to fulﬁll them.

A promise would only be a lie if the person making it knows it will not be fulfilled. Bush probably thought he was not going to raise taxes at the time he made his famous statement. If so, it was just a promise. If he knew he was going to raise them then it would have been a broken promise as well as a lioe.

Silence with rare exceptions, is not a lie. God Itself, and the Brotherhood of Light do not answer our questions on many issues. Silence is neither a lie nor the truth. It is just silence. Even the Bible says, “It is the glory of God to conceal a thing…” Proverbs 25:2

Solomon also said that there is a time and a place for everything under heaven, even a time to kill and a time to hate. Eccl 3:3-8. It is, however, conspicuously silent about a time to lie.

It is also interesting that there were only two sins openly condemned by Jesus – hypocrisy and lying. When you think of it, hypocrisy is a form of lying. Hypocrisy presents a false image of oneself.

But, asks one, surely there are circumstances where we should lie. How about if my wife asks me if her thighs are too big? If I want to live I lie, right? Even more dramatic, what if I lived in a place like Nazi Germany and the SS came after my son and asked me where he is. I’d be happy to lie to save his life. Surely God would forgive me for such a thing.

The truth is this. The good or the bad of it has nothing to do with whether God forgives you. A lie or deceit is like gravity. It produces a deﬁnite predictable effect and there is nothing ordinary mortals can do to escape this law.

If you risk a fall because of the pull of gravity to do something heroic, like saving a life, the Powers that Be do not suspend gravity because you are being a good guy. Gravity must be taken into consideration no matter how good your deeds are.

Deceit is the same thing. It has an effect whether the lie is intended to be good or evil. Every time we deceive or consciously lie, the light between us and our souls becomes dimmed. We only turn the light on in full again by centering ourselves in the complete truth and taking care with our words so that everything that comes out of our mouth is accurate communication to the best of our knowledge.

How do we avoid lying because of harmful circumstances? We must follow in the footsteps of the Masters before us and look ahead into the future. Change events before they occur so you take charge of your life, and do not allow yourself to be put in a situation where you may be forced to lie. This is what Einstein did before World War II. He saw what was coming and got out of Germany, and thus the light of his soul was not diminished being forced to lie.

I’m sure we’ll be discussing this further, but let us get back to exploring initiates with another question that will test readers for an open mind. Overall, conservatives do not want to give liberals any credit for achievement, and liberals hate to give conservatives credit. The truth is that workers of light are on both sides of the fence from time to time, and those who follow the Middle Way of the Buddha can see this.

Name two conservatives and two liberals who were or are initiates in the positive sense. What did they initiate?