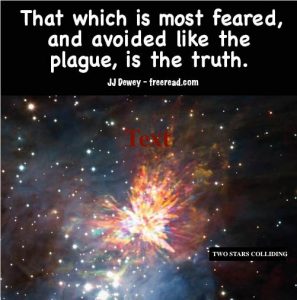 The Illusion of Conservation

Deception Ten: Energy conservation is the key to our energy problems. If we conserve we will not need to build new nuclear plants, or perhaps not develop any other power source except for wind, solar and other alternatives.

We have already covered standard alternative energy sources and when we did we learned why only 2.4% of American electrical power comes from them (in 2001). They are expensive with great limitations and even with government support and subsidies they cannot compete with petroleum sources or nuclear power. In Europe Denmark relies heaviest upon wind power and has the most expensive energy, especially if you count government subsidies. On the other hand, France has some of the lowest rates and has extra to export thanks to a 77% reliance on nuclear energy.

Now it is entirely possible that some new alternative source or innovations may come along, but this is not something we should risk our economic lives on. We must proceed with that which works in the real world and make adaptations when new discoveries or innovations are made.

Time and time again I have heard environmentalists and activists offer as the single solution to merely conserve power and sometimes add as a caveat that we should develop wind or solar power. They always seem to speak as if the demand or need for power will not increase and we must only concern ourselves with current statistics. They seem to think that if we merely conserve then the demand for power will not merely come to a halt, but actually decrease.

Unfortunately, this is wishful thinking of pathetic proportions. The world demand for power has outstripped the increase of population for over 100 years and shows no signs of change. What miracle is there that the activists expect to pull out of their hat to suddenly diminish the demand?

California, the most assiduously conservation-minded state in the union made Herculean attempts during the past decade to conserve as well as encourage alternative power. For instance, the state government has been paying 50% of the cost of solar power installation.

They seemed to be lulled into a false sense of security and for over a decade they have built no new petroleum based (and of course they will not touch nuclear) power plants. Apparently, they had this false idea that they could make do with the current sources of energy and a small amount of alternative if they just conserve.

What was the result?

The result was that despite all their efforts the demand for power continued to rise unabated. The people of the state were shielded from their problems thinking that all was going well even though no new power plants were being built. What many did not realize is that the state imported more and more power from outside of its borders and as the prices rose and power available became scarce, the clean state of California demanded power from Texas, New Mexico, Mexico and other areas. Thus the dirty outdated power plants had to be fired up to full capacity to the extent that the pollution that was thought to be saved by not building new plants was spewed into the air with such vengeance that it would give the California environmentalists heart attacks if they knew the truth.

Environmental fines that California had to pay indirectly were so high that that it gave the false appearance that the out of state power sources were gouging the golden state. In truth much of what Governor Davis complained of as greed by the power companies were surcharges to pay the extra costs for government fines on the dirty power demanded by the state.

Ironically the warm winter that followed created a surplus of energy forcing California to sell off electricity it could not use for 21 cents on the dollar. It is estimated that this lack of self sufficiency could cost the golden state $3.9 billion over the next few years.

Unfortunately, the United States (as well as numerous other countries) face the same peril as California, but on a larger scale. Just as California attempted to remain environmentally clean by buying out of state (to hell with the environment of other states) the United States has followed suit and has approved no new nuclear power plants since 1974 and have not developed domestic oil. Instead we say “to hell with the environment of foreign nations and oil spills on the ocean in transport.” Since 1973 (the time of the famous oil embargo where we vowed to reduce dependence on foreign oil) oil imports for the U.S. has risen about 66%. (Note: Fortunately this trend was reversed and the United States is now fairly self sufficient with oil)

80% of the world’s proven oil reserves are in the OPEC nations which will only tempt us to rely more heavily on foreign oil far into the future unless we have a change of direction.

The demand for oil is expected to increase at a rate of 1.4% per year over the next twenty years…

World production is expected to peak within 10-20 years. When this peak is hit then increases in demand for oil will become impossible to meet. When this happens, if a strong alternative is not prepared, then economic chaos will be the result.

To prevent this chaos we must begin building new nuclear power plants as soon as possible and using the energy therefrom to create fuel for hydrogen powered engines or supply power for electrical vehicles, depending on where the technology shows the greater promise.

Let’s get real and face the truth here. Teaching conservation will help some, but even if the most optimistic results are obtained energy demand will only increase.

The answer is simple.

First the world population is growing as never before. World population is expected in increase an additional three billion people over the next 53 years. In addition to this as we increase as a nation and world in technology we only seem to find additional methods of using energy. Even if we had no increase in population the developing nations will experience dramatic increases in the need for energy as the populace demand cars, refrigerators and computers as the neighboring nations have.

The ironclad fact we must face is this. The one sure solution that we have to solve our unlimited need for energy without further polluting the planet is already here, already developed just waiting for us to use for the salvation of humanity – nuclear energy.

Right now the opportunity is in the new generation of clean breeder reactors with little or no waste and within 50 years we should have fusion reactors that can supply unlimited clean energy that should pose no threat to anyone.

Let us go forward into an abundant future where all people can have an opportunity to fulfill their dreams through unlimited power.