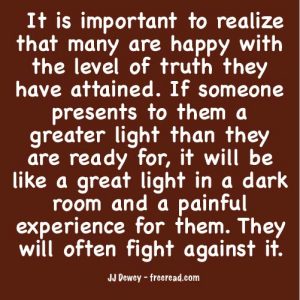 Deception Seven: Nuclear Energy is far too expensive to pursue any further. We would do a lot better to put the money into wind and solar or even coal fired plants.

Those who have an elementary knowledge of nuclear energy realize that it would be our cheapest source of electricity if not for one thing.

That one thing is the successful war waged against this industry by nuclear activists – aimed primarily at the United States, but with power spreading rapidly throughout the world.

They have followed an interesting strategy in the destruction of the nuclear industry which is:

The problem is, of course, the high cost of building and maintaining nuclear power plants.

Consider this: The time from ground breaking to operation testing of a nuclear power plant was increased from 42 months in 1967, to 54 months in 1972, to 70 months in 1980 to almost 20 years from the planning to the opening of the Seabrook plant, which I believe is the last plant to open in this country.

Consider this. It was planned to build the two Seabrook plants 13 miles south of Portsmouth, New Hampshire for a cost of $850 million for both units.

The final cost for one of these units was an astonishing $7 billion dollars and this resulted in the bankruptcy of several electric utilities including PSNH. Unit 2 was cancelled in 1988 after reaching about 23% completion at an investment loss of $900 million.

What in God’s name ran the price up to such an extraordinary degree? Was this some type of anomaly or what?

Consider the projected and real costs of other nuclear power plants:

The difference between the original projected cost and actual cost of just these five power plants and Seabrook is over $21.6 billion. An estimated 120 nuclear plants in various stages of planning or construction met a similar fate. No nuclear power plant ordered since 1974 in the U.S. has ever been completed. (Figures quoted from The Environmental Case for Nuclear Power by Robert C. Morris Pg 173)

Nuclear activists like to blame the high actual costs compared with the projected costs on the blundering idiocy of scientists, planners and inept nuclear authorities etc. Unfortunately, this is just another attempt at deception. This group of nuclear experts did not go from building plants in 42 months on budget and schedule to missing the mark up to sixteen times the projected amount for no reason.

There is a very obvious reason and perhaps no nuclear construction effort demonstrates this better than the Seabrook plant in New Hampshire.

The planning for building two large nuclear plants at Seabrook that would generate up to 70% of New Hampshire’s electricity began in 1971. There was no reason to think that all would not go as planned for several nuclear plants had already been built in the area and their construction costs had come in below the projected costs and had been finished on schedule.

Perhaps a direct quote from an activist’s web page would tell what happened next:

“Public education and opposition to the Seabrook site was first mobilized in 1972 through state proceedings over environmental issues and the associated dangers of nuclear power. A highly contentious legal intervention through the federal licensing proceedings began in 1975 and extended over 25 years. By 1976, a growing public awareness over nuclear power issues and the Nuclear Regulatory Commission’s promotional role in nuclear power development led to the formation of a New England-wide citizen coalition called the Clamshell Alliance. Inspired by citizen opposition to another proposed nuclear power plant site in Montague, Mass. and the successful citizen occupations that halted construction of a nuke in Wyhl, Germany, the Clamshell Alliance adopted nonviolent tactics as part of a Declaration of Nuclear Resistance. A series of nonviolent site occupations and demonstrations began in August 1976. By April 30, 1977, the alliance had mobilized 2000 activists, organized by “affinity groups” to march onto the construction site and encamp in defiance to continued construction. 1414 anti-nuclear activists were subsequently arrested and held in five National Guard armories and two county jails for up to two weeks. Their incarceration creatively turned into seminars and workshops on nuclear power issues and served to spawn additional citizen opposition around nuclear construction sites across the United States. Nonviolent direct actions continued at Seabrook throughout the reactor’s construction and licensing resulting in over 4,000 principled arrests.” Taken from: http://www.nukebusters.org/html/seabrooknuclearpowerstation.html

It’s amazing that these guys are proud as punch of what they have done.

(A) They obnoxiously trespass, break the laws and do everything possible to interfere with construction. (B) Create every obnoxious lawsuit possible that created delays that ran into the billions of dollars. (C) Scared the daylights out of local residents with misinformation which caused politicians to take the side of the activists. (D) Once the politicians were on their side Seabrook was inundated with such tight enforcement on new and dreamed up trivial regulations

As it turned out that which should have taken less than 5 years to build took 20 years.

And who had to pay for that seven extra billion in costs?

Thousands of average people who were investors and taxpayers and the whole state of New Hampshire who had to pay through the nose for power.

We are today seeing the results of the lack of nuclear power in the New England states. For the past couple winters they have had extreme shortages of energy and have had to depend upon imported oil (which is in short supply) for winter heat. Last year Clinton tried to bail them out by releasing strategic oil reserves.

The activists have been so successful at demonizing nuclear power that a new plant has not been ordered in the United States since 1974. Perhaps Robert Scherer of Georgia power says it best, speaking the thoughts of many utility administrators: “No utility executive in the country would consider ordering one [a nuclear power plant] today-unless he wanted to be certified or committed.”

Here is another quote: “The first lesson we’ve learned is, “Don’t build nuclear plants in America. You subject yourself to financial risk and public abuse.” Don Beeth, director of nuclear information at Houston Lighting and Power.

It is indeed a testament to the economic feasibility of Nuclear power that even though the activists have driven up the costs of construction by a factor of ten or more as well as driving up the operating costs with innumerable regulations (that actually make the plants less safe) that nuclear energy in the United States is still competitive with other sources of power.

The activists have been more successful in Germany and they have been phasing out nuclear energy with current plants to eliminate them all.

Guess who has to by energy from who?

Right. Germany has to come begging to France for their cheap, but abominable power which is generated by nuclear power.

That makes a lot of sense doesn’t it? Germany dismantles their nuclear program and then supplements the shortfall produced by buying nuclear generated power from France. Hypocritical wouldn’t you say?

Unfortunately, France is now a prime target for the activists. Their goal is to stop France from building any more plants.

If they are successful France can say goodbye to her clean air and cheap power. She will be forced to import tremendous amounts of coal and oil and return to the dark ages of power generation.

It is obvious that when construction costs rocket up to sixteen times projections because of frivolous lawsuits, regulations and the daily invasion of protesters that the cost of nuclear power is more than it should be. France is proof that nuclear power can be very reasonable, but even there costs are more tan they should be because of activists. They are just not as numerous or effective there.

If we had the opportunity to streamline production of a new generation of nuclear power plants here in the United States without the delays and extra costs imposed upon them by activists then they could supply the most economical power in the world. We have potential to deliver electricity by nuclear power at about half the cost of that received by coal burning plants today.

As it is, in the United States, even with all the problems, nuclear power is still competitive in price with other sources. But things could be so much better.

“Some people see things as they are and ask why. I dream things that never were and ask, why not?” Bobby Kennedy