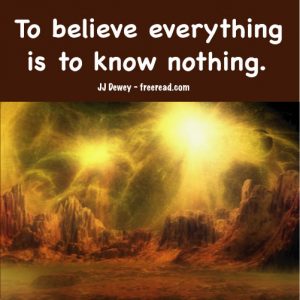 Here is a news story written in 2003 which is a fun one to revisit.

Word is made flesh as God reveals himself… as a fish

An obscure Jewish sect in New York has been gripped in awe by what it believes to be a mystical visitation by a 20lb carp that was heard shouting in Hebrew, in what many Jews worldwide are hailing as a modern miracle.

Many of the 7,000-member Skver sect of Hasidim in New Square, 30 miles north of Manhattan, believe God has revealed himself in fish form.

According to two fish-cutters at the New Square Fish Market, the carp was about to be slaughtered and made into gefilte fish for Sabbath dinner when it suddenly began shouting apocalyptic warnings in Hebrew.

Many believe the carp was channelling the troubled soul of a revered community elder who recently died; others say it was God. The only witnesses to the mystical show were Zalmen Rosen, a 57-year-old Hasid with 11 children, and his co-worker, Luis Nivelo. They say that on 28 January at 4pm they were about to club the carp on the head when it began yelling.

Nivelo, a Gentile who does not understand Hebrew, was so shocked at the sight of a fish talking in any language that he fell over. He ran into the front of the store screaming: ‘It’s the Devil! The Devil is here!’ Then the shop owner heard it shouting warnings and commands too.

‘It said “Tzaruch shemirah” and “Hasof bah”,’ he told the New York Times, ‘which essentially means that everyone needs to account for themselves because the end is near.’

The animated carp commanded Rosen to pray and study the Torah. Rosen tried to kill the fish but injured himself. It was finally butchered by Nivelo and sold.

However, word spread far and wide and Nivelo complains he has been plagued by phone calls from as far away as London and Israel. The story has since been amplified by repetition and some now believe the fish’s outburst was a warning about the dangers of the impending war in Iraq.

Some say they fear the born-again President Bush believes he is preparing the world for the Second Coming of Christ, and war in Iraq is just the opening salvo in the battle of Armageddon.

Local resident Abraham Spitz said: ‘Two men do not dream the same dream. It is very rare that God reminds people he exists in this modern world. But when he does, you cannot ignore it.’

Others in New Square discount the apocalyptic reading altogether and suggest the notion of a talking fish is as fictional as Tony Soprano’s talking-fish dream in an episode of The Sopranos .

Stand-up comedians have already incorporated the carp into their comedy routines at weddings. One gefilte company has considered changing it’s slogan to: ‘Our fish speaks for itself.’

Still, the shouting carp corresponds with the belief of some Hasidic sects that righteous people can be reincarnated as fish. They say that Nivelo may have been selected because he is not Jewish, but a weary Nivelo told the New York Times : ‘I wish I never said anything about it. I’m getting so many calls every day, I’ve stopped answering. Israel, London, Miami, Brooklyn. They all want to hear about the talking fish.’

A devout Christian, he still thinks the carp was the Devil. ‘I don’t believe any of this Jewish stuff. But I heard that fish talk.’

He’s grown tired of the whole thing. ‘It’s just a big headache for me,’ he added. ‘I pull my phone out of the wall at night. I don’t sleep and I’ve lost weight.’

3 thoughts on “The Talking Fish”