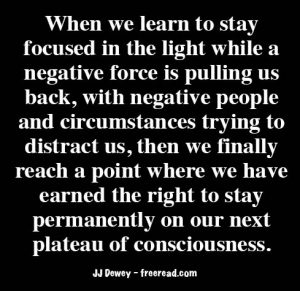 The group participated in an online test to see where one is in harmony with the various religions. Below are my test results. It looks like a number of us missed our callings as Hindus.

I think I have to agree with some of you who said that this test is not 100% accurate, but fun to take anyway.

I would like to welcome Lance to the group. I can understand where he is coming from in his posts since I was deeply involved in the LDS church at one time. Even though it seems like a lifetime ago my memories of that mindset are still very clear.

I find that about the only people who understand the Mormon mindset are those who have been through the system. Unless you have been there, it is difficult to understand how powerful the thoughtform is and how difficult it is to free yourself from it. Perhaps only the Jewish religion has such a strong hold as well as Islam to some degree.

Therefore I thought I would take a few minutes tonight and explain several reasons why the Mormon teachings have a such a powerful hold on its members.

The Mormons differ from the typical born-again Christian in this major way – and that is the belief in heaven and hell. The regular Christian sees it as black-and-white that you’re either saved and then go to heaven or you are not saved and you go to hell for eternity.

The Mormon theology gives you a better chance for salvation. They believe that everyone will be saved and enjoy some type of heaven except for those who are condemned to outer darkness by the authorities of the church. These are those who have seen the light and turned away from it. All but these condemned ones, who are called the Sons of Perdition, are in pretty good shape but these suffer a hell of even greater torment than believed by the standard Christian. The Scriptures say that the height, the depth, the width and the breadth of the torment no man knoweth save they who our partakers thereof.

On the other hand, those who go to one of the heavens have a great difference in the reward that they receive, with even the lowest achievers being in good shape compared to mortal earth life.

The glory of the lowest heaven is that of the stars and the worst of men eventually wind up there. The second heaven is equal to the glory of the moon and in this heaven dwells those who did not embraced the Mormon faith, but were good and decent people. In the highest heaven the glory is equal to that of the sun. This is called the celestial kingdom. You have to be a good Mormon to go here. But then we are told there are three divisions to the celestial. The highest one requires covenants made in the temple. And if you attain this heaven you become as one of the gods and enjoy eternal progression and get to live with your family forever and ever.

The average Mormon often says that if he doesn’t make it to the highest kingdom and live with all his family then it’s going to be hell for him. Even if he makes it to one of the lower heavens he doesn’t really feel it will be heaven without his loved ones. So anything the jeopardizes his family getting to the highest heaven is a powerful force in his life.

The highest heaven has a glory equal to the sun and this is where the good Mormons go. But the other good and decent people just go to the glory of the moon. Consider the difference in the rewards. The sun is about a thousand times as bright as the moon. So if you don’t make it to the highest kingdom you are going to be missing out on a lot.

But what terrifies the Mormon even more than losing his family, and even more than missing out on the great glory of the celestial kingdom is being expelled from the church and facing the possibility of becoming a son of perdition living in outer darkness with the devil in his angels for all eternity with no hope of salvation or happiness.

I have presented a number of Mormons with what I considered to be more enlightened teachings. And many of them will listen with interest, but are afraid to act. This fear is summed up in one answer that I was once given that went something like this.

“What you say sounds good, and I think you are correct, but if I followed what you said, and was excommunicated and there was even one chance in a thousand that the church was correct – the thought of suffering as a son of perdition is too overwhelming. I do not want to take that chance. And besides, if there is reincarnation I’ll get another chance. So the safe choice for me is to stay where I am and not upset the apple cart.”

I can understand this because these thoughts crossed my mind as I was pursuing higher knowledge. I thought to myself if “I am wrong I am going to regret this path for all eternity, so I have to be pretty sure I’m correct if I’m going to challenge the teachings of the church.” There was only one way to be sure and that was to obtain soul contact and a witness from the Holy Spirit that God is a loving father and will not condemn you anymore than you would condemn your own child in a similar situation. When I received a spiritual confirmation of this principle I no longer had any fear about pursuing higher knowledge.

Jesus said, “you shall know the truth and the truth shall make you free.” This truth, made me perhaps freer than any other truth I have ever discovered. But a person cannot really appreciate this freedom unless he’s gone through such limitations and has been trapped in such a thoughtform.

To the LDS, Catholics, Seventh-day Adventists or any other religion with a strong authoritative structure my advice to you is to become as a little child and search your soul. Go by the revelation you receive internally, not by the commands you receive externally. This is a path that leads to the peace that passes all understanding. When you achieve this peace you’ll never fear condemnation from authorities again. And remember what the mark of the beast is which is unjust authority – outside authority, which replaces the inward authority of the God within.

1 thought on “The Religious Illusion”