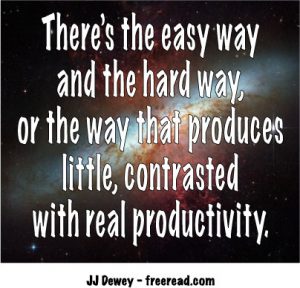 The Law of Adaptation

The Law of Adaptation is the second subsidiary law under the Law of Economy which brings us to our first question. What does this law have to do with the principle of economy?

To answer this question we first must assess exactly what The Law of Adaptation is.

He tells us the Law of Adaptation enables the monad to descend to the planes and make contact clear to the lowest, the physical plane.

The Law of Adaptation uses rotary motion following the line of least resistance to condition matter and make it more pliable and usable for Spirit and Intelligence.

Here DK gives us his most complete comment on this law:

“The Great Ones look to see the faculty of pliability and adaptability working out, that faculty of adaptation that is one of the fundamental laws of species which nature so wonderfully demonstrates. The transference of this law to the inner planes and its working out in the new cycle of effort must be undertaken. This law of adaptation involves the appreciation of the need, the recognition of the new force coming in with the new cycle and the consequent bringing together in wide synthesis of the need and of the force, regarding the personal self simply as a focal point for action and transmutation. It involves the transmutation of the five senses and their extension into the subtler planes so that sight, hearing, touch, taste and smell are welded into one synthetic cooperating whole, for use in the great work. On the physical plane, these tend to the unification of the personal life and to the adaptation of the physical world to the needs of the personal self. On the subtler planes they must be transmuted until they are adequate to the needs of the group of which the individual forms a fragmentary part. The ability to do this is one of the things that the Great Ones look for in those individuals whose privilege it may be to inaugurate the New Age.

A Treatise on White Magic, Page 139

In a nutshell the Law of Adaptation centers around the use of force and intelligence to change form and situations to pave the way for life to descend into matter and then to ascend.

If a human intelligence wants to descend below the depth of the sea he cannot just jump into the water and descend unharmed into the miles of the great deep. He must use the Law of Adaptation and make different preparations for the different depths he wants to explore.

This same holds true for the human spirit, or monad. As it descends down to this seventh, or lowest plane it must go through a series of adaptations so its life is not suffocated. Unlike the diver, spirit seeks to change and condition matter so it can function with greater effectiveness.

Then just as a diver must also take precautions when ascending from the deep, even so must the spirit which is in us adapt us to our environment so we can have a safe journey home.

There are two branches of this law applicable to mankind at this stage of development.

Adaptation and the Individual

We as individuals use the Law of Adaptation regularly as we progress through life. The more adept one becomes with the law the more success he will have with life.

We start using it as kids to adapt to family life and rules imposed on us by parents. Each child does his best to make the situation and rules work to his advantage. For instance, a child may learn that “no” does not always mean “no” and he uses this knowledge to adapt to the advantage of his desires.

Later, when he finds a life companion he finds that if he (and of course she) wants to have a successful relationship that he must apply the Law of Adataption as never before. He adapts his will, his desires, his interests to a degree in order that both people involved get enough of what they want the two can move forward as a unit.

The next big adaptation takes place when the individual embarks on his career. He finds that if he is going to be successful he must adapt to the conditions imposed by his boss, company rules, customers, co-workers and required hours of work.

A most important adaptation for the seeker is adjusting his mind, heart and actions to the impressions he receives from Spirit and higher parts of himself. Depending on where he is on his journey, these adaptations can be minor or earth changing.

Finally, as he grows older he finds he must adapt to the changing aging body that deteriorates until the time of death.

Of course, there are many other lesser adaptations that are made in life but these are some highlights.

Adaptation and the Group

Not only must the individual adapt to the group of which he is a member, but the group life must adapt to the circumstances in which it finds itself.

The local service group of which one may be a member must adapt to the will of the people in the group, the laws of the land and various changing circumstances.

A religious group must do the same, even while claiming to be unchanging. In truth nothing in the worlds of form is without change.

A political party or group must adapt to the changing values and demands of the people. The same goes for a nation or state.

Finally the people of the entire planet must adapt to the changing world.

One may ask how we can consider the Law of Adaptation to be a spiritual law behind positive evolution when some of the steps under it may be considered regressive. For instance, some people adapt by lying, cheating or even hurting other people.

The simple answer is this. All adaptation occurs because of a guiding intelligence and because intelligence learns from mistakes a dominating good always rules in the end. Therefore, as one adapts he may go one step backward and two steps forward, but overall the journey initiated through adaptation is forward.

May we therefore, as seekers of the good, the beautiful and the true, use the Law of Adaptation to go forward in the direction of Spirit.