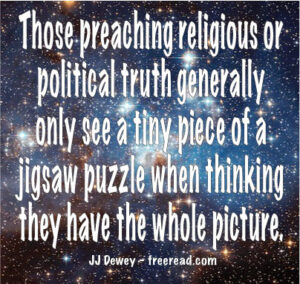 A reader claimed that there is no historical evidence for the existence of Jesus, but there is actually very powerful evidence that Jesus existed. Not counting spiritual proof available let us list the practical ones.

[1] There are four different accounts seemingly written by four different individuals testifying to his existence, life and teachings. These of course are Matthew, Mark, Luke and John.

Critics complain that we do not have an original manuscript, that the earliest manuscript was created hundreds of years after Jesus lived.

On the other hand, there are many ancient Greek authors for which we also do not have an original manuscript yet scholars have no problem accepting that they were real.

For example, scholars believe that they have an accurate text of seven plays of Sophocles, yet the earliest substantial manuscript upon which it is based was written more than 1,400 years after his death!

The earliest fragment of the Gospels is that of John and was found in Egypt and dated shortly after 100 AD. This was only a few years after it was written just before the turn of the century.

Information on the manuscript can be found HERE

Also found in Egypt were the Magdalen Fragments of the gospel of Matthew. Most scholars agree that they date back to the second century, but some argue that date clear back to 70 AD.

More information can be found HERE

In addition, there exists a fragment of the Gospel of Peter (not in the Bible) that dates back to just after the first century.

It is an interesting fact that there exists today approximately 5300 copies of ancient Greek manuscripts which are copies of the gospels. This number greatly exceeds the Greek copies testifying to any other man in history.

[2] There are hundreds of apocryphal works of ancient date testifying to the life of Jesus.

[3] It is a stretch of the imagination to believe that around 2 billion believers today follow an imaginary character. No other religion of any significance has the existence of its founder questioned.

[4] Skeptics claim that around 300 AD a group of writers fabricated the gospels and somehow convinced the entire Roman Empire they were true. This would be comparable to the current president and his advisors convincing the country that some imaginary guy named Oliver Smith is the messiah and appeared in America around 1700 AD. It is just not believable.

[5] The words of Jesus in the Gospels are the most powerful words ever written and are quoted and duplicated more than any other in history. This feat would be virtually impossible to achieve by fraudulent individuals.

The Coming of Christ

A reader expressed the view of many in the world that Jesus is not going to present us with a second coming as it would be counterproductive to repeat himself.

He is right on a major point here, and that is that it would be counterproductive for Christ to repeat the same type of mission as last time.

On the other hand, all life as a whole is reborn from time to time and this includes even such high entities as Christ and even the Ancient of Days, though will be a long time though before the Sanat Kumara comes again.

Last time his primary purpose was to demonstrate the divinity of man and his oneness with God. This time he will come more as a teacher to solidify the new age of peace.

Exactly how he will come is a mystery not yet revealed to students but it could be through an overshadowing, as happened last time, or he could manifest in a body of his own. How he will manifest will largely be determined by the need.

It will be some time after he begins his work before the disciples of the world realize that the Master is among them. He will come as one of our brothers, for the brotherhood of man is more of a keynote at this time than the demonstration of divinity.

He felt that his whole life was some kind of dream and he sometimes wondered whose it was and whether they were enjoying it. Douglas Adams (1952 – 2001), The Hitchhiker’s Guide to the Galaxy”