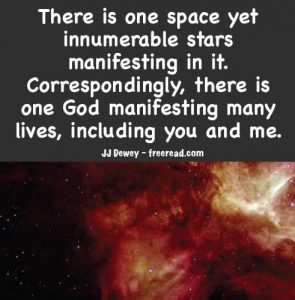 The Hierarchy of Gods

I remembered when I discovered the truth of reincarnation, shattering my whole belief system. This did not happen with one piece of evidence, but I had to be hit with proof after proof after proof until I was forced to look at the principle with an open mind or deny the whole logical thought process.

Then when I discovered this was true for a surety I began to ask myself what other areas of belief that I may be upside down about. After I asked this question to myself I decided to read all the scriptures (including the Mormon ones) from cover to cover with the mindset that I knew nothing and had never been taught anything from them by any man. My attitude was to just discover what the prophets were saying with no preconceived notions at all.

What happened in doing this amazed me. I discovered principle after principle, truth after truth, that I had never seen before. I kept asking myself: “Why did I not see these things before?” Then as I studied the last book of the Bible I began to realize that I was so blinded because the true meaning of the Beast in Revelations is unearned authority and one reason I was able to break free and discover additional truths is that I released my mind from all outwardly authority and began to seek only those things that registered with my own soul.

Many of the things I teach in this group which seem new and unique I received while reading the scriptures.

It’s been about 22 years (written Jan, 2000) since I have been involved in religion and I must say that my way of looking at the world and the “plan of salvation” is much different today than it was back then.

I have read very little over the past fifteen years, not because I have given it up but because my time has been at such a premium. As I look back on this period I think this may have been the design of my soul for in some ways I have learned more in the past fifteen years where I have done very little reading than I did the fifteen previous where I did a lot of reading. Contemplation and tuning into the Oneness Principle can often lead to greater light than the reading of books.

By the way Glenys I agree with you 100% that it is a miracle that we have had a number of people join us who have emerged from highly structured religion. Unless a person has gone through it he cannot appreciate the difficulty in making the change.

I was accused of teaching relative truth. Why anyone would think that I believe in this is beyond me. Our perception of truth is relative, but the “truth is true and nothing else is true.”

I have also never been in harmony with the “God is dead” writers. I believe in a Living God as Jesus taught: “God is not a God of the dead (dead prophets) but of the living” (living people having God within them).

How can one believe in the omnipresence of God and not believe that God is within us? What do such people think – that God is everywhere but in us?

I am going to post more writings in the near future about the nature of God.

There is some confusion because the Mormon scriptures indicate that there is one God with scriptures such as:

“And now, behold, this is the doctrine of Christ, and the only and true doctrine of the Father, and of the Son, and of the Holy Ghost, which is one God, without end. Amen.” II Nephi 31:21 Also Mormon 7:7

“And Amulek said: Yea, there is a true and living God.

Now Zeezrom said: Is there more than one God?

And he answered, No.

Now Zeezrom said unto him again: How knowest thou these things?

Then later Joseph Smith taught that there are many Gods and said that the God over us once was a man like us. He even made fun of the one God statement from the book of Mormon:

“Many men say there is one God; the Father, the Son and the Holy Ghost are only one God! I say that is a strange God anyhow–three in one, and one in three! It is a curious organization.” DHC 6:476

He also said in the same reference that

“The heads of the Gods appointed one God for us; and when you take [that] view of the subject it sets one free to see all the beauty, holiness and perfection of the Gods.”

Let’s put this all together as simply as possible now and I will write more on the subject later.

What causes the confusion in Mormon doctrine as well as some other religions as well as metaphysics is that there is only one God, one great life that permeates the universe. But within this universe is a hierarchy of Masters who understand that they are created in the image of the one God and are a reflection of Him/She/It. These Masters understand that they are one with God to the extent that when they tell their disciples that “I AM God” they are not saying they are a God in a separated sense, but in a oneness sense. Just as my mouth is not the whole me but can say “I am JJ” even so can The Ancient of Days (which is the God appointed to this earth) and the Christ tell us that they are the one God. Even though they are two individuals, they are really one with all the other Masters. Because there is real oneness these Masters are true voices of the One God.

The main difference between us and the Masters is that we do not comprehend our oneness with God and feel it sacrilege to consider it, yet the scriptures say:

God is the true light in us and we are in him. When we realize we have this oneness with God we then approach the true path of overcoming all things as did the Christ.

What does it mean when it says “The elements are the tabernacle of God?”

It means that the true body of the one God is all the elements in the whole universe. A body of a Master is just one small part of the One God, but because of The Oneness Principle this small part is a mouthpiece for the One God.

What does it mean when it says “man is the tabernacle of God.”

Answer: It means that just as the body of the One God is the Universe, the body of man is a creation of the mind of God and as such contains a universe within it. God does dwell within us just as the metaphysical teachers proclaim. Our bodies are tabernacles or houses that is the dwelling place of God and that God which is within us is our true selve which has always been one with God, but because of illusion we see ourselves as separate from Him.

We do not really become Gods as the Mormons teach. Instead we become Masters through a growing realization of who we really are.

The God who appeared to Moses, for instance, was a Master in a physical body. The higher Masters in the Spiritual Hierarchy do not always reside in physical bodies, but fold lower elements into the higher when they reside in higher worlds. But any time they wish to visit the physical sphere they unfold their physical selves. It is very uncomfortable for them to reside here for any length of time however. If a disciple exercises faith this creates a bridge that opens a door that allows a visit with minimal discomfort.

As far as developing physical characteristics goes – we have within our cellular computers all the knowledge incorporated therein to manifest physical bodies of the highest perfection. The key to accomplishing this is not in the test tube (even though that can work to a degree) but to advance in consciousness. As we advance in consciousness our bodies advance in refinement. Consciousness is the activating factor of any unused DNA or other ingredients that alters our form and physical abilities.

A reader commented that he was somewhat confused with my presentation of Jesus and the Christ as two entities yet it does not sound that way in some of my writings.

Even though there were two entities in one body there was such a high level of agreement and cooperation that they were of one mind. Jesus just recognized that the one that was in and with him saw from a higher angle of vision than he did.

To achieve a rough idea of how this felt look within yourself and feel the two great parts of the life that makes up the one you – your heart and your mind. When your heart and mind are not in agreement we have much inner conflict almost like two lives fighting it out, but when the heart and mind are in agreement (as was Jesus and the Christ) then there is peace and harmony and miracles happen in your life.

When I thus speak of Jesus without qualification I refer to the two operating as one.

It is true that the whole Trinity of God is reflected within us as individuals and we manifest the Triune God as we progress, but two entities working as one is a different matter, but not much different from a husband and wife working together as a team with one purpose.