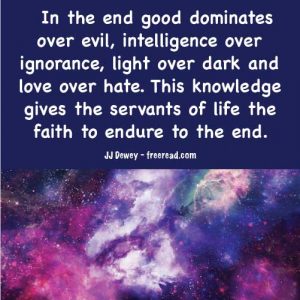 Since the Great Invocation has added emphasis during the three major esoteric festivals I thought I would make some comments on it.

First of all here is the text

From the point of Light within the mind of God
Let light stream forth into the minds of men.
Let Light descend on Earth.

From the point of Love within the Heart of God
Let love stream forth into the hearts of men.
May Christ return to Earth.

From the center where the Will of God is known
Let purpose guide the little wills of men,
The purpose which the Masters know and serve.

From the center which we call the race of men
Let the Plan of Love and Light work out.
And may it seal the door where evil dwells.

Let Light and Love and Power restore the Plan on Earth.

To appreciate this invocation first visualize the earth as a small part of the great Universal Mind of God. See the earth as the tabernacle of God, but the great light that is within it is veiled by thick clouds of darkness. The light shineth in the darkness and the darkness comprehendeth it not. The darkness is the minds of men.

See the earth as it was at the dawn of the present civilization. For thousands of years it was covered with darkness that comprehendeth not the light.

Then, after the long night of waiting numerous millennia a point of light, almost infinitesimal at first but growing steadily, penetrates the darkness. This point of light first radiated from one entity from among the sixty billion designated for this planet. This shined forth from the person of Gautama Buddha and was amplified by the appearance of Jesus about 500 years later.

For 2500 years this enlightenment has been slowly permeating mankind, but by 1945, after the end of the great war the time had come for it to “stream forth” that the divine mission of these avatars could finally be consummated.

See this point of light develop into a great light that pushes back all the darkness until the whole earth is filled with the glory of God.

For the second stanza visualize the earth as it was on the creation day as described in the Bible. Below the darkness the earth was covered in water and there was no land in sight. See it as existing in this state for an untold period of time until after the ages a point of warm glowing land appears. The size steadily increases until the continents appear as they are today in the light of the Sun.

The point of Love is the Christ who was the first of all the sons of men to radiate the pure love of God which is the only sure foundation on which we can stand. One can see why he was referred to as the “Rock” of Israel, a title which he also gave to Peter.

In 1945 when the sign of the Son Of Man was given (the splitting of the atom) the time had arrived for the love of God to “stream forth.” that the mission of the Christ could also be consummated.

Visualize the streaming forth effect as in evaporating the waters in the seas and oceans and the whole earth becoming one great land mass glowing with light as did John the Beloved: “And I saw a new heaven and a new earth: for the first heaven and the first earth were passed away; and there was no more sea.” Rev 21:1

The first heaven and the first Earth are now passing away and “all things are becoming new”. Soon there will be no more sea, or no more cold waters drowning the pure Love of God and there will be Peace on Earth Goodwill Toward Men.

When you say “the center where the will of God is known” visualize God by whatever name is comfortable. See him in the beginning of creation as the one who spoke and by the power of His will there was light in place of darkness. See him as speaking again and there was land instead of water. See him as having an all powerful will-to-good.

Review what I have written earlier on purpose and incorporate the thought into: “Let purpose guide the little wills of men”. It must, however, be “the purpose which the Christ and his group of Masters know and serve.”

In the next stanza we ask that the plan of Light and Love will work out through the race of men and not through the interference of some all powerful dictator. Here we ask that humanity itself through free will, shall gain the power to solve his problems through wielding knowledge tempered with love. We have decided not to sit back and let a god of our own creation do our work for us that we can do for ourselves.

When the race of men are irradiated with light and infused with Love the door to evil is then sealed. This is the seal that binds Satan a thousand years. True evil is not desired by the souls of men when it stands clearly seen in the light of day with flames of love gently drawing men’s attention toward the good.

The final great statement is: “Let Light and Love and Power restore the Plan on Earth.” In restoring the Plan, or building the kingdom of God, all three energies of the Trinity are invoked. Light and Love can seal the door where evil dwells, but Power, or the Father aspect must be manifest to create the literal Kingdom here on the earth.