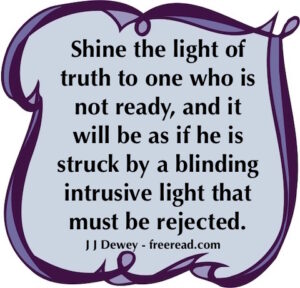 The Death and Resurrection of the Witnesses

“And they of the people and kindreds and tongues and nations shall see their dead bodies three days and an half, and shall not suffer their dead bodies to be put in graves. And they that dwell upon the earth shall rejoice over them, and make merry, and shall send gifts one to another; because these two prophets tormented them that dwelt on the earth. And after three days and an half the Spirit of life from God entered into them, and they stood upon their feet; and great fear fell upon them which saw them.” Rev 11:9-11

In the orthodox interpretation it is believed that John saw the days of international television. How else could all the world see the bodies of two dead prophets, apparently on the streets of Jerusalem?

On the other hand, the prophecy is so specific that if two prophets did appear, were killed, lied in the streets without burial for three and a half days and shown on international TV most of the Christian world would see the correlation to the prophecy and would not rejoice in their death. Instead, the believers would increase in faith and the doubters would fear.

In other words, a knowledge of the prophecy by the world could very well prevent it from coming literally true. Even if the fulfillment took place in another city besides Jerusalem many would see the correlation.

There are physical correlations that can be made for the two witnesses teaching, being killed and resurrected, but the greatest of all, the truest to the original prophecy, pertains to the inner meaning.

Even before the days of TV the teachings of high initiates such as Jesus, Buddha, Krishna and others were circulated throughout many nations for the entire world to see and examine. But, by the time they achieved such circulation, the beast from the bottomless pit had sifted through them all and had told the world what they were supposed to think of them. This caused the two witnesses of Words and Works of the initiates to become as two dead bodies incapable of giving the life to the teachings as did the original teacher.

For three and a half cycles of time the dead bodies of the witnesses lied in the streets.

People of the world were happy about their deaths and even sent gifts one to another. How was this manifest?

The answer is that many were happy that the teachings of the spiritual path presented by Christ was no longer binding on them, but they could replace them with their own brand of religion or philosophy. A part of this was the creation of Christmas where the people could supposedly worship Christ by sending “gifts one to another.”

How long are the three and a half cycles where the witnesses shall lie in the streets?

There are several answers to this as correspondence has several layers.

The first correspondence is the period that the body of Jesus was dead, which also gave the appearance that his two witnesses, his Words and Works were dead also.

Jesus taught for three years and a “half a time,” or a part of a year qualifying for the three and a half times. He died late in the afternoon, probably just after 3 PM, and was placed in a tomb around sunset. He was first seen after the resurrection early Sunday morning. If we use the twelve hour cycles of day and night then just after 9 AM would have been three and a half cycles after his death. But keep in mind that the last period, the half a time, is not exact. This period signifies the time which is necessary to finish the job, whatever that is. Usually, it is close to a half of a cycle.

If we had an accurate history, we could trace three and a half cycles of the teachings of Jesus living and dying and then resurfacing again. If we examine history, we see that there are periods when the teachings of Jesus seemed as if they were dead, when the scriptures existed but were not accessible to the average people. They periodically seemed to be suffocating and then struggling to come to life again. One could use periods of a generation of 40 years, a Saturn cycle of 29.4 years or some other combination and see the death and reemergence of the Christ message repeating itself.

Then again one can use cycles to represent a period of transition in history. For instance, the first cycle after Christ could be the Roman empire dominated by the Caesar-like emperors which suppressed Christianity. The second started at 325 AD with Constantine and marked the expansion of a corrupted Christianity.

The third began with the rise of Islam around 610 AD, continued through the crusades against Islam and ended around 1300 AD.

Then came the half a time wherein the Christ spirit made the final heroic effort to endure to the end and triumph. This continued through the Reformation and Renaissance. Reformers such as Tyndale, Calvin Martin Luther and others sought to bring freedom to think outside the box of the Roman Catholic Church.

In addition, the second arm, the Renaissance thinkers stimulated free thought and expression outside of religion.

Finally, after these three and a half times, or cycles, the two witnesses came to life again, “stood upon their feet; and great fear fell upon them which saw them.” Their coming to life again manifested as freedom for the human soul as manifest in democracy and freedom from slavery. The spirit of freedom did indeed cause great fear in the hearts of those who were attached to the power of the kings.

The symbolic date marking this beginning is July 4, 1776.

This life also manifests in religion as freedom to learn and teach all manner of doctrine thus creating hundreds of differing religions from which to choose.

Neither the churches or the democracies have been perfect, and never will be, but they are living and breathing allowing for the free life of the human spirit to express itself.

In addition, we are yet in the early stages of the new three and a half cycles of life which will last over 1000 years to come. The spirit of the Words and Works of Christ are alive and well, and when maturity comes peace on earth goodwill to men will be a reality.

If our house be on fire, without inquiring whether it was fired from within or without, we must try to extinguish it. Thomas Jefferson (1743 – 1826)