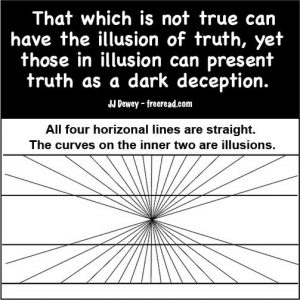 Rick posted some interesting quotes from Ouspensky who was a great thinker.

As you know I posted my own writings on the origin of Oneness in the first chapter of the Molecular Relationship. Here I stated that all the worlds are created by an illusionary principle from the aspect of Purpose. Purpose does not flow. We in duality can flow toward it in consciousness but it cannot flow toward us because it is already here in us, thus there is no flow from the highest to the lowest. There is only the illusion of flow from us to It.

The trouble is many of these ephemeral teachings on a world beyond duality where we are supposed to go to is that no one can explain it. We often make the same mistake as the religionists who paint a picture of God, the Trinity, the purpose of God as so far beyond our understanding there is no sense in trying to understand. Thus they do not advance in knowledge. The key for all of us is to follow the “highest that we know,” not the highest that we do not know.

For instance, how can two points exist as some say and have a flow between them, yet have no space between them? This is beyond our understanding, but we are supposed to accept it. Why accept that which you do not understand? Even in order to have two points or two of anything there has to be the illusion of two. Thus there is no such thing as two of anything without creation through the principle of illusion.

But just as in a dream the events are real when you are going through them and you would much rather have good dreams than bad, even so in this higher version of a dream we should seek to have good dreams and make the best of them until we wake up. Then when we wake to a greater dream still we can savor the experience we had in this dream

The present is all we have whether we are dreaming or not so why try and pull the plug on making the dream a great experience in becoming.

Would we rather be a stagnate Moe or a Robust Phil or Richard?

“Moe made all of his own decisions! He never let his companions in the office or in the wilderness make decisions for him.

“Moe is a true example of a searcher who is decision!”

Nice original thinking Keith. There was no beast within the group. If there were there would have been some punishment meted out to Moe for turning back, or extreme pressure or illusion put before him.

As it was Phil and Richard were disappointed when Moe turned back just as we are disappointed in daily life when we plan to see a movie, for instance, with a friend and the friend backs out. That does not make you the beast to that friend.

When we retreat because of fear then the time comes that we must face that fear again as Moe did when he saw the advantages gained by Phil and Richard because they faced their fears. How can Moe be the hero when he was envious of the path that Phil and Richard had blazed? Moe followed Phil and Richard, but Moe offered no path that any were desirous to follow.

In reality, all of us here are Phils and Richards because we decided and agreed to come to this wilderness earth and go through many lives of danger, pain and sorrow for the ultimate reward of enhanced joy and livingness.

The Moe’s are those who decided to not take physical bodies and play it safe. There are thirty billion Moes and Curlys. and sixty billion Phils and Richards.

Anni asked about Curly’s fate. The parable was not an exact correspondence, but no soul is ever lost forever. There is always a second chance somewhere down the road

In answer to your other questions:

“Is there a relationship between the New Jerusalem and the great pyramid? “

Answer: Yes. Many mystics and sages have had some type of vision of the New Jerusalem and made some type of pattern of it on the earth. The ancient pyramids in the east and west were quite similar for this reason and the disciples within them had inner communion with each other to a degree.

“I would like to know whether the sword of Laban in the Book of Mormon is the same sword as Excalibur? “

No. They were two different swords. Excalibur was a symbol of the Rod of Initiation held by the Ancient of Days.

“You can interpret Brigham Young’s role in history as either an enlightened leader and successor to Joseph Smith or a usurper!”

Brigham Young was a disciple. He was Solomon in a past life, but as Brigham he made many mistakes and did not have a clear understanding of the Molecule and was not a usable instrument to link up with the Brotherhood. He also encouraged an inner order called the Danites which were inspired by the Dark Brotherhood to destroy the light in the church. This order got some of the oaths of darkness into the temple ceremony, such as slitting the throat.

From the Book of Moses we read:

“And Satan said unto Cain: Swear unto me by thy throat, and if thou tell it thou shalt die; and swear thy brethren by their heads, and by the living God, that they tell it not; for if they tell it, they shall surely die; and this that thy father may not know it; and this day I will deliver thy brother Abel into thine hands.” Moses 5:29

This is a symbolic beginning of the oaths popular amount those who do works of darkness and they were embraced by the church.

Joseph was working to insure that this would not be included in the temple ceremony near the end of his life and was one of the reasons he was killed. The Danites felt he betrayed them and that is why they tried to cut off his head after he was shot, but divine interference prevented it.