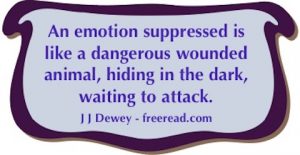 I cannot stress enough that dishonesty and deceit on any level diminishes soul contact and the flow and discernment of spiritual energies.

One of the problems with incorporating honesty into our lives is that some do not seem to realize what it is. In other words, what is and is not a lie in relation to our spiritual progression?

Dishonesty, or a lie, is when you communicate on any level and that information is knowingly presented so as to communicate to another that which is not true.

Thus if some one hurts your feelings and they ask you if you are hurt and you say no you’re fine – that is a lie on the emotional level.

What is not a lie?

It is not dishonest or a lie to keep a secret or to not reveal all your thoughts. Some believe that not telling all is a form of dishonesty, but if this were so, we all would be dishonest each moment of our lives for none of us spill our guts on everything. Becoming as the National Enquirer or on Jerry Springer is not the ideal here.

If a Master were to appear to you this moment there are many questions that you could ask that he would not answer. On the other hand, everything that he would tell you would be true. That is one of the prime reasons he is a Master because he has learned to make all his words reality and his promises all come true. This is perhaps the most important lesson we have to learn on the way to adeptship.

A reader brought up the most crippling physical result of emotional dishonesty and that is cancer. The suppression of negative emotion and the lie of pretending that all is well, when all is not well is a much greater threat to health than any pesticides we get in the grocery store. The people who suppress and deny emotion often come as a surprise to their close friends for they usually are known as the cheerful positive one that nothing seems to phase or bother. The cancer people seem to be the “good that die young,” as almost all of them are very nice people who just “want to get along” in peace.

There are two major areas where the problem lies. The first is suppression of negative emotion. This negative emotion is what the Course in Miracles calls a “grievance.” Someone hurts your feelings and you think that it would be hurtful to respond so you suppress, bottle up the emotion, and hope that it will never see the light of day.

The trouble is that emotion is a type of living energy and when it is bottled up it is still in existence and must manifest in some way on the physical plane.

The second major problem is denial. The person who suppresses realizes that there is a negative emotion welling up in his breast, but one who is in denial has so controlled his emotion and even lied to himself to the extent that he has convinced himself that the negative emotion that still resides within him no longer exists. The lower level of vibration that he has settled into is now accepted as his normal state and has thus made friends and become comfortable with the enemy of spirit.

I do not want to get off on a totally separate topic here until we are ready to cover it in depth, but I will mention several thoughts on DNA.

I believe that about 99% of what you read on the new age sites about it is not true. We hear a lot about activating new strands – sometimes 12 sometimes 24 or more. We currently have two strands called the double helix and this pattern will remain pretty much as it is now for probably thousands of years to come. The only major change to be expected is when the final root race, the seventh appears.

Many mystics are saying that the “junk DNA” is not really junk but are just superior strains that need to be activated. I agree with the scientists here that these are remnants of past evolutionary developments that no longer have an active use, though they may have an influence. It’s a little like our tailbones as a remnant of a tail that is no longer of use to us. All DNA, including the so-called junk, I am sure does have ancient programming and some memories, but for a true retrieval of ancient memories one would have to tune into the permanent physical atom which is composed of etheric matter.

Many talk about DNA as if a rudimentary knowledge it will provide us with enlightenment. It is fine to study this and all other science to look for correspondences, but it may be a drawback to seek enlightenment or spiritual progression through DNA.

Someone asked me about the virgin birth. Since this is controversial I will throw it out with no claim of authority, but as a seed thought for your own soul confirmation.

Jesus, the man, was born not of a virgin, but of two parents – Mary and Joseph. Mary was already betrothed to Joseph when she became pregnant – the scriptures have been altered in this regard. When the time of conception was ready the spirit of the Christ overshadowed Joseph and raised the spiritual vibration of the couple joined in physical union. A perfect climax on the physical, emotional, mental and spiritual levels ensued and Mary became a vessel to provide a flawless physical body for Jesus. Later around the age of thirty the actual entity who was the Christ entered into the body of Jesus. Concerning the Christ who was Melchizedek it is written he was:

“Without father, without mother, without descent, having neither beginning of days, nor end of life; but made like unto the Son of God; abideth a priest continually.” Heb 7:3

It was thus the Christ who was born into the virgin womb of Jesus at his baptism (symbol of new birth) that gave rise to the legend of the virgin birth.

Thus in more ways than one the Master who is the Christ is the Father and the Son.

Note: After I wrote this I became curious what may be written on the subject in the Gospel of the Nazirenes. Evidence suggests that this is the oldest gospel in existence written in the first century AD. I bought a copy some time ago but haven’t had a chance to read it. Anyway after writing the above I opened the book and read:

“And then said Mary to the Angel, “How shall this be, seeing I know not a man?” And the Angel answered and said to her, “The Holy Spirit shall come upon Joseph thy spouse, and the power of the Most High shall overshadow you, Mary, therefore, also that Holy One which shall be born of you shall be called the Messiah, and his name of the earth shall be called Jesus…” Chapter 2 verse 6.