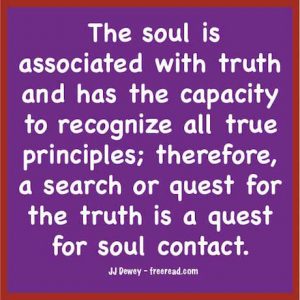 I was asked to elaborate on the process that led to the conclusion that HPB was later JFK.

When I went to the web page and saw H. P. Blavatsky’s writing it seemed familiar. Then I recalled mentally that JFK’s writing was very close and compared the two side by side. I immediately concluded that the match was close enough that there was a strong chance that they could be the same entity. I then decided to investigate more closely. During the next three days I spent every moment researching the two and during this time I felt highly driven. Then as I was lining things up and the pieces were falling in place I felt a presence. I felt it was the HPB/JFK entity sighing, thinking with gladness that it was about time someone figured out the puzzle.

When I receive revelation on a principle I am 100% sure because the soul speaks the language of principles. The soul rarely reveals data, but will verify data from time to time when it is important to the life purpose of the seeking entity. Receiving verification of data is rarely infallible, however, for it is not the language of the soul. I can only say that my soul impressed me to do this research, but cannot say that my soul has verified that my research to be 100% correct.

I relate the soul with principles and facts with this caveat.

First: the soul will verify facts on occasion as I just said.

Secondly, the soul does not give facts, but can open a door so facts can be discerned or discovered. Few are able to go in and out of that door with authority.

MY logical mind does tell me that there is better than a 90% chance that H. P. Blavatsky was later JFK. It also feels right to me.

On this note let me add this. In times past disciple after disciple have revealed many pieces of facts and data that were later proven wrong and they have been discredited to a degree. To retrieve facts and data through the soul or spirit with accuracy requires the status of Master or higher and even these high lives are not infallible. The temptation for the disciple such as HPB, Helena Roerich or Joseph Smith is this: when asked a question they like to give an answer to illustrate the truth of their calling. What happens with many of them is when they do not have a true revelation on the facts they will distill them from their own thoughtforms.

This flaw that many past disciples have possessed needs to come to an end and part of my mission is to bring this about. I am to teach the importance of principles over facts and if I do not have a true revelation of the facts I am to not manufacture them just so my personality will grow in authority. When I do not know the answer to a question where a fact or piece of data is requested I will tell you the truth as I am here with JFK.

All should feel free to disagree with me. No one should ever feel like they are going against some answer from God when they do. Only going against one’s own soul should create any distress.

A reader mentioned the possibility of glamour from me in examining JFK’s past. There’s not much chance of this unless I were to have the glamour of idolization in connection with either HPB or JFK.

There is a strong possibility of glamour entering in when we attempt to see our own past lives, however.

All truth whether it be in the form of facts or principles is helpful to the seeker in seeing the big picture.

If I am correct on HPB/JFK then it teaches us much more than just who JFK was in a past life. It teaches us a method of discovery, the use of logic, and the fact that many people out there making proclamations of true facts do not know any more than the rest of us.

It also gives us a great clue as to what to look for in a trio of entities (JFK, RFK and John Jr.) that are likely to appear on the scene in a generation.

If I am still here I may be able to identify them as they begin their work.

I used the word “revelation” in relation to this HPB/JFK disclosure and perhaps this was a little misleading. A revelation can be some supernatural revealing or it can be a discovery using normal methods. This revelation happened to mentally dawn on me when I compared the two handwritings side by side.

Even when I am 100% sure through the soul of a teaching I try to avoid giving it out as a divine message. For some, this creates an authority behind the teaching that causes them to not examine the validity of it through their own means of truth detection.

Question: One thing that I can’t figure out though. Why would HPB/JFK be pleased that someone figured out the puzzle when there is so much glamour around about past lives?

It is true that there is a lot of glamour associated with past lives, but over 90% of such glamour comes from an erroneous perception that the person involved is more important that he is, often some important historical figure. An entity who really discovers he is a true historical figure would be much less likely to have a glamour associated with it than he who is deceived.

Let us suppose that Joel discovered he was Einstein in his last life. Now the fact that he concretely realizes this has nothing to do with a glamour. If, however, he comes on the group as says: “Hey guys. Guess what? I was Einstein in a past life. Isn’t that cool? Now maybe you’ll pay attention to me.”

Such desire for recognition and authority is a sign of glamour.

On the other hand, I have met Joel and would guess that if he discovered such a thing he would pretty much keep it to himself – maybe telling his wife or best friend. He’d probably feel that blurting it out to the public would create more problems that it would be worth.

But let’s move ahead a few years to Joel’s old age. Maybe on his deathbed he thinks, “It is indeed true that I was Einstein and I knew some of my friends and family in that past life. It would be nice, after I am gone and not here to take undue glory in my past, that the truth be revealed. Then Joel dies and it seems this knowledge dies with him.

But then a few years later his son discovers the truth and publishes it. This disclosure would not cause a glamour with Joel on the other side unless he was already wrestling with them in the flesh. It is most likely that he would look on and smile, reflecting on the fruit of his labors in both lifetimes. A simple acknowledgement or appreciation for that which is true has nothing to do with glamour. It is the undue or unnecessary inflation of the ego that creates the problem.

When I picked up the impression that HPB/JFK was glad someone figured out this connection I felt no glamour involved – just a simple appreciation for truth revealed.

Comment: You would think that JFK would at least be a little interested in some abstract or occult spiritual practices. I don’t think it would be more different if you said that Jimi Hendrix was reincarnated into one of the Olsen twins.

JJ: How did you know that Jimi Hendrix reincarnated into one of the Olsen twins? (Just joking)

There are several things to take into consideration here. First, a number of our ray influences change with each lifetime. Secondly, our soul has a different destiny for us in each life that often requires a change in focus.

Thirdly, the Kennedy family into which JFK was born was extremely political. Politics was the main focus and Joe Kennedy had political ambitions that he instilled in all his boys. John, Bobby, Ted and also Joe Jr. who was killed were all political animals. There was no getting around a focus on politics for the entity who was JFK, no matter that his interest was in his past life.

The soul often decides on a shift of focus for us when we enter a new life. It comes after we have become proficient in our last learning lesson. In HPB’s case one must admit that she had become about as learned in occult philosophy as one can get, meaning it was time for her to enter a new field of learning which was apparently politics. When this shift happens the entity often becomes so absorbed in the new learning that he seems disinterested in his old field. But he will have an internal understanding of the past principles learned.

Comment: When I looked at the photographs side by side I realized how much a personality can make an impression on who we think we are and who others are but when we die we truly on some level cease to exist. Its kind of depressing even believing in reincarnation that once we die we will never be who we were.

JJ: That which is real is eternal and never ceases to exist. On the other hand, our personality and our illusionary belief systems are unreal and will change and eventually be no more as it is now. This even happens within a single lifetime.

When I was about 21 years of age, and an active member of the LDS church, I was contemplating my future, trying to imagine myself 20, or 40 hears from then. I asked myself, If I could see the future what possibility would be most shocking (in a bad way)? I ran by the possibility and this was the vision of me that made me cringe the most: “That I would stray from the doctrines taught by the church and actively teach that which the church would condemn.”

Well, here I am in that future fulfilling my worst nightmare. The only thing is that it is not a nightmare, but an awakening to a much greater light than I had before. Would I go back to where I was? No. Instead I embrace who I am and look forward to BECOMING a new and improved version of myself tomorrow.

It is true that the old church-going indoctrinated JJ: of yesteryear no longer exists, but that which is real within me persists. The elements composing my outer self have changed, but the inner me which makes the decisions persists and will always be.

Perhaps the concern is partially based on a glimpse of the fourth initiation of renunciation which comes to all of us. In the great renunciation we let go of all attachments to personality desires. The disciple must release attachments to desire and belief that is more important to him than physical life itself.

In the meantime regular seekers can take comfort in this. As long as we follow the soul our next level of development will be embraced and joyous. It is nothing to cause fear or dread.

“It is in sleep and in prayer, a state akin to sleep, that man enters the subconscious to make his impressions and receive instructions. In these states the conscious and subconscious are creatively joined. The male and female become one flesh.” Neville