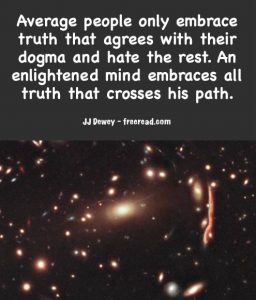 John 11:26 “And whosoever liveth and believeth in me shall never die. Believest thou this?” Here we are told that if we follow the words of Jesus we will never die.

Question: Would Jesus teach something that He would not demonstrate? The whole world believes that Jesus died on the cross, but did he really? Is it possible that he practiced and demonstrated his teachings of overcoming death?

Is it also possible that the words of Christ can enable us to never die also?

Several of you were on the right track of the answer here. The overcoming of death, not only for Him but for others who were willing to listen to his teachings, was a major item presented by Jesus. Over and over he said things like: “If a man keeps my saying, he shall never see death.” Then he talked about eating the manna that comes from heaven so you will never die. John 6:50

How can a Master rightfully teach us that we shall never die if He does not demonstrate the principle himself? Contrary to popular belief, Jesus did demonstrate exactly what he taught.

By all practical reasoning it did seem that Jesus died on the cross. Not only was His body lifeless, but he was placed in a sealed tomb for three days. One would naturally assume that a mortally wounded body lying in state for three days would have to be dead. Even if He still had some life in him after being taken down from the cross He couldn’t have lasted long without someone nursing him back to health, right? Remember that in addition to the cruciﬁxion a Roman soldier cut His side open with a sword to make sure He was dead.

The truth is that the Christ did not desert Jesus as He initially believed, but stepped outside the body while Jesus was on the cross. During this period He was not living in the body with Jesus, but was still connected with Him and used His higher knowledge to preserve the life force and to insure that the silver cord would remain intact for three days.

Thus when Jesus spoke the words: “Father into thy hands I commend my Spirit,” He did not die, but merely left His body for a period of three days. During this period He visited both the lower and higher spheres of what is called the Spirit World and taught the glorious message that even physical death does not have to have a hold on us, that the body can be raised up and restored by the power of God.

A beautiful account of this is found in the Aquarian Gospel as quoted below from chapter 172:

25 The garden of Siloam was silent on the Sabbath day; the Jewish soldiers watched and no one else approached the tomb; but on the following night the scene was changed.

27 And they supposed again that friends of Jesus were alert, were coming up to take the body of their Lord away.

28 The soldiers were alert with swords unsheathed and drawn, and then they heard the words again.

29 It seemed as though the voice was everywhere, and yet they saw no man.

30 The soldiers blanched with fear, and still to ﬂee meant death for cowardice, and so they stood and watched.

31 Again, and this was just before the sun arose, the heavens blazed with light, a distant thunder seemed to herald forth a coming storm;

32 And then the earth began to quake and in the rays of light they saw a form descend from heaven. They said, Behold an angel comes.

33 And then they heard again, Adon Mashich Cumi. 34 And then the white-robed form tramped on the Roman seal and then he tore it into shreds; he took the mighty stone in hand as though it were a pebble from the brook, and cast it to the side.

35 And Jesus opened up his eyes and said, All hail the rising sun; the coming of the day of righteousness!

36 And then he folded up his burial gown, his head bands and his coverings and laid them all aside.

37 He rose, and for a moment stood beside the white-robed form.

38 The weaker soldiers fell upon the ground, and hid their faces in their hands; the stronger stood and watched.

39 They saw the body of the Nazarene transmute; they saw it change from mortal to immortal form, and then it disappeared.

40 The soldiers heard a voice from somewhere; yea, from everywhere, it said,

42 They looked, the tomb was empty and the Lord had risen as he said.

43 The soldiers hastened to Jerusalem, and to the priests, and said,

44 Behold, the Nazarene has risen as he said; the tomb is empty and the body of the man is gone; we know not where it is. And then they told about the wonders of the night.

The disciple Jesus awoke, and his body was restored to health. Then His body was folded into the idea behind the form and transported to another location.

The new teaching I promised you today is the concept that Jesus underwent a process that meant certain death just as revealed in the scriptures and he was in the tomb for three days, but technically He never really died for his silver cord was never severed.

Even though He taught this to certain disciples, many in the early church, including Paul, wanted to believe that He actually died and taught this as truth. Because the fundamentalists today esteem the words of Paul as even more reliable than Jesus, they would have much difﬁculty in accepting this idea.

Nevertheless, this knowledge is an important part of the teachings of the Christ. An essential part of His mission was to demonstrate that if a person becomes one with God that he will never die.

Question: Is this still a possibility today? Can we still partake of the manna from heaven and never taste physical death as Jesus taught?