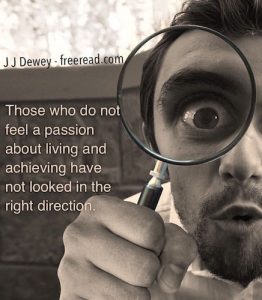 There is a lot of truth that the eyes are the window of the soul. Looking into another’s eyes really helps to share the soul energy. The first time I really felt love towards Artie was that moment I looked in the audience and saw her looking at me. Something was transferred through the eyes.

Here’s an example. If a man or woman has a spouse and they’re in love with him/her they wouldn’t dream of saying to a good friend, “Hey you want my spouse for a few days? You can borrow her if you’d like. It’s fine with me. When I get her back I’ll have just as much fun with her as ever.”

But when a man has a secretary and likes her he wouldn’t think a thing about it if he offered her to someone for a few days. She does a good job and gets praise for her work but there is no romantic relationship so sharing her for a few days is fine.

If you start seeing imperfections in the other person where, instead of sending 90-100% you begin sending less energy, pretty soon you hate him so much it becomes a negative 50! This romantic energy is totally different from pure spiritual love or friendship and when a person understands that there’s only one unit he can then see why all the master teachers through the ages have taught the importance of commitment in a relationship.

It’s a different type of commitment than a spiritual relationship. In a romantic relationship that which is good is for you two as a unit. In a spiritual relationship the energy is for the good of the whole no matter how big that group may be. So for the group gathered here so everything we do is for the good of the whole. There is plenty of energy here. One person can’t go grab it all for himself or one couple can’t grab it for themselves. It’s a universal energy that’s circulating.

Even though romantic energy is on the astral level it’s still important. Many new agers seem to discount anything astral, even thought many of them are astral bound themselves and think astral energy is spiritual energy. The astral and physical layers of energy play an important function just as do the higher spiritual energies.

Audience: What if when the higher unfold, you close the bottoms?

JJ: Then you create a blockage and it would not work properly. Here’s something I notice a lot among those who practice a lot of negative meditation. By negative meditation I mean one in which the mind becomes empty as compared to a positive meditation that contemplates a seed thought. A lot of such meditators are people that seem to deny their lower energies. A friend of ours who is into it never seems to get angry. I’ve never seen him get passionate about anything. When he speaks about meditation it’s the most boring monologue I’ve ever heard in my life. It’s all about details and not principles. He just about puts me to sleep. He’s a nice guy. I like him personally. His lower centers seem atrophied. He needs to explode with passion or something. (laughter)

You’ll notice the Avatars of the age, the ones who have really changed the world, their lower centers have been very active. Look at Jesus in the Temple. Look at Moses. He was so upset that he killed an Egyptian who was trying to whip a Hebrew slave. That’s how passionate Moses got.

Let’s look at some other great leaders. Alice A Bailey lists Abraham Lincoln as a great avatar. She calls him a racial avatar, one of the greatest we’ve had. When you read about Lincoln you hear that he was very passionate. He felt very passionate about the war and was beside himself with the incompetence of his generals. Then he looked at Grant for leadership. No one wanted him as head general because he drank too much and swore too much. He didn’t have a good reputation. The New York Times castigated him and told Lincoln he should fire him and get rid of him. Has the New York Times ever given good advice?

Lincoln didn’t listen to them. He said Grant had one thing that no general had. When it comes time to fight, he will fight. These other guys could write books on strategy but if cornered they wouldn’t fight. Grant will stand up and fight. Lincoln himself had to fight tooth and nail to get Grant and this led to winning the war.

When you read about Lincoln he was extremely passionate. When things didn’t go right he was very upset. He had his lower centers open and working.

The average person may have the solar plexus open 70% and the heart center open about 30% and the head center open around 10%. If we increase these to 80% and 50% the solar plexus is also continuing to unfold. As a person becomes more and more evolved, eventually his solar plexus is open 100%. So he has more energy circulating in the lower center than the thug does. The thug thinks he has a lot to control but the higher evolved person has even more to control. A lot of people don’t understand that. They think once the higher centers become active the lower are quiescent.

Even though his lower centers are open 100% with strong sex drive, strong passions, strong feelings and strong intensity, he’s developed the ability to lift those lower weights. So the thug whose solar plexus may be open only 50% has a harder time with that 50% than the disciple has with 100%. But the disciple has more energy in the lower centers to work with. So the people who tell you the lower centers are to be ignored, to be quiescent or to be neutralized, they themselves will usually have problems and will usually end up accomplishing nothing in their life for they ignore the drive and passion that comes from the lower centers.

If you look at the people who have accomplished anything in the service of humanity they’ve all been very passionate people. Look at John Kennedy for instance. He was very intelligent, a Democrat who inspired us with, “Ask not what your country can do for you but what you can do for your country.” Who has this attitude today, Republican or Democrat? Everyone still quotes it but no one believes it. Most people want to know what their country will do for them and to hell what they can do for their country. “What about my Social Security? What about my Medicare?” What about my prescription drugs? Everyone says, “What can my country do for me?”

JFK was very passionate. He didn’t control all of his passions but he is an example of a person who is obviously evolved yet had very intense passions. He’ll probably need to come back in another life to get them all under control and directed more intelligently. As I read about his life I could see that he did control most of his lower passions. He had a problem with some things, especially sex but a lot of that might be attributed to his father’s teachings and example.

If two men agree on everything, you may be sure that one of them is doing the thinking.