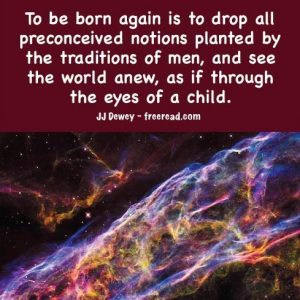 A fifth degree master is not immortal in the physical sense, but has achieved power to extend his life or to restore his vital essence. A fifth degree master will die when his course of work is done which is associated with a certain body. He can go on to other work in higher spheres or incarnate again in a new body on the path to higher initiations.

A greater power over physical death is achieved at the seventh initiation represented in the words:

As Christ demonstrated this high initiate can allow his body to be destroyed and restore it through the power of resurrection.

It is not revealed for sure, but it is possible speculation is correct that DK did die and has been reborn. If so he has maintained continuity of consciousness and it is quite possible that he may give the third installment of his teachings in person around 2025. We’ll find out for sure in a couple decades. (Written in 2004)

Question: Why would a master discard his body and waste decades in losing time through rebirth and relearning many things to bring him back to the point of knowledge and understands where he was before?

The answer to this lies in the secret behind death itself as well as the secret behind the mastery of death. I use the word “mastery” here instead of the more common “overcoming death” to be technically correct. That is, no life including God Itself ever overcomes death in the worlds of form. Of course, there is no death in the higher formless worlds. All lives use the cycle of life and death in the process of eternal creation and eternal progression. There will never be a time that forms inhabited by the life of God do not come and go as the great Purpose ascends on the upward arc.

The reason for death is this. Eventually the life in the form ceases making progress and is limited in the current form and circumstance. The principle of Dominating Good dictates that a new form and new circumstance must be cyclically acquired.

To master death the initiate must understand this principle and periodically be born again and become as a little child to reenter the kingdom of God. Each person cyclically reaches a point where the line of least resistance takes him to a dead end in progression. Average people, when they reach this point settle into a comfort zone and cease making substantial progress. At this point they esoterically die followed by a corresponding physical death.

Some internally realize that a new birth is necessary and find a new purpose that rejuvenates their progression. Because their progression continues death is not necessary and their life is extended. Those who are not fifth degree initiates may undergo rebirth many times but do not master death because they do not understand what must be done to extend the principle of rebirth. Instead they are reborn, or refocus two or three times with their Saturn cycles in a life because they sense the plan, but then they die because they do not become the plan.

Now a master may use the principle of rebirth and extend his life as long as his body and circumstance provide the most efficient vehicle to move forward the great plan. When this is no longer the case his approaching rebirth must extend to more than a state of consciousness, but he must literally be reborn into either the physical or some higher level.

Thus, even a master eventually approaches a time when he must let go, become as a little child and begin a new with a clean slate.

The masters who are dedicated to earth service who have reached the end of their cycle of use will incarnate just as you and I have.

DK tells us that the master will have power to maintain a “continuity of consciousness” from life to life. Notice that he says “consciousness” and not memory.

When such an entity is reborn he will usually not have memory of who he was for some time, but he will have continuity of consciousness in that he will have full access to all intelligence and principles which he has mastered in the past; then memories will often follow.

Let us suppose that DK is reborn and is 30 years old. Would he be able to recall the great words of the Old Commentary, all the details of the Rays and the spirits before the throne? Probably not. Perhaps he has not even come across the Bailey teachings and instead is working on mastering an entirely different approach. Maybe he is a research scientist working for a large corporation and this takes all his attention.

But when the time comes that he does discover the writings he will quickly understand them because he will easily retrieve the principles behind them.

A DK reborn would write quite differently than the DK of the past. The DK of the past has the advantage of several hundred years of study incorporated in his memory banks. The new DK would not have all this knowledge, but would have even more wisdom because his total rebirth would be a great stimulus to his progression in wisdom.

There is another reason that the great ones have to incarnate among us from time to time. This has to do with the karma connected with the human race as opposed to karma in connection with the fifth kingdom.

Karma in connection with both kingdoms is too heavy to allow the masters to directly appear to us and teach us as they really are. Because of this, the Master must take upon himself the vibration of human karma through rebirth and work through the handicaps thereof before his teachings can permeate our consciousness. The other alternative is work through overshadowing a disciple who must do this same thing.

Because the master or disciple must work through the handicap of not only his own karma, but that of humanity, as a whole, many suffer detours and delays in their plans and missions. As I said before there are many disciples who have suffered such detour and have been of little use to the plan. One reason that this is such a problem at this time is because of the great change we are undergoing by not only entering a lesser Aquarian age, but a greater one also, a rare event. This requires a great adaptation by the teachers and many have not yet made the adjustments and are thus off the path for a time.

A question arises concerning this quote:

“In the next century and early in the century an initiate will appear and will carry on their teaching. It will be under the same “impression” for my task is not yet completed and this series of bridging Treatises between the material knowledge of man and the science of the initiates has still another phase to run.” Rays and Initiations, Page 255

I am sure DK used the word “impression” for the good reason that a future vision often plays out in several probable ways.

It is true that if he was talking of himself this future initiate would definitely carry on the same impression that DK presents. But impression has several levels of meaning. Think back on the two or three greatest writings that inspired you and then ask yourself this question: Did not they all produce a similar impression upon your soul?

In other words, the teachings of this disciple will produce a similar soul impression as do the writings of DK as well as provide a greater understanding of his writings.

In other words, the prophecy could be fulfilled by an interim disciple which will aid in the final presentation by DK or it could be the actual presence of DK.

It’s quite possible that DK himself did not know exactly how things would play out so he carefully worded the prophecy to make it flexible.

“Everything in the world may be endured except continued prosperity.” Johann Wolfgang von Goethe