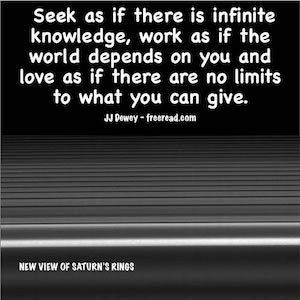 Initiation and the Point of Tension

Here are the qualities that a disciple should possess that we have presented so far:

(7) The power, motivation and will to initiate and work in isolation and high resistance if necessary

(8) The ability to create a point of tension and use the tension creatively to bear fruit.

We have covered in some detail what an initiate is but the point of tension may be new to some of you in relation to spiritual work. Some of you may have heard it used in physics. Whatever the case, contemplate these two new abilities and some ideas should come. Why do the Masters look for these qualities in the working disciple?

There are many other levels. Other disciples work directly under the guidance of their souls or in conjunction with entities from the spiritual world who are not yet Masters.

Still others think they are the new Messiah but have not yet even mastered their physical appetites and maya essential to the first initiation.

The point of tension is a point of stress that precedes all creation and leaps forward in evolution.

If you take a model airplane and wind up its propeller, the rubber band will incur more and more stress or tension until it becomes taut. The hobbyist must use judgment and reach the right point of tension. If he winds too much the band will snap and disaster will occur. On the other hand, if he winds the right amount he can constructively harness the energy of the tension to fly the plane.

This corresponds to creation. As you put ATTENTION on the work to be done and send energy to it, it may seem that nothing is happening for a period of time. But when the point of tension is reached an almost miraculous materialization will occur.

Some have wondered why I put so much attention on this list at the sacrifice of delaying the Immortal books, but a large part of the reason is to create a point of tension with the group so higher creation can take place. The group has only had a couple winds of the propeller and there are many more to go, but if we do not release our attention and energy a miraculous creation awaits on the horizon.

An essential ingredient to the point of tension would be “the ability to keep your attention focused on a goal.”

The disciple can have all the good intentions in the world, but until he develops a power to achieve, all his goodness is of little direct use to the Brotherhood of Light.

Nevertheless, keep in mind that basic good characteristics are never wasted, for we all go through a long period of being more of a liability to the Brotherhood than an asset and during this period many good acts of service can be performed in cooperation with other brothers and sisters on the physical plane, and sometimes discarnate entities.

The Brotherhood of Light are still subject to time and space as far as their work on the physical plane is concerned, and because of this, must be careful with whom they work for one premature choice can cost them work with other disciples who are prepared.

On the other hand, we are entering a period where the number who enter the ranks of Masters will greatly increase and thus the number of working disciples will also increase.

The trouble is that many seekers sit around and wait for some call to come which is worthy of their greatness. This is why the power to initiate is so important. No major call will come until the disciple first calls himself to step forward and do good works of service with or without recognition.

If there seems to be no great work to do, the disciple will create one and press forward with great attention even if he is ignored by the Brotherhood, friends, God and NATO. The one higher power that will never ignore the aspiring disciple is his own soul which is a Master on it’s own plane. When soul contact is established the disciple is able to move forward with the idea that contact with the Brotherhood of Light would be fine, but if it does not come that would be fine too.

The most important ability for the true disciple is the freedom to decide and carry out those decisions on the path of unselfish service. This freedom to serve according to one’s free will brings the disciple more reward than all the material things in the world and any recognition from the inhabitants of the Kingdom of God is seen as a bonus.

There are points of tension on the material level and the spiritual. Those who create such points in the material usually have material success, but the disciple shifts his attention to the spiritual so the tension can manifest revelation and spiritual knowledge which descends from the “raincloud of knowable things.”

There are points of tension in space. The sacred sites of the earth are created by such tension producing an elevated energy.

There are also major points of tension in overlapping tensions of time and space and these produce powerful opportunities that draw attention from even the Masters.

There are also points of tension created through the focused contemplation of higher lives such as Christ and the Brotherhood of Light, and the Ancient of Days and His associates. Those mortals who are attuned to these points of tension are likely to receive some type of contact, provided they have adequately prepared themselves. Attunement to a point of tension from the aura of a Master shows a certain degree of readiness to serve.

The ability to both send and receive deserves some more comment. The basic point several made was that when you are teaching you are also doing some learning in that same period, and when you are learning you are also doing some teaching. This is true to a degree, but it is also true that we are always polarized in either the sending or receiving mode.

He who fails to reach discipleship will be too attached to his polarization. If he is too attached to the sending polarization then when learning, or receiving, opportunities come the seeker will be unable to adapt and may miss the receiving of knowledge important to success.

If he is too attached to receiving he will be captivated by unearned authority (the Beast) and miss sending opportunities because he is waiting for approval before he moves forward. The disciple does not need a “call,” approval or authority, but uses his ability to send when opportunity presents itself.

Very few disciples can switch back and forth between sending and receiving polarization with comfort. Remember, this is different than learning a few things while teaching. Switching actual polarization at will is very awkward at first, but eventually becomes joyful.

Here are two additional qualities needed by a disciple that goes beyond general love and goodness that most recognize as desirable qualities.

(9) A willingness to not only serve but to sacrifice when necessary, to the giving of time, talents, personal desires, possessions and even the physical life if the need is there.

We did point out earlier that sacrifice was the keynote of the Age of Pisces and service is that of Aquarius. Even so, the benefits of sacrifice are not left behind but will be used with wisdom. In the coming age service will be the top priority and sacrifice secondary. Nevertheless, there will always be times when service will reach a dead end without sacrifice and when this happens the right use of this quality comes into play. Sacrifice is indeed a quality that the disciple must be willing to produce if called upon.

Disciples need to avoid like the plague the sacrifice mode that creates the atmosphere of a victim. The disciple never sees himself as a victim no matter what the outward circumstances.

Question: Why do you suppose this is an important quality for the working disciple? How could it spell disaster if he or she does not possess it?

I watched The Pirates of Silicon Valley last night on TNT. If you missed it the show will be repeated on Monday and Wednesday night.

The movie is the story of Bill Gates and Steve Jobs. It is interesting in the light of the fact that we have mentioned both of these crusaders as initiates.

Remember that I wrote that Jobs was the higher initiate of the two even though Gates was much more financially successful? It is interesting that the story points out that Jobs was a seeker and interested in Eastern Philosophy.

Notice the different priorities of the two. Jobs main interest was in changing the world and making a better product.

Bill’s motive was success at any price.

The interesting thing is that from the soul level these two were one, working on one goal to bring the world into the computer age. Gates was just fortunate enough to reap the majority of the financial reward. Jobs had difficulty, as dreamers always do, of keeping his focus on the bottom line..

It is also interesting to note the faults of these two men and the growth they went through. This illustrates to us that initiates are often far from being goodie goodie two shoes but are often driven to get the job done at the expense of stepping on toes. As Jobs and Gates progress along the path, however, they will knock off the rough edges and develop more sensitivity to general humanity.

It is also interesting that even though Gates seems to have the advantage on a soul level, this success will be a handicap for him in his next life that he will have to surmount. Jobs will have a head start in his future life because of lessons he has learned from being number two in this one.