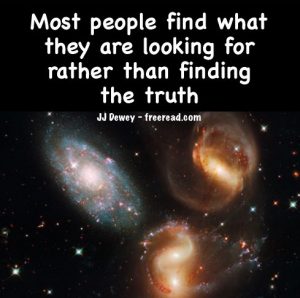 ETs and the Philadelphia Experiment

Comment: What I want to know is if some of the aliens described by people like: eks (Whitley Strieber) are what they try to say they are. And that that they are good and try to help us with expansion of the mind to the higher consciousness. And if they are apart of the brotherhood of light?? And by quoting Whitley Strieber: He once asked them in a close encounter experience “Who or what are you and what is the earth?” And the alien he spoke to answered: “We are recyclers of souls and the earth is a school. And the being was one of the so called “greys”

JJ: It is interesting how silent the brotherhood has been on extraterrestrials.

I think the reason is this.

There are several schools of thought among the various seekers of the planet and many of them have a fairly strong fixed belief about what they consider to be the truth of the matter. If the Brotherhood were to clearly reveal the truth of the matter then many would discount other teachings which could assist them as they move upon the path.

I’ll therefore give you my belief as an opinion that you should feel free to accept or reject.

There is very little interstellar flight where physical vehicles and bodies are involved. The technology for such a feat is a spiritual technology that is in the hands of the Brotherhood of Light. They have the power to fold and unfold physical matter. Visits by these spiritual travelers are infrequent by our standards with intervals spanning thousands of years. They come when it is important to assist with our evolution.

There is a larger number of visits by entities in lower etheric vehicles. This class consists of a large variety of entities with a number of different objectives – some helpful and some not so helpful. These entities and their vehicles do not exist in the dense physical, but some have the power to lower their vibration for short periods so they are close to being physical and have convinced many that they are physical.

Observers have reported UFO’s making sharp right angle turns, instant stops and disappearing into the ocean as if the water was no barrier. This gives a strong indication that these vehicles are not constructed of physical matter as we know it.

There is much misinformation about extraterrestrials for many of the stories told about them are from implanted memories of events with no concrete reality. Many have memories of being taken aboard a spacecraft when they really either have a memory implant or have desired such a thing so much that they have created a thoughtform which deceived them, a little like many supposed visions of God that wind up to have proven false information and predictions.

Most of the interplanetary and interstellar travel occurs in the higher bodies of advanced entities without the use of any craft. Shamballa receives these visitors periodically and all those who laid the foundations of Shamballa came from other planets, namely Venus, but not the physical planetary body.

Question: It is my understanding that the Philadelphia Experiment caused a rift in time and space allowing for an abnormal amount of visitations. Do you feel JJ that all of this was part of the Divine Plan for Earth’s unfoldment and for the big jump into a higher dimension for Earth and its occupants?

JJ: One of the principles of discovery of new truth and insights is to first become familiar with the information that is readily available. The Greater Lives do not give out revelation to the lazy, but to those who discover all they can on their own. (I am not saying that anyone here is lazy – just stating a principle)

Perhaps you will recall the parable of the Talents:

14 “For it will be like a man going on a journey to a far country, who called his servants and entrusted to them his property. 15 To one he gave five talents, to another two, to another one, to each according to his ability. Then he went away.

24 He also who had received the one talent came forward, saying, ‘Master, I knew you to be a hard man, reaping where you did not sow, and gathering where you scattered no seed, 25 so I was afraid, and I went and hid your talent in the ground. Here, you have what is yours.’ 26 But his master answered him, ‘You wicked and slothful servant! You knew that I reap where I have not sown and gather where I scattered no seed? 27 Then you ought to have invested my money with the bankers, and at my coming I should have received what was my own with interest. 28 So take the talent from him and give it to him who has the ten talents. 29 For to everyone who has will more be given, and he will have an abundance. But from the one who has not, even what he has will be taken away. 30 And cast the worthless servant into the outer darkness. In that place there will be weeping and gnashing of teeth.’ Matt 25:14-30

The above scripture has many interpretations which may apply, but I will give one here that is off the beaten path.

The man from “a far country” represents the soul. The talent represents the inherit light and knowledge of the seeker. The experienced entity may have five portions, another may have two and the beginning seeker may have only one.

The two more advanced seekers understand the principles of discovery and expansion and desire to expand their knowledge in any way possible by looking into all possibilities within and without. On the other hand, the beginner thinks that all comes from within and thus keeps his knowledge buried within himself, not allowing for expansion to be stimulated from the interplay of that which is without with that which is within.

The beginner often makes the mistake of burying his talent, expecting to reap where he has not sown. He does this because he sees his soul as having acquired all the knowledge of the universe with no effort: “I knew you to be a hard man, reaping where you did not sow, and gathering where you scattered no seed.”

On the other hand, his Solar Angel has struggled through countless cycles of time to get where it is and says to the beginner: “Take therefore the talent from him, and give it unto him which hath ten talents.”

In other words, the power of the soul will gravitate to him who has much, but does not bury his talent. The soul knows that he will have to come back later to the beginner who has buried his head in the sand. Alas, the soul must wait until the novice learns his lesson and looks outward as well as inward.

This same principle applies to any piece of knowledge we wish to understand.

I’ve read a few things about the Philadelphia Experiment and found them quite fascinating, but have not researched it enough to get the final piece of the puzzle from my soul.

Since I am short on time right now I thought I would make this a class project.

Go to your favorite search engine and type in the words “Philadelphia Experiment” and then attempt to find two web pages that support a supernatural event and two that are skeptical and give us a post on what you have concluded by reading both sides.

Don’t just take the first four or five sites that come up but look over a number of them before you explore.

(1) Did a supernatural event occur?

(2) Are there real witnesses? Are they telling the truth?

(3) Was time (or dimensional) travel involved?

(4) Any other interesting insights.

Since I have only heard the believing side in the past I thought I would check a couple skeptical ones. Here are a couple good ones:

“A change of feeling is a change of destiny.” Neville