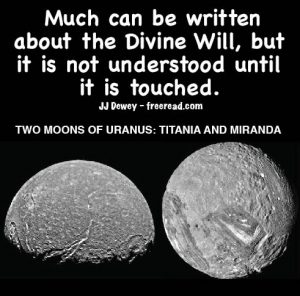 End of the Dark Night

I read the group’s posts and see that we have received some interesting accounts of “dark nights.”

Most of you seem pretty optimistic despite your dark periods, and this is good, as several of you believe you have left behind the loneliness forever. I was hoping for such optimism, because I know that there are a number of people in the group who need words of encouragement.

I know from experience that the problems of life can sometimes be overwhelming, but I also know that when we stay focused on the good and keep moving forward, following the highest we know, we eventually see that there is ALWAYS a light at the end of the tunnel.

When a light is turned on in the darkness, the darkness is no more. Darkness cannot extinguish light, but light can cause darkness to immediately disappear. I sincerely hope your words of faith and light turn on a light in others who are struggling, so they will be able to make it through the dark periods. The joy after a period of darkness and struggle is greater than the peace of one who only basks in the light.

During my dark night I was encouraged by this scripture: “And we know that all things work together for good to them that love God…” Rom 8:28

It is true as some pointed out that darkness and light come in cycles. This is so until the light of the Spirit manifested through the soul is reached. When the light then becomes fullness, a person does not have to return to the dark unless he chooses to do so.

Why would one make such a choice? For only one reason, to reach and teach their brothers and sisters.

As I said earlier, there is a dark night that is particularly severe before a person ﬁnds his group. Now I’m not talking about a physical group such as this one, but a group of blended minds on the soul level that is contacted by the seeker. Such contact lifts all darkness, depression and loneliness that he is passing through.

Now a physical group (or should we say semi physical) group such as the Keysters can be a big help for anyone having spiritual difﬁculty. Hopefully, loving groups such as this will be able to lessen the effects of struggling disciples in the future. We are indeed fortunate to live in a time where the Internet is available. In times past, even a Master had difﬁculty in gathering together a group of this quality. I know there is no way I could do it by running ads in my local paper here. I am thankful to be living in such interesting times.

As you go through your ﬁnal dark night before contact, you will be observed by inner teachers who await your arrival. These inner teachers, along with other disciples of similar evolution to yourself, form an invisible group mind that you become one with, when you reach the light at the end of the tunnel. When this is reached and you advance to greater oneness, then this realization of oneness turns on a light that immediately dispels the dark night.

Before this happens, the disciple will go through many periods of light and darkness over a period of numerous lives, but the ﬁnal one will be different from the rest. The isolation and loneliness will be very profound.

Now my friends, it is time to move on to the next level of learning. After much contemplation I have decided to present to you two great principles that I planned to ﬁrst present in the Immortal Books. My original plan was to present these two principles ﬁrst in the Immortal series and then amplify them further in two separate books of pure teachings. Because of limited time and the fact that I am behind on writing the Immortal books, I will reverse the procedure and present these two principles ﬁrst on the teaching level.

We will brieﬂy cover the ﬁrst principle and then cover the second in detail. After that we will return to the ﬁrst and cover it in much greater detail.

The interesting thing about this ﬁrst principle is that this teaching is covered in great detail in the Bible, and is perhaps the prime teaching of that collection of books, but you will never hear a sermon on it in any church that I know of. This principle is a mystery that all readers of the Bible see but do not see.

The scripture hinting at the ﬁrst great principle is:

“Immediately after the tribulation of those days shall the sun be darkened, and the moon shall not give her light, and the stars shall fall from heaven, and the powers of the heavens shall be shaken: And then shall appear the sign of the Son of man in heaven: and then shall all the tribes of the earth mourn, and they shall see the Son of man coming in the clouds of heaven with power and great glory.

“And he shall send his angels with a great sound of a trumpet, and they shall gather together his elect from the four winds, from one end of heaven to the other.” Matt 24:29-31

We have already covered the ﬁrst part of this scripture in detail. If you do not remember, or have not read it, read my previous posts.

In those postings we gave you the interpretation that the Sign of the Son of Man was the Atomic Bomb exploded in 1945. This means that the fulﬁllment of verse 31 will happen sometime between 1945 and the Second Coming of Christ. Let me repeat this important verse:

“And he shall send his angels with a great sound of a trumpet, and they shall gather together his elect from the four winds, from one end of heaven to the other.” Matt 24:31

Questions: Who are the angels? A concordance would come in handy here.

What is the sound of a trumpet?

Who will be gathered and where? What could the purpose of this gathering be? Does this concept resonate with you?

The Gathering of Lights

The standard interpretation of Matthew 24:31 is interesting. Many Christians believe something like this:

Near the Second Coming, the whole earth will hear a great sound of a trumpet, and then millions of angels will descend and rapture up all believers who have mouthed a nebulous afﬁrmation of Jesus. Then ﬁre will descend and burn all the wicked as stubble. After this, the believers will ﬂoat back down to a Garden of Eden type of new earth and live with God forever while they sharpen their harp playing skills.

I’m glad we received better interpretations of this from members of this group.

You felt that the angels could have been something other than spiritual beings and you were right. Angel comes from the Greek AGGELOS which means “messenger”. Therefore an otherworldly person who is a “messenger” is an angel, but so is a regular mortal.

For instance, in the King James version here, we read that regular mortals are called angels:

The angel of the church of Ephesus was a regular mortal like you or I, and John was told to send him a physical message.

The angels prophesied here, are regular human beings; like you or I, who choose to come into incarnation previous to the return of Christ. We are the messengers or “angels” who are to deliver a message of hope to the world.

“Trumpet” is from the Greek SALPIGX whose root meaning imply “to shake or disturb”.

“Gather together”, as explained earlier, means “To gather into one place”.

“Elect” is from the Greek EKLEKTOS which is usually translated as “elect” or “chosen”, but its root meaning is “to make a choice”. The elect are those who have power to make their own choices, without the consultation of an authoritative ﬁgure. They are independent of all but the God within, and have “chosen” the path that leads to the Christ consciousness. They are as the wise virgins with the oil in their lamps, and can stand alone against all odds and do not have to borrow light from others, but always recognize other lights presented.

The word “send” comes from APOSTELLO which is derived from the same root as “apostle” which means “one who is sent”. APOSTELLO is usually associated with an enlightened message.

“Sound” comes from the Greek PHONE from which the modern word telePHONE is derived and means “to bring light or communicate”.

Let us put all this together and create a more accurate translation:

“And he shall send out his messengers with enlightenment that will shake to the core, and they shall gather together into one place those who have chosen him, from the four winds, from one extreme of heaven to the other.”

The gathering concept is the basic principle behind all evolution, physical and spiritual. Why do you suppose this is so?

Thank you for your postings of personal experiences and inspirations. Richard has illustrated to us, for example that we can still have joy and renewal in the face of great limitations. When you think of it, in comparison to higher lives, we humans are extremely limited. Nevertheless, we chose this condition for a great purpose.

There is a law, or principle, governing the growth of evolving entities, called the law of contraction and expansion. The idea goes something like this: To stimulate growth, the soul contracts or limits the individual until the entity rebels at such limitation and puts his ATTENTION on expansion and the removal of limitation. After the cycle of contraction and expansion has run its course, the life expands and the entity has more power and freedom than was previously the case. In addition to an increase in freedom, the period of expansion brings a sense of joy that was impossible to experience without the aid of the limitation that stimulated the expansion. I’m sure Richard in particular will see the truth of this principle.

A reader pointed out that new creation is a big aid in getting through dark periods. Very true. Even the God of the Bible says “Behold, I do all things new.” You would think the churches of the world have never read this scripture. For many of them their motto is: “Behold, let us do the old thing again.”

If we force ourselves into new and different experiences and learn new things, then we achieve a new outlook, and the thing that we found depressing will often die a blissful death through attrition.

This discussion group is a new experience for all of us, and I am sure it has uplifted the spirits of many.