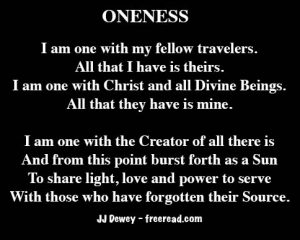 My comments on the union of the disciple with Christ was called into question.

This is the main scripture to examine:

This is one of the greatest promises in the scriptures. If we hear the voice of Christ and open the door then he will come into us and sup (or commune) with us.

Now what are the words of Christ unto us?

“Beloved, now are we the sons of God, and it doth not yet appear what we shall be: but we know that, when he shall appear, we shall be like him; for we shall see him as he is.” I John 3:2

Finally Jesus plainly gave the ultimate goal of all disciples: “that they may be one, as we are.” John 17:11

If we are to become one with each other as the Father and Son are one then why would one have cause to not believe that such a union can await us?

In I Cor 12 we are clearly told that the body of Christ is more than the man Jesus, but has “many members” composed of ordinary mortals such as you and me. Now with our own bodies we have one spirit which lives through all of its parts so in a healthy body the hand is one with the foot which is one with the head which is one with the heart and so on. Is it not scriptural then that when two or more are one in Christ that the spirit of God will unite them in oneness?

I do not see a problem with this wonderful teaching either from a scriptural point of view, Ancient Wisdom or a common sense one.

As far as overshadowing or divine possession go there is a good possession and a bad or evil possession. If a bad guy breaks in your house and holds you hostage at gun point then he is possessing your house contrary to your free will. This is obviously a bad possession.

On the other hand, if you have friends visit and stay with you a while you may even give them the keys to your home and tell them the house is theirs as for the period of their stay. You do this because their visit is mutually beneficial. Because you both benefit from this “possession” of your house that you have yielded to your friends this would be a good possession.

There are two types of possessions mentioned in the scriptures.

The first is of course the demonic possession. There are several examples of Jesus casting out these entities which were creating great trouble for the recipients against their will.

The other type is a spiritual possession. The greatest example of this is given at the baptism of Jesus. John the Baptist states:

“And John bare record, saying, I saw the Spirit descending from heaven like a dove, and it abode upon him. and I knew him not: but he that sent me to baptize with water, the same said unto me, UPON WHOM THOU SHALT SEE THE SPIRIT DESCENDING AND REMAINING ON HIM, THE SAME IS HE WHICH BAPTIZETH WITH ‘THE HOLY GHOST. And I saw, and bare record that this is the Son of God.” John 1:30-34.

Jesus often explained that he was not alone in his body for he often talked about his Father’s presence being with him.

One of the greatest witnesses was in response to a legitimate accusation of the Pharisees against the testimony of the mission of Jesus: “The Pharisees therefore said unto him, Thou bearest record of thyself; thy record is not true.” John 8:13 In making this statement they were referring to their law which said: “At the mouth of two witnesses, or at the mouth of three witnesses, shall the matter be established.” Deut. 19:15 This was repeated by Paul: “In the mouth of two or three witnesses shall every word be established.” II Cor 13:1

Jesus gave an interesting response: “Though I bear record of myself, yet my record is true: for I know whence I came, and whither I go; but ye cannot tell whence I come, and whither I go. Ye judge after the flesh; I judge no man. And yet if I judge, my judgment is true: FOR I AM NOT ALONE, BUT I AND THE FATHER THAT SENT ME.. It is also written in your law, that the testimony of two men is true. I am one that beareth witness of myself, AND the Father that sent me beareth witness of me.” John 8:14-18

Here it is clearly demonstrated that there were two “men” who were “two” witnesses standing before them within one body.

Later they asked him again: “Who art thou?” and he told them: “I do nothing of myself; but as my Father hath taught me, I speak these things. And he that sent me IS WITH ME: THE FATHER HATH NOT LEFT ME ALONE… I speak that which I have seen with my Father…” John 8:25,28-29 & 38.

Believest thou not that I am in the Father, and the Father in me? The words that I speak unto you I speak not of myself: But THE FATHER THAT DWELLETH IN ME, HE DOTH THE WORKS.” John 14:10

If the Father who is described as a separate (second witness) and “greater” than Jesus dwells “in” Jesus, then is he not sharing possession of his body with him?

How can one deny this?

And how can one deny the promise that is clearly given that when we overcome, that Christ will come “in” to us.

A final principle to remember is this. Those entities on the dark path have no light of their own and watch and copy the Brothers of Light in what they do, but they always make a distorted copy which twists the intention of the original.

When I first learned of this teaching I was somewhat suspicious of it. It sounded indeed like it could be some subtle doctrine from hell to deceive the elect. But after being exposed to it I searched the scriptures and was amazed at the evidences I found there which testify of this doctrine. But even this was not enough for it is always possible to misunderstand them so I continued seeking until I received an extremely powerful spiritual witness that removed all doubt from my mind.

Even so, all who wish to know the truth of this or any other “strange” doctrine that I teach can ask God in the name of Christ whether or not it is true; but one must ask as a little child with no preconceived notions, for such preconceived notions create a barrier between the seeker and the Spirit so either no answer is given or he receives a predetermined answer from within his own being.