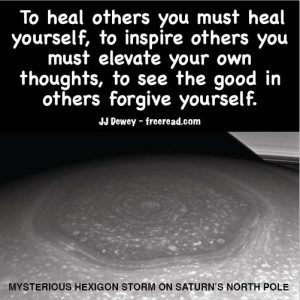 Christ, the Antichrist and Forgiveness

Question: How is it that Jesus was able to forgive sins and what is the effect on he one forgiven?

(1) The removal of guilt

(2) The neutralizing of the effect of the “sin” or harmful action.

Actually, when a person initiates a harmful cause (sin) an effect will follow and since cause and effect is an immutable law there is no way even the highest god can remove the effect from a cause. Instead all the higher lives work with the law of cause and effect so the desired end result is achieved.

If a person steals $100.00 from a friend, the friend will still suffer the effect of missing the $100.00 even if Jesus himself should decree that his sins are forgiven.

He can work with cause and effect and neutralize the negative cause by paying the friend back. If this is not practical or possible then he can also neutralize the cause by assisting others in need through his generosity. Because “all souls are one” from a higher point of view then paying an equivalent of $100 to others is like paying back the $100 to the friend.

On the other hand, if he treads the path of selfishness and does not neutralize the effect then the effect will return to him and a friend will come out of the woodwork and steal from him.

A person can owe a large debt to humanity because of sin, or mistakes, and yet be free from guilt. Guilt itself does not pay any of our debts, but slows us down so our progression toward the light comes to a standstill.

Sometimes guilt will still remain even after the person has made restitution for his negative action and the person offended has forgotten about the offense.

How, then is guilt removed?

Guilt is removed by the voice of God.

If the seeker believes that his priest speaks for God this outward substitute for God can be like a salve for the spiritual wound, but a permanent spiritual healing will rarely occur.

If, on the other hand, the servant who has soul contact and speaks to you, from his soul to yours, about the removal of sin then your guilt will be entirely lifted.

This is what Jesus was talking about when he spoke to the apostles about the remitting sins.

The third way to remove guilt is through the seekers own soul contact. When he is in contact with the God within he is continually aware that God does not condemn him and never feels guilt through an illusionary condemnation from God again.

He knows the truth and the truth has made him free.

Comment: You say that we need to contact the soul within to achieve forgiveness. What then about the Jesus who is without? I think you are speaking new age mumbo jumbo.

It is not helpful to lump me in with your perceived notion of New Age beliefs. New Age and metaphysical beliefs are almost as diverse as Christian ones. For instance, it would not be productive to assume you believe in the Baptist doctrine just because you are a Christian. Overall there are common threads that go through orthodox Christianity and the New Age community, but within each there are many diverse doctrines and opinions. There are also liberals and conservatives, good and evil, enlightened and unenlightened in each group.

I disagree with many new agers as well as orthodox Christians on many points but also have points of agreement. I do not see myself as an orthodox believer in either group, but a synthesizer who takes the best of both to unite then into a working whole.

It would be helpful when taking issue with me to argue with what I actually say and believe rather than just citing a new age doctrine.

For instance, you say:

“According to your paradigm (the New Age paradigm), the means are within us, and we need not draw upon any external power to achieve the end spoken of.”

Some new agers are inclined in this direction, but what you represent here is not what I have taught – and I have taught much on this subject.

I have taught many times that salvation is not 100% within or without, but we must use a balance of the two.

For instance, the Holy Spirit, is an intelligence who touches and teaches us from within, but The Christ is an actual entity in his own body existing in the world without when he so chooses.

To become like Christ we must learn from within and without. I do not think we disagree here unless you believe that all learning and salvation must come from without.

Since the reader is LDS he should think back to basic Mormonism 101. What is the Rock on which the Church is to be built? Joseph Smith said very clearly it was revelation. And where does revelation come from? Generally it comes from within. And what stimulates it? Generally some experience or stimulation from a teacher without. The balance of the within/without brings true revelation.

On the other hand, the scriptures tell us to not lean upon the “arm of flesh.” In other words, we are not to reply on the authorities without, unless checking with the revelation from within.

100% reliance on one’s image of Jesus, or black and white interpretation of the scriptures from without is as dangerous as only looking within while excluding the evidence without.

Hundreds of weird sects think they have Jesus for their foundation and rock, yet some beat their wives and children, some believe in handling poisonous snakes and some rob the poor while they themselves live in luxury.

Saying you accept Jesus as your rock does not righteousness or right make, but feeling the whisperings of the Holy Spirit is an experience of truth verified without doubt.

Jesus is a rock to reply on, but we can only rely on him correctly when we have the core rock of which the hidden true church is built and that is revelation.

The Christ is indeed a rock to look toward for the rock of revelation and this I have always encouraged.

Without Christ and “holy men that ye know not of” D&C 49:8 to aid in revelation, teaching and assisting mankind we would indeed continue in our “fallen” state.

Comment: “Hence, more than any other philosophy, the New Age philosophy is most effective in fulfilling on an individual level the prophecy in 2 Thes. 2, for it places fallen man (the individual man of sin) on the throne reserved for God (who has already overcome all things THROUGH Jesus Christ).”

Let us examine this scripture. In the King James it reads:

“That ye be not soon shaken in mind, or be troubled, neither by spirit, nor by word, nor by letter as from us, as that the day of Christ is at hand. Let no man deceive you by any means: for that day shall not come, except there come a falling away first, and that man of sin be revealed, the son of perdition; Who opposeth and exalteth himself above all that is called God, or that is worshipped; so that he as God sitteth in the temple of God, shewing himself that he is God.” II Thess 2:2-4

What does the scripture tell us this man of sin will do? He will oppose and exalt himself “above all that is called God, or that is worshipped.”

This assumed antichrist will exalt himself “above” two things:

And what is called God in the scriptures? Over and over men are called Gods there. Specifically, Moses, Abraham and the judges in Israel were called gods and Jesus himself said: “ye are gods.” When referring to those who received the scriptures. John 10:34

So how will this man (or men) of lawlessness exalt himself above all that is called God?

Secondly, he will exalt himself above that which is “worshipped.”

What shall we worship?

Jesus said: “Thou shalt worship the Lord thy God, and him only shalt thou serve.” Matt 4:10

The man of sin will thus exalt himself above the one God we are all supposed to worship.

How does he do this?

He does this by taking the place of God and causing us to listen to his authority above the authority of the Spirit of the true God which is in us all.

The scripture tells us that the faithful virgins were those who listened to the Holy Spirit which is within. D&C 45:57

This man of sin has manifested in many forms since the days of Paul. He has manifested as an unjust authority in many walks of life which cause the deceived to ignore the Holy Spirit within and listen to a voice taking the place of God from without. These people are various ministers, priests, doctors, lawyers, politicians, teachers etc. Many there are who seek to take the place of God over you.

The view that I teach and is also held by some new agers as well as some followers of the scriptures is that we are created in the image of God and as reflections we must seek to be one with God. When we are one with God we comprehend the oneness of mankind, and all life, and thus have no desire to exalt ourselves above others who are called god, or the one God we all worship by various names.

To find this man of sin then you must look for one who seeks to exalt himself above his fellow men and seeks to be the voice of God with higher authority than is the Holy Spirit within to his brethren.