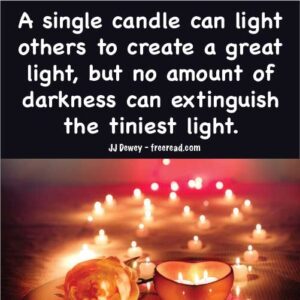 Question: Since Ophiuchus was removed from the Zodiac, does this mean that its influence is ignored?

JJ: The current system works well when dealing with the personality because of thousands of years of thought energy which has been poured into it. It is true that we pick up energy from the various signs of the zodiac, but these energies receive an adjustment when poured through the general thought form of humanity when they reach the earth. The energy of the constellation of Ophiuchus, which is strong from November 30 to December 17, is filtered through humanity’s thoughtform of Sagittarius.

Even though we could technically recreate a zodiac with 13 signs, such is not likely in the near future because of the significance of the number twelve – signifying completion.

By the way DK says that in ancient times astrologers used only 10 signs.

Question: What is the best system for the houses and why would one be better than others?

Question: How is it that thoughtforms are related to astrology?

JJ: The ancient principle is this. Energy follows thought. If everyone thought of themselves as Sagittarius personalities then they would draw that energy to themselves in proportion to the power of their thought.

Group thought is much more powerful than individual thought and the current zodiac has much of its power because of the number of individuals pouring thought into it.

Thought forms themselves are a science known to the Hierarchy. When the power of thought is factored in with other energies a high degree of accuracy can be available.

The power of though forms continues eternally. The earth and the universe itself are powerful concretized thoughtforms.

Question: If astrology uses the illusion of thoughtforms then it seems that it would need to be revised to use the right energies. Can you point us in the right direction?

JJ: The current system works pretty good for those centered in the personality. DK gave many hints about soul astrology in his book Esoteric Astrology. Exact details are not yet given out but will be some day.

Question: What is Manasses if not a tribe?

JJ: Manasses is the son of Joseph and a member of the tribe of Joseph. John made him a substitute for Dan giving Joseph the prophesied “double portion.”

Question: How are the tribes or the signs related to the Monad?

JJ: The monad is on one of the three primary rays for the duration of life on earth. There are five billion on ray one and 35 billion on ray two. Then there are 20 billion who are leftovers from the previous solar system who are on ray three.

It is the personality and the ego which are associated with the characteristics of the tribes and the signs of the zodiac.

Question: Can the ego deceive a person who receives true spiritual contact?

JJ: A person with a true spiritual witness is not deceived about the source, though his interpretation can become distorted later on when the experience is not clear in the memory. He will know he has touched something that is divine. One who is not familiar with the difference between a high astral feeling and pure soul contact can be easily deceived because he does not have the right tools to use as a comparison.

For instance, there are prophesies of a coming Messiah, a one Mighty and Strong, one like Elijah etc. Those who are centered in the astral/emotional feelings will often get a “witness from their ego” that they are the chosen one. They think their witness is true because they do not know what a true witness is. Then there are some who have achieved a degree of soul contact in the past and have backslidden and forgotten what it felt like. These too can be deceived by astral feelings and can pick up astral thought forms. But when one receives true contact in the present there is a sure sense of knowing.

Jesus was called the “firstborn of many brethren.” It is to be expected that many will achieve what he achieved. That was one of his main purposes. To show what man (and woman) can do.

Question: I’ve read that the Hierarchy over this planet are imperfect and energies transmitted are tainted. Would you comment on this?

JJ: From a higher point of view all beings whether, God, angels or men are imperfect. In other words, all lives have their next step to achieve and have not perfected that next step. This does not mean that they carry and pass on tainted energy.

You wouldn’t call; the Mona Lisa tainted just because Leonardo had to make a number of corrections on the path to a masterpiece.

The Ancient of Days does indeed influence the whole planet and effect every life, but his energy lifts us up rather than bringing us down as would be the case with tainted energy.

It was a calculated decision to stimulate the mental development of humans on earth beyond that of other systems. If the gamble succeeds in the end the move will be seen as a major success. If we blow ourselves up then a loss of time will be the result.

DK says that without this extra stimulation we would all be living like the aborigines. Some would think that is desirable, but most would not.

Question: You teach some things that I have not seen from any other teacher like the Molecular Order. Are you saying that God or the hierarchy could not reveal this same principle to somebody else somewhere in the world who was tuned in and listening?

JJ: All knowledge of all principles is available through the soul to anyone sensitive enough to tune into them. On the other hand, the hierarchy does not repeat itself in its own revelations to humankind unless it is necessary for some important reason. The Brotherhood will therefore concentrate on different missions for different teachers. In fact each individual has a part to play in life that only applies to him or her.

For instance, Jesus taught a new way of looking at the principle of love. In other words, he revealed the true meaning of spiritual love in the place of the old understanding of personality love.

There were not two or more people on the earth with this same message in the same time period. Even though there were other wise teachers they had a different purpose and message. Some of them even spoke of love, but did not demonstrate the new understanding as did Jesus. Jesus was the focus of creating this point of light. He then duplicated himself and other points of light with the same message were created.

Question: Will groups liked up to the Christ be in conflict with each other?

JJ: True spiritual groups and molecules will not fight each other or one or both of them would not be molecular. Soul contact that brings union through inner vision is what is necessary to maintain the spiritual flow to create or maintain union. Two groups seeing the same thing will therefore not fight. Only those who drop away from the soul will cease seeing as one.

The Dark Brotherhood does not come up with divine ideas or principles on their own. All they can do is that that which has been revealed and alter it for their own use. Therefore, it will only be a matter of time before any newly revealed principle is taken by them and altered for their own use on the physical plane. Any dark or astral molecule controlled by the Dark Brotherhood will be opposed to molecules of light and will fight against them either openly or subtly.

Comment: You seemed concerned about your writings being plagiarized. And you would think the Hierarchy would implement new plans  though as many groups as possible.

JJ: The word “concern” is yours not mine. Of the many teachings I have introduced some will be plagiarized, some will be altered and presented with a new slant, and others will quote and give credit to the source. This is a natural happening that I accept. It does little good to be concerned about it. The wise thing is to merely look to the future and anticipate problems to come that one has to deal with to fulfill his own little job.

As far as teachings of light go there are always many groups throughout the earth working on the same side, but adapting similar teachings to the need of the various groups.

However, when a specific task is to be accomplished the Hierarchy will unite behind one effort beginning at one time and place.

For example, there were not two individuals or groups through which the Masters worked to create a molecule of twelve units through Jesus. The whole effort was centered around one point of origin that connected heaven and earth and spread from there.

God did not work through two people like Moses, but picked an originating point for his work and moved outward from there.

Bill Gates appreciates anyone who understands his operating system and is willing to promote it, but it would shatter his kingdom if someone stole it and marketed it outside of his company.

Many new agers do not like the idea of hierarchy, but order created through hierarchy is absolutely necessary for the enduring success of any project.

DK says “All is hierarchy.” Why is this true? Because there can be no stable creation in the universe without the existence of a hierarchy, even within the tiny cells, atoms and molecules.