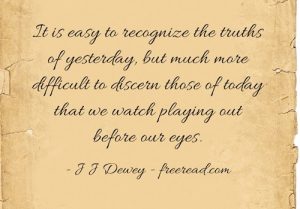 Agents of Will Part II

We have these remaining questions to cover.

Question Three: What is the main criteria to use in answering question one? (Is it better to have one live at the sacrifice of the other than have both the twins die?)

I believe most of us here are somewhat Libertarian in belief and thought. I have taught much about the value of the Principle of Freedom – that freedom should always be honored to the maximum degree possible. As I have taught about this I do not recall many stepping forward insisting that we should have less freedom, bigger government and more controls over our lives.

But this point we must remember. The key note of the Middle Way is the words of Solomon that “there is a time and place for all things.”

For instance in order to win the Civil War Abraham Lincoln virtually assumed all the powers of a dictator and suspended habeas corpus. We as a nation are extremely fortunate that he was one of the good guys and yielded those powers back to the people after the war.

As they say desperate times require desperate measures and honest Abe, gentle soul that he was, had to take some desperate measures. On hindsight he seemed to have done the right thing. Without the savvy of this man the conflict of the 1960’s may have been over slavery rather than civil rights.

Those who miss the Middle Way will take a black and white stand. The majority of people do this with their belief systems.

Examples of the black and white beliefs are illustrated by statements from both sides of the spectrum such as:

Abortion is murder and there are no exceptions.

Sex outside of marriage is always wrong.

All politicians are liars.

We should always trust our government.

I will always trust you.

I will never trust you.

We should not worry about recycling.

We should not cut down any trees.

I will never change.

I will always go with the flow

The Bible is the infallible Word of God.

The Bible’s for morons.

I always support the Republicans!

I always support the Democrats!

These deviations from the Middle Way can also be expressed concerning the use of government powers.

On the other hand, many black and white people will say things in the other direction such as:

There ought to be a law.

There ought to be more consumer protection here.

Somebody ought to make them do it.

These are not perfect examples but they indicate the general thought of the black and white person on the left.

Just as in all extremes from the Middle, both of these extremes miss the mark. There are times when government should make a bold move to force action, but there are others when it should leave us alone.

Unfortunately we are at a point in history when the governments of the world are swinging to the control extreme and seek to control and regulate to an ever increasing amount.

This extreme swing to the left makes one who stands at the Middle Way look like an anti government right winger and the real right wingers look like Nazis in the eyes of many.

For an example, take a look at Bill O’Reilly on the Fox news network. He is the closest to the middle of many newsperson I have seen yet. Al Gore sees him as such an extreme right wing that he will not appear on his show.

Almost everyday when he reads his mail he will get someone accusing him of being a flaming liberal but then this will be followed by another accusing him of being far right wing. He always smiles when he gets these letters and says something like “I wish you people would make up your mind.”

Now O’Reilly is not set perfectly on the Middle Way but he is close enough that he confuses both sides of the equation just as all who take this stand do.

So as far as the Middle Way is concerned there are times such as there Civil War where the government was correct in using some force, but there are many more cases where it is incorrect.

Overall I will repeat that the principle around freedom is this.

Government needs to be restricted to allow the maximum freedom of choice for the largest possible number of people. The use of force is justified when the force prevents the loss of freedom or life for an individual or group.

For instance, government should use whatever force is necessary to prevent armed robberies for such action threatens freedom. Force from government in this case can enhance the freedom of the whole.

Now let us examine these twins. What freedom of choice in involved?

We have the choice of the parents, yet even here the choice of a parent is not unlimited under democratic law. In Old Testament times if a parent thought his child was rebellious he could stone him to death with impunity, but today we would justifiably not allow this. If you were to take your teenage kid in the back yard and stone him to death the law would come after you with force and attempt to restrict you from doing such a thing again.

If parents believe in child sacrifice should we not take some measure in stopping them and saving the child?

Then too there is another freedom to examine and that is the freedom of the twins. What if the stronger child came into life wanting and expecting to live through this? What if the weaker twin came into life to pay off a debt by sacrificing her life so her sister could live?

One may object and ask: What if they both came to only stay a few months and then die together?

Answer: If this is the plan of the soul then even an operation will not save them. When the soul wants a life it will find a way to take it. In this case it would be an unsuccessful operation, and infection afterwards or something else.

Overall I admit that this is an awkward situation for we do always want to honor the decisions of the parents to the maximum possible, but it does appear that a life is at stake here and I would vote for the operation even if it runs contrary to the parents will. The parents do not have the right to pronounce a death sentence.

And I would venture this observation. Ten or fifteen years from now when the living child has enriched their lives many times over I would bet the parents would be happy that the operation was performed.

What is the main criteria to use in answering question one?

The main criteria would be the golden rule. Put yourself in the position of the twins and ask what you would want done in that situation.

Here is my take – perhaps yours is different.

If I had a chance to live a normal life I would want to live and make use of that life and would be very upset with my parents if they allowed me to die through illusionary religious beliefs.

If I was the weaker twin in a no win situation I would want to get out of that situation as soon as possible even if it means death of the body.

There are three main criteria in finding the correct path at the Middle Way. What do you suppose they are?