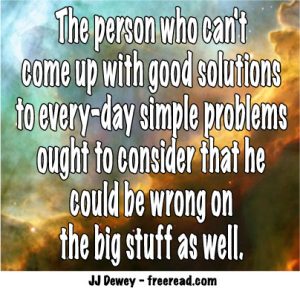 In part two we established the principle (as taught in the parable of the virgins) that looking out for self interest is justified, especially when assisting others will hurt the giver and provide little assistance to the receiver. If the giver loses the power to give through indiscriminate giving then neither giver nor receiver will benefit in the future.

Aesop’s fable of the Goose That Laid the Golden Eggs comes to mind here:

One day a countryman going to the nest of his Goose found there an egg all yellow and glittering. When he took it up it was as heavy as lead and he was going to throw it away, because he thought a trick had been played upon him. But he took it home on second thoughts, and soon found to his delight that it was an egg of pure gold. Every morning the same thing occurred, and he soon became rich by selling his eggs. As he grew rich he grew greedy; and thinking to get at once all the gold the Goose could give, he killed it and opened it only to find,—nothing.

Again wholeness comes into play. In any action we take we must look at the end result for the whole rather than the immediate effect only.

In solving the immigration problems perhaps we should start with important, often overlooked factors.

The will of the American people.

So how do both sides agree on this issue? To hear the extremes speak you would think that there is no agreement.

The majority of both sides seem to agree on the following:

Something needs to be done to deal with the immigration problem.

The borders need to be made more secure.

There should be some program to legally allow non citizens to work in the country yet there needs to be some control on how many are allowed in as well as prevention of bringing in dangerous people.

Neither side wants wholesale rounding up and deportation even though many are accused of this.

Both claim to be concerned that a nuclear device or some other WMD could be smuggled across the border.

There is general disagreement on the following:

One side feels that all illegals should be given amnesty. The other feels they should remain with an illegal status since they broke our laws.

One side feels illegals need to have an ID so they will not illegally vote and take advantage our system as if they were full citizens. The other is against this.

One side feels the current immigration laws need to be enforced and the other does not.

One side wants English to be our official language; the other does not.

One side wants illegals to receive social security benefits and the other does not.

There are more but this gives us a rough rundown of the current situation.

There is a core problem that has led to this awkward situation we are in and it is the cause of numerous other problems also. It is this.

When there is a problem Congress thinks the solution is to pass laws. They then pass the laws, but soon discover the laws do not work, Why? Because they are not enforced, except through selective prosecution. So what do they do? Do they actually try enforcing the law to see if their last legislation will work?

No. They do not. Instead, they pass new and often tougher laws. Now why do they expect the newer and tougher laws to be enforced when the easier laws were not?

Perhaps they are insane? Close, but not quite. Instead they are just lazy. It is much easier to pass a new law than to do something practical to solve a problem. Since it takes a couple years to make it obvious that the new legislation is futile the representatives can bask in their feel good law long enough for the public to forget about their stupidity.

An example of this was the McCain/Feingold Campaign Finance law. This was given a boost when Gore and Clinton were found receiving illegal contributions from the Chinese and the Buddhist temple. Instead of enforcing the current law Congress merely said there was too much corruption because of not enough law.

Thus the McCain/Feingold law was passed. This was so strict that it even limited free speech 60 days before the election.

Did it work? No. The law was ignored and more money than ever was spent on elections. All kinds of shady lawbreakers surfaced but because they operated in a gray area the election was over before the courts could decide what was legal or not. After this, the political organizations knew what they could get away so they could flout the law more than ever.

The solution to a problem that occurs when laws are not enforced is not to make more laws that are also not enforced. First start with the laws we have. If we are not willing to do this we might as well erase them from the books. In many cases this would be a good idea.

Why is there such a problem with illegal immigration on the southern border with Mexico but not on the Northern border with Canada where the border is open, close to the ideal set by DK? How does this answer lead us to the long-term solution?

We will explore this next.