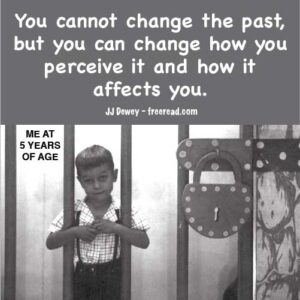 The Tribes and Astrology

Question: When Christ returns with his 12 apostles, won’t the number 13 return to it’s former status and meaning? The twelve apostles guided by the real Christ? The counterfeit guarantees the real, right?

JJ: The Christ is the molecular link between heaven and earth that brings down the spiritual energy.

If Christ were to come in a physical body of his own he could be the thirteenth member in the center if he so chose. He could also choose to set an example of humility by being one of the twelve and using the invisible Christ energy as the center point.

If an overshadowing precedes his coming or becomes the focus of his coming then the invisible Christ will be the thirteenth. Precautions will be taken to avoid using the thirteenth as a strong authoritarian figure that eventually could destroy the new age as it did the early Christian Church with the rise of the popes.

Comment: If we are going to take the astrology and the observable facts seriously we must count for the fact that there are 13 moon cycles and time is a living entity driven by purpose in space.

DK says that astrology as it is practiced today is a flawed science. Why he does leave out the 13th sign is a mystery to me except for the principle of time and cycles and ongoing progression and the revealing of a right thing at the right time.

JJ: The twelve signs of the zodiac and the thirteen cycles of the moon are two entirely different cycles and not related to each other. There is no 13th sign of the zodiac in present astrological measurements.

Question: You say that Dan was replaced by Manasses. Does it mean that Manasses is an alias for Dan? That the tribe of Dan simply got a different name? If so then there are twelve tribes in total instead of thirteen.

JJ: There has never been thirteen tribes. Manasses is not an alias for Dan, but a substitute

Comment: According to traditional sources I am a Sagittarius but according to this I am not.

“Now, will an Ophiuchus please stand up!

Astronomical Constellations of the Zodiac

These findings are based on astronomy, the heavens have moved since the original/traditional order was established.

So if the constellations have moved then there are different influences or “rays” of energy in effect now than were thousands of years ago, according of course to the different times of the year.

JJ: DK tells us that the current measurement of the constellations are not accurate, but this does not matter.

Because current astrology is based on personality energy and the correlating energy from the signs of the zodiac is created from the thoughtforms built by humanity over thousands of years.

He states that the masters use different astrological techniques than we do and read the chart of the soul, which is only done for disciples.

Question: Do we remain in the same tribe from incarnation to incarnation?

JJ: We change in a number of ways from incarnation to incarnation. Our birth sign changes and correspondingly the tribe that influences us changes. Some of our rays also change as well as our physical features.

What stays much the same is the look in a person’s eye.

None of the numbers to reach any point are black and white for all progress is predicated on our decisions and our efforts behind them.