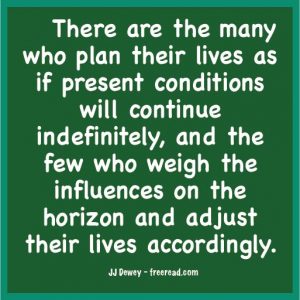 As we progress along to Ray Four it may be useful to increase our knowledge of the foundation Rays by quoting this useful summary by Djwhal Khul.

FIRST RAY OF WILL OR POWER

Strength, courage, steadfastness, truthfulness arising from absolute fearlessness, power of ruling, capacity to grasp great questions in a large-minded way, and of handling men and measures.

This has been spoken of as the ray of power, and is correctly so called, but if it were power alone, without wisdom and love, a destructive and disintegrating force would result. When however the three characteristics are united, it becomes a creative and governing ray. Those on this ray have strong will power, for either good or evil, for the former when the will is directed by wisdom and made selfless by love. The first ray man will always “come to the front” in his own line. He may be the burglar or the judge who condemns him, but in either case he will be at the head of his profession. He is the born leader in any and every public career, one to trust and lean on, one to defend the weak and put down oppression, fearless of consequences and utterly indifferent to comment. On the other hand, an unmodified first ray can produce a man of unrelenting cruelty and hardness of nature.

The first ray man often has strong feeling and affection, but he does not readily express it; he will love strong contrasts and masses of colour, but will rarely be an artist; he will delight in great orchestral effects and crashing choruses, and if modified by the fourth, sixth or seventh rays, may be a great composer, but not otherwise; and there is a type of this ray which is tone-deaf, and another which is colour-blind to the more delicate colours. Such a man will distinguish red and yellow, but will hopelessly confuse blue, green and violet.

The literary work of a first ray man will be strong and trenchant, but he will care little for style or finish in his writings. Perhaps examples of this type would be Luther, Carlyle, and Walt Whitman. It is said that in attempting the cure of disease the best method for the first ray man would be to draw health and strength from the great fount of universal life by his will power, and then pour it through the patient. This, of course, presupposes knowledge on his part of occult methods.

The characteristic method of approaching the great Quest on this ray would be by sheer force of will. Such a man would, as it were, take the kingdom of heaven “by violence.” We have seen that the born leader belongs to this ray, wholly or in part. It makes the able commander-in-chief, such as Napoleon or Kitchener. Napoleon was first and fourth rays, and Kitchener was first and seventh, the seventh ray giving him his remarkable power of organisation.

THE SECOND RAY OF LOVE-WISDOM

Over-absorption in study, coldness, indifference to others, contempt of mental limitations in others.

This is called the ray of wisdom from its characteristic desire for pure knowledge and for absolute truth-cold and selfish, if without love, and inactive without power. When both power and love are present, then you have the ray of the Buddhas and of all great teachers of humanity,-those who, having attained wisdom for the sake of others, spend themselves in giving it forth. The student on this ray is ever unsatisfied with his highest attainments; no matter how great his knowledge, his mind is still fixed on the unknown, the beyond, and on the heights as yet unscaled.

The second ray man will have tact and foresight; he will make an excellent ambassador, and a first-rate teacher or head of a college; as a man of affairs, he will have clear intelligence and wisdom in dealing with matters which come before him, and he will have the capacity of impressing true views of things on others and of making them see things as he does. He will make a good business man, if modified by the fourth, fifth and seventh rays. The soldier on this ray would plan wisely and foresee possibilities; he would have an intuition as to the best course to pursue, and he would never lead his men into danger through rashness. He might be deficient in rapidity of action and energy. The artist on this ray would always seek to teach through his art, and his pictures would have a meaning. His literary work would always be instructive.

The method of healing, for the second ray man, would be to learn thoroughly the temperament of the patient as well as to be thoroughly conversant with the nature of the disease, so as to use his will power on the case to the best advantage.

The characteristic method of approaching the Path would be by close and earnest study of the teachings till they become so much a part of the man’s consciousness as no longer to be merely intellectual knowledge, but a spiritual rule of living, thus bringing in intuition and true wisdom.

A bad type of the second ray would be bent on acquiring knowledge for himself alone, absolutely indifferent to the human needs of others. The foresight of such a man would degenerate into suspicion, his calmness into coldness and hardness of nature.

THE THIRD RAY OF HIGHER MIND

Wide views on all abstract questions, sincerity of purpose, clear intellect, capacity for concentration on philosophic studies, patience, caution, absence of the tendency to worry himself or others over trifles.

This is the ray of the abstract thinker, of the philosopher and the metaphysician, of the man who delights in the higher mathematics but who, unless modified by some practical ray, would hardly be troubled to keep his accounts accurately. His imaginative faculty will be highly developed, i.e., he can by the power of his imagination grasp the essence of a truth; his idealism will often be strong; he is a dreamer and a theorist, and from his wide views and great caution he sees every side of a question equally clearly. This sometimes paralyses his action. He will make a good business man; as a soldier he will work out a problem in tactics at his desk, but is seldom great in the field. As an artist his technique is not fine, but his subjects will be full of thought and interest. He will love music, but unless influenced by the fourth ray he will not produce it. In all walks of life he is full of ideas, but is too impractical to carry them out.

One type of this ray is unconventional to a degree, slovenly, unpunctual and idle, and regardless of appearances. If influenced by the fifth ray as the secondary ray this character is, entirely changed. The third and the fifth rays make the perfectly balanced historian who grasps his subject in a large way and verifies every detail with patient accuracy. Again the third and the fifth rays together make the truly great mathematician who soars into heights of abstract thought and calculation, and who can also bring his results down to practical scientific use. The literary style of the third ray man is too often vague and involved, but if influenced by the first, fourth, fifth or seventh rays, this is changed, and under the fifth he will be a master of the pen.

The curing of disease by the third ray man would be by the use of drugs made of herbs or minerals belonging to the same ray as the patient whom he desires to relieve.

The method of approaching the great Quest, for this ray type, is by deep thinking on philosophic or metaphysical lines till he is led to the realisation of the great Beyond and of the paramount importance of treading the Path that leads thither. Taken from, Esoteric Psychology, Vol 1, Pages 201-205

Ray one     Power or Will Head centre.

Of the colours, red, blue and yellow are primary and irreducible. They are the colours of the major rays.