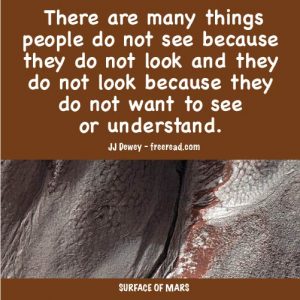 I am amazed that I was criticized for encouraging all to help and assist others who may be suffering from a dark attack. Perhaps I was misunderstood. Let me give you a couple examples from real life situations.

First, I related an incident in an earlier post of how one morning I woke with a taste of aspirin in my mouth and had the impression that a certain person was suffering because of a negative cloud of energy. To make a long story short I was able to communicate the revelation with her and save her from committing suicide.

One of numerous incidents I have not told you before involves my first wife shortly after we were married. I began receiving strong impressions that she was being hit with a negative attack, but there was no way I could prove it to her or anyone else. Because of this feeling my awareness was on constant alert and I was paying attention to her vibrations.

One morning I said goodbye and started off to work as usual. As I was about to get in the car the negative energy greatly increased and I felt something was wrong even though there was no physical evidence of such.

She told me to go away.

I asked her if she was OK.

She said she was fine and told me to go to work.

I told her to open the door.

At that point the spirit within told me to act so I kicked in the door and there she was throwing pills in her mouth. I immediately tackled her and held her nose and made her spit the pills out.

These are extreme examples but I have had many lesser experiences and often I have been able to offer assistance because of an awareness of a dark attack that was trying to get to me through my friends or loved ones.

To suggest that in the mist of negativity that one should be timid about making a judgment and perhaps thereby allow much suffering or even death is an amazing thing to behold.

I have enjoyed your thoughts and posts on the resurrection. The treating of the body of Jesus 100 pounds of myrrh and that being contrary to Jewish tradition is an interesting note that had not occurred to me before, but it makes sense and is in harmony with what I have taught so far.

Even though Jesus was gravely injured through the crucifixion – something that would have killed all but a Master, by the power of will in connection with his molecular link he was able to keep the silver cord connected to his body so technically he did not die.

I believe that all the apostles thought he was dead, but it is quite possible that there were several initiates who were aware that the life was not completely gone and that they brought in the herbs to help preserve his body in anticipation of his return.

During the three days he was out of his body and did visit the worlds beyond as some believe.

Then he did return to his body and with the assistance of other Masters his body was healed.

This experience of renewal of the body does not have to take place after a crucifixion, but can occur through a raising of the in the midst of normal circumstances.

Now I am going to give you a quote from the writings of Djwhal Khul through Alice A. Bailey. Readers might want to pay particular attention to this for these are perhaps the most profound words that have ever been allowed to appear in print. Perhaps someday we may cover the meaning in detail, but in the meantime here is veiled the principle that overcomes even death.

“When communion is established, words are forthwith used, and mantric law assumes its rightful place, provided that the One communicates the words and the three remain in silence.

“When response is recognized as emanating from the three, the One, in silence, listens. The roles are changed. A three-fold word issues from out the triple form. A turning round is caused. The eyes no longer look upon the world of form; they turn within, focus the light, and see, revealed, an inner world of being. With this the Manas stills itself, for eyes and mind are one.

“The heart no longer beats in tune with low desire, nor wastes its love upon the things that group and hide the Real. It beats with rhythm new; it pours its love upon the Real, and Maya fades away. Kama and heart are close allied; love and desire form one wholeone seen at night, the other in the light of day….

“When fire and love and mind submit themselves, sounding the three-fold word, there comes response.

“The One enunciates a word which drowns the triple sound. God speaks. A quivering and a shaking in the form responds. The new stands forth, a man remade; the form rebuilt; the house prepared. The fires unite, and great the light that shines: the three merge with the One and through the blaze a four-fold fire is seen.” Treatise on White Magic Pages 75-76

Someone asked which body we will be resurrected in and what is meant about not losing even one hair of our head.

Answer: Each time you die you take with you a permanent atom composed of etheric matter which retains a full memory, or computer program, of your physical body in that life. Within your make up is a full memory and data of all that you have ever been over your long history of incarnations.

The Bible correctly tells us that there are two resurrections. The first is a resurrection of KRISIS, or correction (mistranslated as damnation) – which is reincarnation. The second is called the resurrection of life where there is a mastery over physical death.

The body you will have in the resurrection of Life will be that body you are in at the time that death is overcome. Even so, you still carry the programming of all bodies past and they can be recreated if necessary.

So what is meant about not losing a hair of our heads? This obviously does not mean we will keep every hair we have ever had. Each time we shampoo we lose many hairs. Then too every 14 years all the elements in our bodies are replaced with new elements. What is meant by this is that the programming and knowledge to recreate any part of our bodies with perfection will never be lost, but that a perfect restoration of hair and other parts of our bodies will eventually be subject to our wills.

1 thought on “Resurrection of Life”