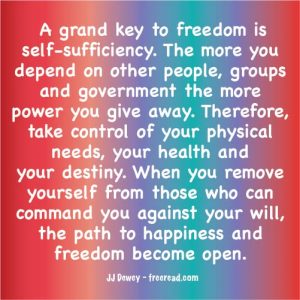 THE WORD OF WISDOM

QUESTION: The LDS are famous for their word of Wisdom and good members abstain from coffee, tea, alcohol and tobacco. Do you support this idea?

QUESTION: Do you view it as a commandment?

QUESTION: And apparently it is such a strict commandment that you can’t get a temple recommend if you do not obey it, is that right?

ANSWER: That is correct.

ANSWER: It was not a commandment when it was given, but was made one later.

QUESTION: Who did this?

ANSWER: I think it was Brigham Young around 1860.

QUESTION: You mean the same Brigham Young who owned a distillery, made his own wine and kept it at his mansion, operated a bar in the Salt Lake House and drank coffee and tea?

ANSWER: I’m not so sure about that, but yes, we are told that it was Brigham that first encouraged strict obedience and then later presidents put more emphasis on it.

ANSWER: I’m sure Brigham and other leaders received revelation about it.

QUESTION: Can you tell me where this revelation may be?

ANSWER: Brigham and other church leaders have spoken about the Word of Wisdom hundreds of times.

QUESTION: But did any of them speak in the name of the Lord or by way of revelation?

QUESTION: Let me assure you, my friend, that they have made no such claim. If the church leaders claim no revelation on the matter then why do you give them credit for something they have never said?

ANSWER: Because they have told us they will not lead us astray.

QUESTION: And a salesman told me the other day that his formula could grow my hair back. Are you aware that Joseph Smith and many of the early brethren drank alcohol in moderation after this revelation was given?

ANSWER: Yes, but, as I said, the members were later commanded to cease from drinking alcohol.

QUESTION: Yes, but this is a commandment given by men that makes no claim as being from God. Are you also aware that Joseph installed a bar in the Nauvoo house and Porter Rockwell was the main bartender?

ANSWER: I haven’t heard that one.

QUESTION: Are you also aware that Joseph ordered in a bottle of wine to the Carthage jail to cheer their spirits just before he was killed?

ANSWER: I think I read that.

QUESTION: Now, if a little wine was all right for Joseph, Brigham and many other early brethren to use as wisdom dictated, then why is it not all right for you today? Do we have less brainpower today?

ANSWER: “Nevertheless, wheat for man, and corn for the ox, and oats for the horse, and rye for the fowls and for swine, and for all beasts of the field, and barley for all useful animals, and for mild drinks, as also other grain.”

QUESTION: What does it say that barley is to be used for?

QUESTION: And what else?

QUESTION: What is the most popular mild drink made from barely?

ANSWER: We sometimes drink one called Pero. It’s a good substitute for coffee.

QUESTION: Pero was not in existence in the days of Joseph Smith. Now think, for hundreds of years, what has been the most popular mild drink made from barley?

QUESTION: This my friend, is an historical fact. Beer is a mild alcoholic drink and it has been made from barley for thousands of years. If you are going to now consider the Word of Wisdom as a commandment then it looks like you are commanded to drink beer made from barley.

QUESTION: I don’t think so. The revelation promises good health to those who are obedient, and recent studies tell us that mild beer drinkers have better health, especially healthier hearts, than those who do not drink at all. Moderate wine drinkers like Joseph and Brigham are also healthier than those who abstain completely.

It makes sense to me to follow the original intent of the revelation, that the members be allowed to use their own wisdom as to what to eat or drink without some authority “constraining” them. Are you going to follow this commandment and not allow others to “constrain” your sense or wisdom?

QUESTION: I notice that each prayer and speech in the LDS church ends with the phrase “in the name of Jesus Christ, amen.”

ANSWER: That is correct.

QUESTION: Do you know when this tradition began?

ANSWER: I think it has been in the church from the beginning.

QUESTION: Not so. Read here the end of one of the most solemn prayers given by Joseph Smith as he dedicated the Kirkland Temple in D & C section 109 verse 80.

ANSWER: “And let these, thine anointed ones, be clothed with salvation, and thy saints shout aloud for joy. Amen, and Amen.”

QUESTION: So how did Joseph end this prayer which is perhaps the most important one of his adult life?

QUESTION: Do you see it anywhere saying “In the name of Jesus Christ, Amen?”

ANSWER: No, I guess not.

QUESTION: Can you find any speech or prayer that Joseph ended with the phrase?

QUESTION: They were few and far between. Have you checked the Journal of Discourses for this phrase?

QUESTION: It was used only once in a while by these early brethren. Do you know why it was used so sparingly?

ANSWER: “Behold, I am Alpha and Omega, even Jesus Christ.

“Wherefore, let all men beware how they take my name in their lips.

“For behold, verily I say, that many there be who are under this condemnation, who use the name of the Lord, and use it in vain, having not authority.

“Wherefore, let the church repent of their sins, and I, the Lord, will own them; otherwise they shall be cut off.

“Remember that which cometh from above is sacred, and must be spoken with care, and by constraint of the Spirit; and in this there is no condemnation, and ye receive the Spirit through prayer; wherefore, without this there remaineth condemnation.”

QUESTION: Some of the early brethren were under condemnation, but for what?

ANSWER: Using the name of Jesus Christ in vain, not having authority.

QUESTION: Now these men were given the standard priesthood authority through the laying on of hands, so what authority did they lack?

QUESTION: In verse 64 we are told what we must do to obtain authority. What is it?

ANSWER: We must speak the name with care and constraint of the Spirit.

QUESTION: And how do we receive the Spirit according to the scripture?

QUESTION: So would you agree that we receive authority to use the name through revelation from the Holy Spirit?

QUESTION: Do you think that everyone who gives a talk or prayer in church receives a revelation to use the name of Jesus Christ?

ANSWER: I must admit that is doubtful.

QUESTION: Would you agree that most use it as a matter of habit without even checking with the Holy Spirit for permission?

QUESTION: What does it say in verse 63 that God will do if the church does not repent of this sin and others?

ANSWER: We will be cut off.

QUESTION: Does this not concern you, then?

ANSWER: Not really. I’m sure the prophet will let us know when we are misusing the Lord’s name.

QUESTION: But if you are “cut off” how can the prophet let you know anything concerning God’s will?

ANSWER: (He has no answer).