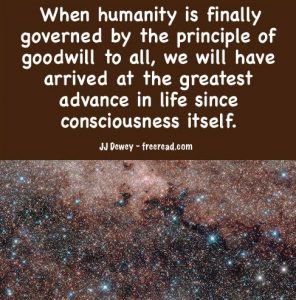 A reader asks this question:

“So how do you love your sadist, controlling, narcissistic enemy who spitefully uses and abuses you, when they are constantly doing just that and causing harm to an innocent you are protecting?”

Sounds like you are having some major problem to deal with. Such problems always provide opportunity for learning though it is not the type of learning the personality seeks while in mortality.

I have a daughter who is also in a precarious position. Her Ex tried to murder her, but she survived and prosecuted him and put him in jail for five years. Now he is out she has altered her identity in hope of staying out of his way. Situations like this are indeed taxing for seekers and they are more common than should be the case.

We need to understand that seeing the Christ in others is much different than any reaction to the outer personality, though it will influence how we deal with the outer self. Even Hitler had a Higher Self that is linked to God. Though that Higher Self would have been disappointed with its imperfect reflection on the earth, that may have even corrupted it in the soul level, the originating monad still exists with the qualities of love and light in the bosom of the Father Mother God.

In dealing with these situations I have taught about what I call the Lion Principle. The disciple will be aware that the lion is dangerous and may even eat him if he was not protected, ye in a protected situation at the zoo he can look at the lion, smile and appreciate it. Many an animal lover can appreciate even a dangerous animal because he sees all life as one and this life flows through all living things and one part is connected to all other parts.

Now let us take the person in life who is causing lots of grief. In examining him we must realize there are two major parts of this being. The first is the Christ self, connected to the true life aspect, which is very easy to love. The second is the lower imperfect reflection called the personality self which is often difficult to love.

The mission of the disciple is not to embrace the personality self, but to see behind all difficult personalities to the real self. This does not make the problems with difficult people disappear for we still have to deal with them. Instead, if we see the Christ within we view with a different attitude than one who does not.

Visualize two people viewing a lion at the zoo. The first realizes the lion is dangerous and that is all he thinks about and does not enjoy his visit for he sees lions as evil.

The second also realizes lions are dangerous but he sees a higher aspect involved in the lion’s life and doesn’t let the dangerous side affect the quality of his life. However, if the lion should get loose he would defend himself and do everything possible to keep his family safe just like anyone else. He wouldn’t try to lovingly embrace it.

Dangerous or obnoxious people need to be dealt with in a practical way. Sometimes you have to do something that they would not interpret as love. What is not realized by many is that teaching others a tough lesson that forces them to see with more clarity is an act of love.

When Jesus chased the money changers out of the temple he forced them to think about what they were doing and if they accurately reflected they would have been brought closer to embracing love of their fellow men and women.

On the other hand, this act provoked the enemies of Jesus and caused some to side with putting him to death. The disciple has to play a fine line and realize the possible implications when he teaches a lesson while also causing provocation. Sometimes you will not know what the end result will be. The best thing is to always follow the inner voice wherever it takes you.