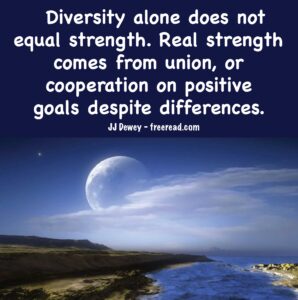 Gathering 2004, Part 24
The Vision of Gathering

Audience: Think of the powers we’ll have when this happens. Think about our evolution, the disciples’ evolution by the time the gathering comes. The first part has already happened and the second part is overshadowing. By the time Zion happens we will have had our powers for quite some time. If our powers are going to evolve into something we don’t have right now, we’ll be able to protect ourselves.

Audience: When you mention 2030 are you referring to the building on the ocean or the first gatherings on the land?

JJ: The plan is to begin the building on the ocean between 2025 and 2030. If the lights are not ready it will be commenced by innovative thinkers from the best of humanity.

Audience: How long will it take until we’re ready?

JJ: The exact future is nearly impossible to predict. We will physically gather when conditions are favorable. Until then gathering on the internet is the alternative.

Audience: Are we going to have to guess?

JJ: You won’t have to guess. We’ll tell you. We’ll make an announcement on the Keys about it, “the first step of the gathering has arrived.”

Audience: Are you going to tell us where to go?

JJ: Probably Boise will be the first place.

Audience: Where is this place in the sea that’s surrounded by water?

JJ: Probably somewhere off the coast of Central America. If we could acquire an island of significant size that we could buy and make a deal with the government that we could have complete ownership of it and establish it as our own country we could use it as a base and expand from there.

When we begin building this we’ll make a tremendous amount of money just from tourism. It’s not going to be a religious society. It won’t be like the Amish or the Mormons. The difference between America and the new land will be like the difference between England and America was. Some people will be pretty religious, some people will not. They’ll gather there because of the idea of greater freedom and of making something new that’s never been done before. That will attract people from all areas, religious people, new age people and irreligious people. We’re not going to discriminate between these.

The gathering is a sifting process. Jesus mentioned this. He said, “The kingdom of heaven is like a net that is thrown into the sea and gathers fish of all type.” At the end of the age, you throw away the trash fish and keep the good fish but you keep doing this over and over and over and you keep getting better fish all the time. When Zion is built upon the waters there will be people of all types gathered there. On the average they’ll be a few steps above the average person in the other nations. They’ll be some bad dudes there as well that will need to be handled. Then the time will come that we’ll leave the gathering there and leave it to whoever wants to be in charge and we’ll gather again to somewhere else. There will be several steps in the gathering until the true Zion will be built. Who knows, it’s possible it might even be built in Missouri after it’s destroyed and the final gathering takes place. You never know.

The Mormons believe Zion will be built in Missouri. Their early prophet, Brigham Young, said that Missouri would be completely wiped out and their final gathering place would be there. I don’t have any information on that for sure.

Audience: I take that as anywhere where people are pure in heart.

JJ: Right. Zion is the pure in heart. The people that will come will be people who have pure intent to serve or to better themselves. They won’t be perfect.

Susan: The good news is that my Son-in-law and I have been working with people who work with desalination so that you can take ocean water and turn it into potable water. We’re also working on magnetic motors and other sources of energy that will be perpetual type power so we don’t have to have pollution and fossil fuels.

Audience: Things that aren’t allowed in America because they are being repressed but they could be allowed in the new nation.

JJ: When the gathering takes place and we’re free from all the governments of the Earth then if we create a new power source we don’t need to worry about anyone stealing it. We can develop it ourselves and we may even develop ways to supply power to the various nations.

Audience: JJ, could you explain the pixels that Rick created for those who can’t conceive building a nation on the water?

JJ: Rick has come up with what looks like a good foundation building block. Overall, I see the individual housing units built something like Lego’s. Everyone know what Lego’s are? If you want a house or a place to live in Zion upon the waters we’ll build it here. We’ll have people hired and participating that are going to be members of the gathering. We’ll have giant construction crews building them here. They’ll be floated out to the floating city and linked up, one link up after another until we get a whole city.

Audience: So out there we would have our houses, our businesses, we build our own hospitals with our own healing techniques that we want with vibrations and colors. We can have our own schools, our own police force, our own sewer system.

JJ: Storms will be problem but fortunately we’ll be able to move around. When we see a storm on the satellite system we’ll be able to move out of its way. We’ll have a power source. It’ll be like a giant ship or they can unlink too. We’ll also eventually build cities that float in the air. That’ll be a tremendous tourist attraction. We may build them in the ocean but they’ll actually float in the air. Rick came up with some good ideas on that too. I never told him how this was going to work but he’s been thinking in the right direction.

Here is a link to some of the gatherings that are in the planning stage as of August, 2022

My son, observe the postage stamp! Its usefulness depends upon its ability to stick to one thing until it gets there. Josh Billings (1818 – 1885)