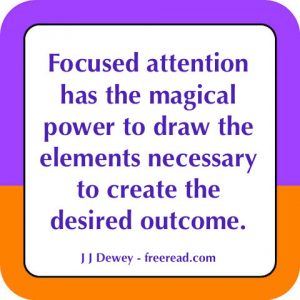 A critic accuses me of inventing a new version of the Middle Way and not siding with orthodox Buddhism. He thinks I need to put more attention of not placing an attachment to outcome.

It does not matter who has taught what and how revered they may be. If a person accepts a teaching just because it comes from one proclaimed as an authority then he has received the mark of the beast in his forehead and becomes a follower as a beast trailing after his master.

He who follows the true Middle Path accepts the soul as his only infallible authority and if such a disciple appears to be following a leader it is only because the two see as one though the eyes of the soul.

So, if the extreme left wing has no rules and the one in the Middle has no rules – what would be the difference between the two?

There is a difference between the two and a big difference it is. He who sees no rules or laws that apply to him acknowledges no cause and effect which is the eternal source of all laws reaching into all realms of existence.

He who sees no need for laws has not found the Middle Way, but he who is on the extreme (left or right) always thinks he has found the true Path, or the Middle.

Then he presented a second set of more esoteric teachings that have not been released to the world at large, but many of them are preserved to this day in ancient monasteries. A more complete presentation of his Middle Way will be revealed when his hidden teachings are revealed, but even then they must be studied under the light of the soul to be understood.

He speaks of mystics who taught … “and espoused the practice of doing whatever you do with no expectations of any outcome.”

Many have justifiably taught in this direction, but not in the light in which he has presented it.

There is a principle involved here and to get to the truth of this we must look at the principle in the light of the soul. When the principle is then seen in this light the seer will know more about it than he who has read every book on the subject.

One thing that is consistent with all the great sages and registers with the souls of most men and women is that within the mind of God there is a great Plan. This is mentioned often in the writings of Alice A. Bailey, HPB and others. The Bible also talks about the Will of God which implies a Plan of God.

Now my dictionary defines a Plan as “A scheme, program, or method worked out beforehand for the accomplishment of an objective.”

A plan therefore implies an expectation of a certain specific result. The fact that God has a Plan then implies that he has an objective and is expecting certain types of results.

Now we are told that we are in the image of God or more literally “reflections of God.”

As reflections then it is our natural inheritance to create plans and expect those plans to materialize.

If planning and expecting results from that plan is our natural inheritance as Sons and Daughters of God why then have sages appeared to have told us to not expect results?

The answer is that they have not.

The sages who saw the principle correctly through the eyes of the soul and have transmitted it to us have not told us to not expect results, but to not be ATTACHED to results.

Expecting results and being attached to a certain outcome are two very different things, but it is true indeed that enlightened ones have taught us to release ourselves from attachment.

The key to understanding is that one can expect results, yet remain detached from the result.

Let us use an example of an artist painting a picture to illustrate. To paint a picture of beauty the artist first creates a Plan for the picture. He then follows the plan and expects certain results. This expectation is similar to the principle of faith for there can be no beauty created without there first being expectation.

Suppose the artist makes his first draft and it does not turn out as he envisioned. Now if the artist were attached to the result then he would become angry and possibly give up on the project in frustration. On the other hand, if he is not attached he merely accepts that what has materialized is merely the result of cause and effects and if he wants the original plan to materialize then he must change the causes.

He who is attached is also attached to the causes and refuses to change them and is thus frustrated in materializing the plan.

But he who is not attached to outcome or the time frame involved changes causes as is expedient until the plan (or picture) is manifest.

But even as the Plan becomes manifest, just as hoped for, the Master Artist is still not attached even to this finished product of beauty. Perhaps now he can visualize an even greater beauty and thus introduce new causes producing even a more beautiful finished product.

The artist who has no plan, no expectations and follows no rules or laws will not a thing of beauty create, but such a person corresponds to one mixing several colors in a bucket and throwing it at the canvas.

The artist who creates a plan and follows through with flexibility because of non attachment is the one who creates the masterpiece.

Is this teaching not delicious to the taste of your souls my friends?

A reader criticized me for introducing some of my opinions rather than just teaching pure truth.

Is there something wrong with giving an opinion in this group? I notice the reader has given a few himself. Does this mean he wants to reserve the right to express opinion for himself and deny the privilege for me?

Or is it possible that he wishes me to tell him plainly when I am teaching some absolute truth and then of the other times when my words could be wrong, or just opinion?

Let me clarify this point.

Anything I teach could be wrong. Whether or not I am convinced of a certain truth carries little weight for the true seeker, for he still must find out all truth for himself through his own soul. If I were to demand or declare that certain teachings be accepted as truth beyond dispute and others of little worth because they are just mindless opinion then I would be directing you away from your own self discovery. What I consider as opinion could be true and what I consider as true could be illusion. My objective here is to speak the words of the soul to the best of my ability and let each individual decide in connection with the highest he can register as to whether or not it is true. Any muscle or ability increases in power with use and if I can be a cause in stimulating others to increase soul contact through consistent practice then I will feel good about the time I spend here.

1 thought on “Attachment to Outcome”