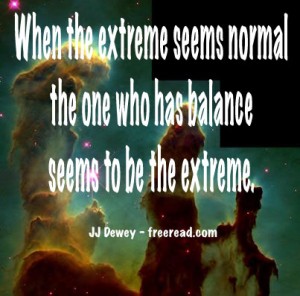 Oneness and unity is another grand ideal looked upon by alternative spirituality. Many look forward to a future that has a united world government and religion.

On the other hand, many in the new age and esoteric communities believe that the people of the world will become more enlightened until they will eventually agree on basic ideals and eventually agree more than disagree to the extent that they can all support certain spiritual and political endeavors as one people.

Most believe that if unity and oneness could be achieved through free will then the world would be a much better place and we would finally have peace on earth goodwill to men.

Unity and agreement are logically much better goals than is separation and the conflict that comes with it. And despite differences among the various people of this planet we have made some progress. For instance, in the beginning of America there was a great lack of unity between the states and territories. There was a consistent danger of aggression between various states, groups and territories. Fighting for independence against a common enemy and forming a union of states did much to set the tone of union.

Now it would seem out of place to worry about North Carolina going to war with South Carolina.

Countries in Europe for many centuries were at war with each other. We now live in a time where it seems extremely unlikely that England will ever go to war with France.

We have made progress, but we are not perfect and there is still grave danger of war in various parts of the earth because of a lack of unity and demonization of various countries.

Many spiritual teachers have taught about the need for union and greater cooperation between nations, and that is an excellent ideal to place before us. But where good turns to evil is when students interpret such teachings in black and white terms and consider attempts toward union as desirable without analyzing the situation. We must all realize that that not all unions are desirable, but instead can be a great threat to the world.

Perhaps there is no greater example of this than Hitler’s Nazism. He first united he German people under a one party dictatorship. Then through subterfuge he added Austria and Czechoslovakia. After that he decided to go for uniting the whole world and started World War II. We all know how that ended.

The problem with many alternative folks is they have not learned from the lessons of history and are one pointed in their ideal to the extent that many support any union that claims to be for our good.

For instance, most esoteric students supported the European Union and saw the withdrawal of the UK as a leap backwards in evolution.

This statement from DK gives us a warning about being too eager for them to unite:

In other words, union through free will cooperative endeavors is desirable, but with our current mindset we must be careful about centralizing too much power or a dictatorship could result. This accumulation of central power in the European Union has alarmed the English and others and rightfully so. It is better for Europe to take its time and unite under harmless conditions than to create a strong central authority that cannot be corrected or reversed.

Because Djwhal Khul had hope that the United Nations would succeed many students support most everything that organization does, without analyzing it or taking heed of DK’s criticisms of it, such as:

“The United Nations is still the hope of the world and can remain so; it is a great field of experimentation, but is suffering today from an initial error. That error was the admitting of a totalitarian Power into its nations. For seven long and terrible years the Forces of Light had been fighting totalitarianism. In the early days of the post-war period the Nations compromised with principles and admitted Russia to the United Nations. Had they proceeded to unite all the other nations of the world on the sure ground of economic reform, of needed national reorganisation and of regional groups (a better term than “blocs”), Russia would have been forced to conform, for her very existence would have been at stake. An initial error can lead to much trouble, and it is this type of trouble which the United Nations today faces.”

Many support the idea of unifying healthcare under the state under a single payer system without sufficiently comparing it to alternatives.

Communism seeks to unify the planet under its ideology and many students support any move in this direction despite this warning along with hope for the ideal from DK:

“Many of the people most violently fighting Communism could not tell you succinctly what those tenets are, but they are fighting – and rightly fighting – the totalitarian methods of cruelty, spying, murder, suppression and the lack of freedom. What they are doing in truth is fighting the abominable methods of imposing the rule of a few evil and ambitious men upon the ignorant masses, under the name of Communism. They are fighting the technique of exploiting the ignorant through misinformation, organised lying and limited education. They are fighting against the sealing up of nations within the confines of their own territory, against the police state, the lack of free enterprise and the reduction of men and women to automatons. This is the true imprisonment of the human spirit. The situation is, however, so pronounced and the evil so obvious (and the human spirit so basically and divinely strong) that it will eventually defeat itself; when the present group of totalitarian rulers (behind what you call the “iron curtain”) die out a different state of affairs will gradually supervene and a true Communism (in the spiritual sense of the term) will take the place of the present wickedness.”

In summary we need to ask the question as to what are the right conditions for a beneficial union. Here are a few:

(2) Work with cooperative endeavors through free will. Examples of this today are nations working together on the Space station, the CERN collider, the refugee problem, trade and others.

(3) Stress cooperation and utilizing differences rather than attempting to create sameness through some misguided and forced standard.

(4) Accentuate the positive. Avoid demonizing other nations and peoples and look for ways to utilize that which is positive in them.

(5) Make overtures of goodwill, but analyze the results for future action.

A united world will eventually come, but it could be delayed if we take thoughtless gambles that take us toward too much central authority, leaving little room for individual initiative.

Here’s to hoping for union and oneness where freedom of the human spirit is preserved, no matter how long it takes.