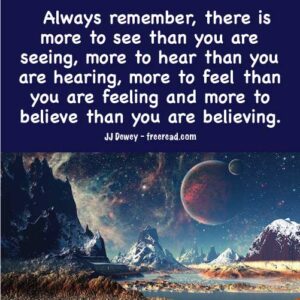 A reader expresses difficulty in accepting that a master may occupy the body of a disciple or that the disciple would  share his body.

The divine possession does not involve the sharing of two personality vehicles. Remember we are not our bodies, but our bodies are vehicles that we use. Divine possession involves two conscious entities in one lower triad which is composed of one physical/etheric body, one emotional body and one mental body. All three of these bodies belong to the original occupant.

Any two entities can tune into each other’s minds and hearts through the Oneness Principle whether they be in the physical or out of the physical so long as they have soul contact.

Visualize the vehicle being a car instead of a body. Two people, Jack and Jim, are driving in a Lexus. Jack owns the car and has complete control over it. However, they are entering a neighborhood with many strange streets with which Jack is unfamiliar, but Jim knows very well. Jack decides that it would be more efficient to have Jim drive while in this territory. Jim takes the wheel, but since it is Jack’s car he can take it back any time he doesn’t like Jim’s driving. Jack can also decide to continue doing the driving and receive instructions from Jim as they move ahead. Everything is done according to the free will of the owner. He has to cooperate before Jim is able to exercise his will.

Reader: The two minds “become as one mind, intertwined and understanding each other”. However, I do not see how it is necessary for the other entity to occupy my physical body in order for this to take place.

I have never taught that Jesus vacated his body. DK mentioned this, but I think this wording gave a wrong impression of what happened.

It is always important to know truth wherever that truth lies, especially a truth that is centered around a true principle such as this one. You never know where that truth will lead you.

When scientists first started theorizing about atoms and how they may be structured many criticized them as speculating on useless knowledge. As it turns out our knowledge of atoms have lead to many astounding inventions and scientific finds.

Understanding the principle of Divine Possession is of extreme importance.

Because the Molecular Order cannot be established without it. As written in my book, it is the necessary link between heaven and earth that can connect the disciples to the living vine of which Christ spoke. Without this link the molecules will have no life and only be like other existing groups on the earth.

When Jesus was here, the divine possession created a link so the spiritual power of the hierarchical molecules could flow into the earthly molecule. One who is a part of the eternal chain must be here on the earth linked to a disciple in a physical body for the full powers of the new life to be manifest.

After the resurrection Christ dwelled in Peter’s body for a time to continue the link. This is why the Catholics believe the Pope is still sitting “in the place of the Son of God.” This was passed down through the ages like Chinese Whispers and now their understanding is corrupted.

Reader: I don’t believe the physical interpretation is true, and everybody else can believe what they want, but my experience (at least as I interpret it) tells me otherwise. I have previously gone into this in detail in my last two posts.

JJ: All are free to believe whatever they wish here as well as present their point of view within reason. It sounds like you are trying to prove a negative. You are saying that because you have not experienced a divine possession then this means it cannot happen. Because you perceive that your spiritual experiences did not involve two spiritual entities in one body does not mean it cannot happen.

The scriptures make it clear that the Dark Brothers can possess the body of another so if we believe that then we know that such a thing is possible. The Dark ones get all their knowledge of true principles from the Brotherhood of Light and then distort them. This means that if the Dark Brothers can have the experience of two entities on one body that the Brotherhood of Light can surely do it also if the need arises.

If one has the experience of the Divine Possession then he will know what it is. If a Master is in your body with you there will be no question about it. It will be as obvious as your knowing that your lungs, stomach and brain is in your body.

There are many levels of spiritual experience and when you go up a level or two words become inadequate. The description of Divine Possession will sound to one who has felt a spiritual endowment like something he has experienced, but they are very different.

I would describe it something like this. One person is basking in the light and heat of the sun and describes it to others.

A second person has a sun burning in its strength inside of him and feels the full intensity of the nuclear power.

The difference is like night and day, but the description may be the same for how could one describe what it would be like to have the sun within him and not be consumed?

A Divine Possession is a rare occurrence and only happens to establish a foothold of spiritual power upon the earth so the spiritual Hierarchy can extend itself to our plane so God’s will is done on earth as it is in heaven.

Question: Does a person’s body have a literal door?

If the two entities of light are sharing one body there is a blending of their Spiritual Triad which DK calls Atma-Buddhi-Manas (higher mind) The synthesizing of the two Spiritual Triads indeed causes the disciple to be in the Master and the Master in the disciple. The physical, the astral and lower mental are merely vehicles to use to reach our world, more than vehicles for sharing consciousness.

If a wayward individual and a dark entity share one body then the sharing will be only in the lower triad of the physical, emotional and lower mind.

Question: If Christ is not consciously manifesting in a dense physical body, what does it mean to be “in Christ”?

JJ: DK tells us that Christ presently lives in a dense physical body.

In general to be “in Christ” simply means to attain soul contact. A person does not need Divine Possession to be in Christ.

As I have said numerous times there are at least three interpretations that apply to every inspired scripture. Revelations 3:20 is no exception. The way you interpret it is one that is valid, but there are others.

Reader: Why could not this entire over-shadowing take place on the Buddhic or intuitive plane? If I remember rightly, that plane is not a plane of form, and if the interaction takes place there, why should it have to confirm to the rules of form?

JJ: The higher planes are involved but the connecting link is the higher mental plane which connects the higher and the lower. With this link the overshadowing entity can participate clear down to the physical.

While the Buddha is only in his etheric body the Christ is in the physical. DK says this:

“Christ and His disciples are known by many to be physically present on Earth and the Kingdom which They rule, with its laws and modes of activity are familiar to many, and have been throughout the centuries.”

“A truth hard for the orthodox thinker of any faith to accept is the fact that Christ cannot return because He has always been here upon our Earth, watching over the spiritual destiny of humanity; He has never left us but, in physical body and securely concealed (though not hidden), He has guided the affairs of the Spiritual Hierarchy, of His disciples and workers Who are unitedly pledged with Him to Earth service.” Externalization of the Hierarchy, Page 604

Even though Christ is in a physical body he is not limited by it. He can fold it back into the spiritual and work from the Spiritual Triad or even be reborn again if need be. Or he can stay in the physical and work through the power of meditation.

“All things are possible with God.”

The reader seemed to think that the overshadowing strictly applies to the physical plane.

There are three general categories of overshadowing.

(1) General contact to the spiritual internet through the Oneness Principle. Here the disciple can tune into principles and ideas from the minds of the Great Ones.

(2) A master brings a disciple into his aura and opens the door to access between the two for greater one on one communion than happens through the Oneness Principle.

(3) Divine possession. Here the master for a period of time will come into the body of the disciple to assist in accomplishing a certain mission. This has little to do with any new initiation and much to do with bringing about the will of God manifesting on the earth.